From Manila I rode a bus for 2 hours to get to Batangas Port. I waited for 3 hours for the boat to leave. Then it took us 10 hours travelling on calm seas to get to Romblon Island. When we arrived in Romblon Island I wanted to see the world of famous Romblon Marble and bang my head onto it. ANG HABA NG BYAHE!!!

But luckily I had Dazl, Marky and Pam with me to think twice of banging my head to a marble so that I would still have companions on this trip.

Anyways, here are 14 reasons why I should not bang my head to a marble.

1. Hunt and eat the Boknoy 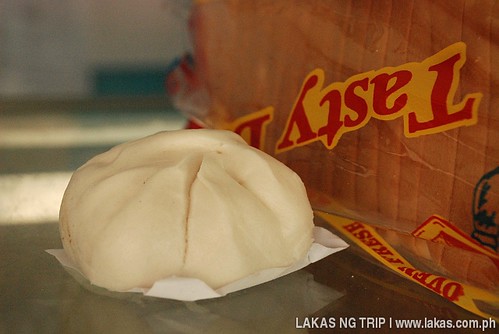 Boknoy is a type of siopao that is currently only found in Romblon Island. The difference between the boknoy from the usual asado and bolabola flavored siopao is the sauce. Boknoy siopao already has a sauce inside so one could just eat it without the messy application of siopao sauce. If you want to know how good it is, in my visit to Romblon province I ate a total of 15 pieces of these. 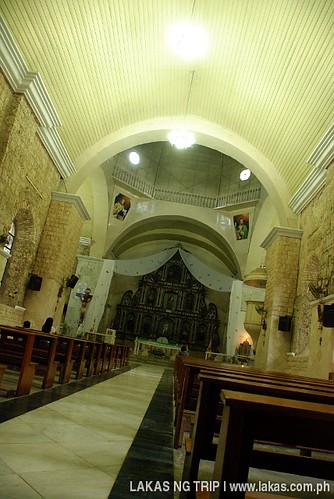 There’s an old church in the Poblacion of Romblon Island and the inside is marble-ous! There’s also a bell tower on its side. 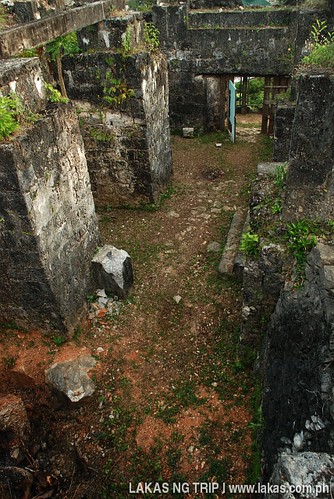 Only a 20 minute walk and climb of stairs from the port one may reach an old spanish watchtower. Frankly, the place is not well maintained and there already residents around it that hides the other facilities of the watchtower. But still it is a great place to see the town especially the sunset.

4. Get a different perspective of the town from ITT 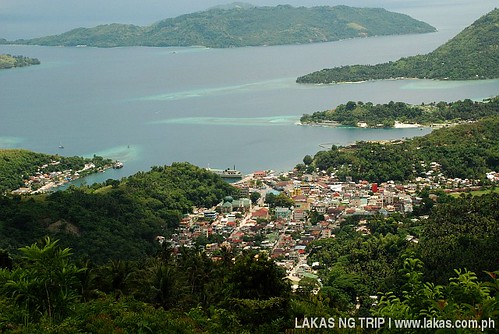 According to locals this is the highest point in the island where one could only reach by driving on the rough and steep winding road. The view also is much better than from Fort San Andres. The only disadvantage of this place is its accessibility.

5. Get wet on the fine sand of Tiamban Beach 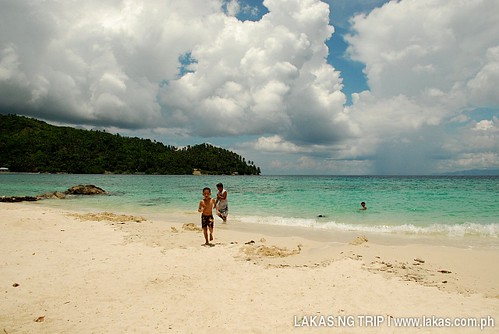 The finest sand I’ve seen in Romblon. The color of the sand is light gold too. Add to that its clear waters. That equates to a place to rest and swim.

6. Cross the long sandbar of Bonbon 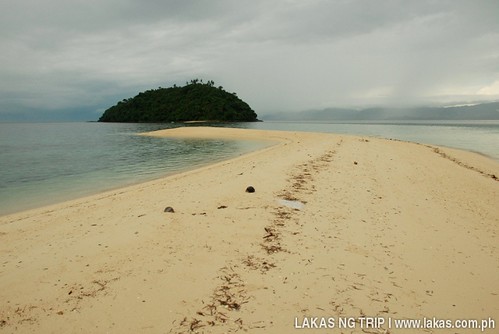 Though the sand of Bonbon may not be as fine as in Tiamban Beach but the sandbar here is what I consider special. It’s an almost 500 meter long sand bar that changes shape seasonally. Plus the sand bar can only be crossed to Bonbon island during lowtide.

7. Visit the Bird and Mangrove Sanctuary 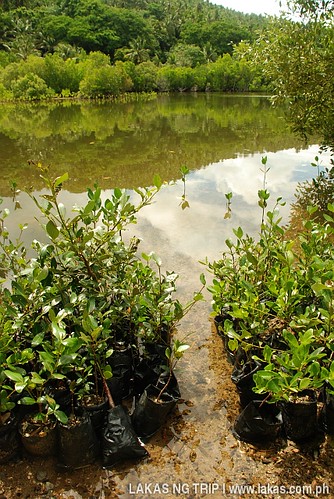 For bird lovers this place is for you. There are a lot of birds here eapecially during late in the afternoon or early morning. When we visited it was already near noon, though we did not see any birds I was still amazed to see how they are transplanting mangroves from seedling bags. This one should not be missed.

8. Go up the Apunan Point Lighthouse 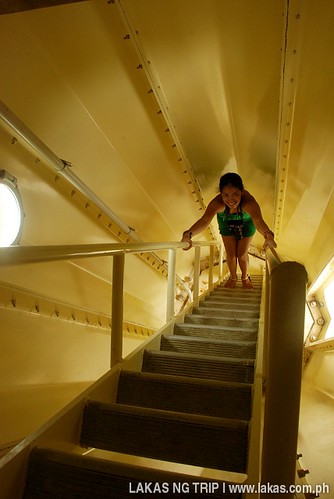 One of my favorites are these lonely sentinels of the sea. And because we were kind and the caretaker was in a good mood we were given the priviledge not only to see the lighthouse near but also to climb up and see the scenery from atop. 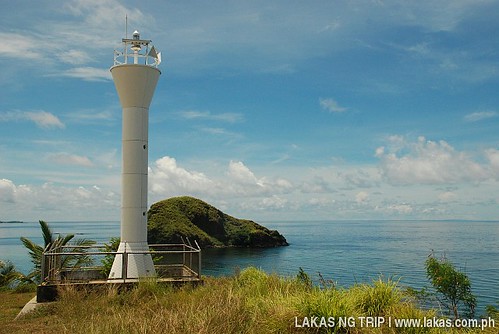 Unfortunately for us on this lighthouse we were not able to see climb up but the scenery on where the lighthouse was built is superb. There’s also beach below too. 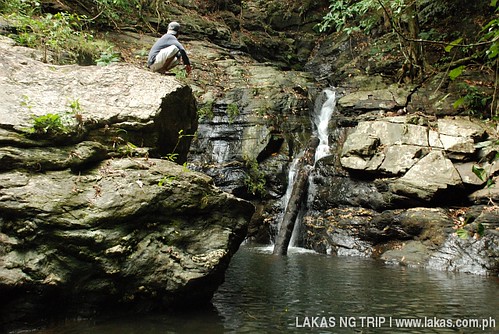 I wasn’t expecting to see Romblon Island to have a waterfall but it did and according to locals there many. But many of them are not active during the dry season. Fortunately, the waterfalls at Brgy. Agbaliga was active so I get to enjoy the cool water there. 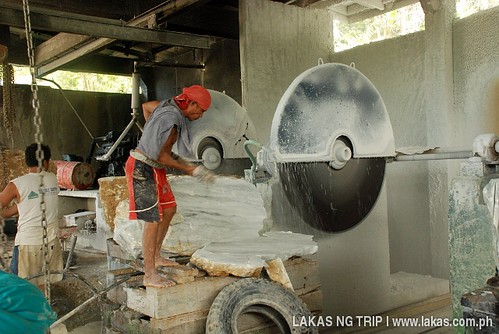 Did you know that marbles arw so hard that only a cutter with a diamond tip could cut it? But when we entered this big facility for cutting marbles there were huge round blades rotating and tediously cutting huge marbles. Many of the marbles are even bigger than me.

12. Observe how they do Marble Carving 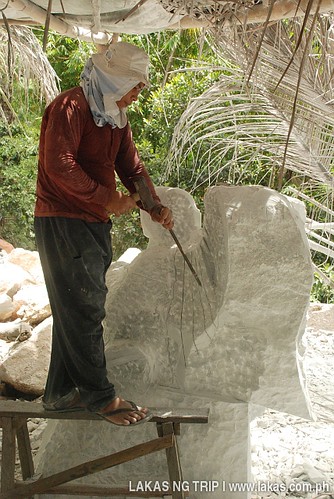 Just when I thought that only huge marbles are for cutting we saw these marble carvers along the road and they were carving seriously huge marbles. One of them was a feet and another was an ifugao head hunter, both are bigger than me. There were also dragons and saints being carved.

13. Buy pasalubong from the Shopping Center 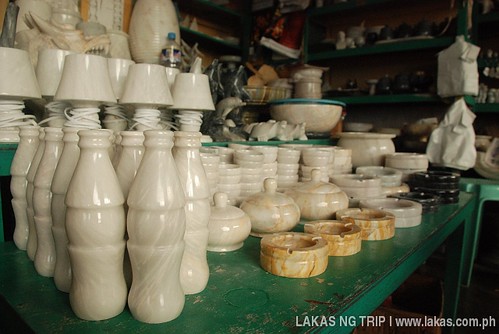 Somewhere near the port is the Romblon shopping center where one can buy big sculptures of dolphins and dragons to a small pendant. You may also find the petzl and mortar that is sold at 150 pesos per piece useful in the kitchen too. 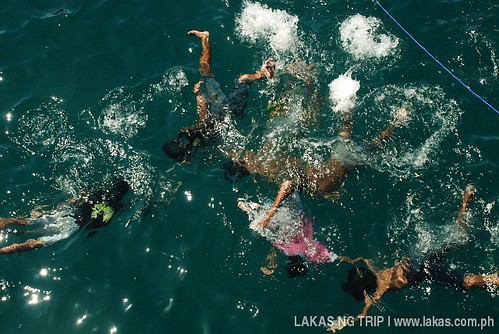 Before the RORO boat leaves for the Batangas there were teenagers swimming on the waters below the boat. They were asking for passengers to throw coins for them and in return they will dive it for you. I’ve seen a lot of these before but this one is different as I can see the divers beneath waters because the water in the port of Romblon Island is clear. It is best to throw your coin in the middle of the divers so you would see how many would scramble for your coin.

There’s a lot of unique things to see in Romblon Island especially the way they mix their life with marbles but the true beauty of Romblon lies with its kind and gentle people. Talking to them is a must when one visits Romblon Island.

It was a long tiring trip to Romblon Island from Metro Manila but the trip was worth it. It was a good thing that I was able to refrain from banging my head to a big chunk of marble because Romblon Island is just a small part of Romblon province and we still went to many different amazing islands of the province. .

P.S. Boknoy siopao is sold at 6 pesos per piece if you buy it from the bakery who makes it. The bakery is just walking distance from the port. Ask around to know where it is located. 🙂

P.P.S. I currently live in Palawan but I’m seriously considering living in Romblon Island in the future.