The first time I heard that the longest bridge in the Philippines was San Juanico Bridge it became my dream to cross it from end-to-end by foot alone and last September 20, 2011 that dream finally became a reality.

Arriving, I told my aunt who’s living in Tacloban City that I wanted to walk on San Juanico Bridge from end-to-end. When their multicab passed by the start of the bridge and stopped at the highest point she told me that this was where I should go down and start walking. Problem was, this was not my dream. I reminded her again of what I wanted to do and she told me that the bridge was 2.162 kms long and walking with the sun’s heat at 2 in the afternoon would not help me either. But crossing the San Juanico Bridge inside a vehicle was not my dream. I explained to her again that I wanted to walk it from end-to-end and I could handle distance and the heat of the sun. I was determined even if they left me there, I know I could find a way to get back to Tacloban after walking the bridge. Luckily, she agreed and dropped me off at the Sta. Rita, Samar side of the bridge and will pick me up at the Leyte side after 30 minutes.

Then my walk started.

According from the Department of Tourism Region 8 office the bridge was constructed to look like a letter ‘S’ when looking from Samar side and a straight line like the small letter ‘L’ at Leyte side. 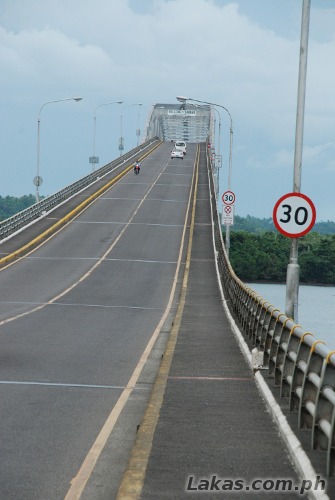 A straight line as a small letter 'L' for Leyte

The bridge crosses over the San Juanico Strait, the narrowest straight in the world and said to have a thousand whirlpools. During my walk I was beginning to think that the thousand whirlpool was a joke since there were many fishermen with small boats under the bridge, there were also fishpens constructed at the waters of San Juanico Strait and most of all I did not see any whirlpools. Later in my trip, my uncle explained that the whirlpools occur when there is a changing of the tide and it was not strong enough to eat the small boats and fishpens. Unlucky for me, the tides were not changing when I crossed. 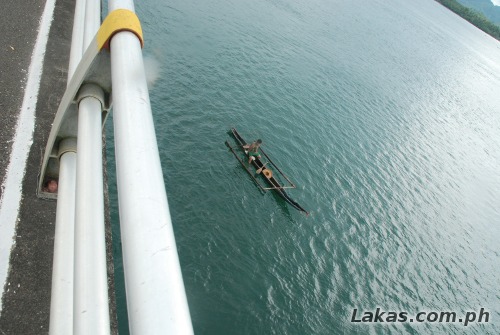 Fisherman with a small bangka near the bridge 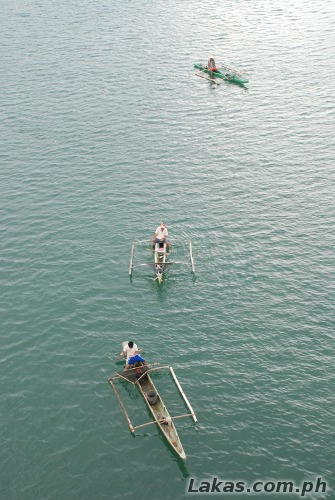 Fishermen near the bridge 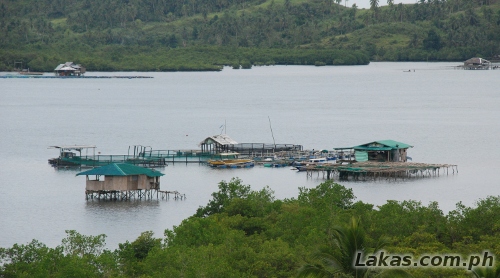 I did battle the strong winds on the bridge and felt mild earthquakes everytime a vehicle passed by, especially the trucks. 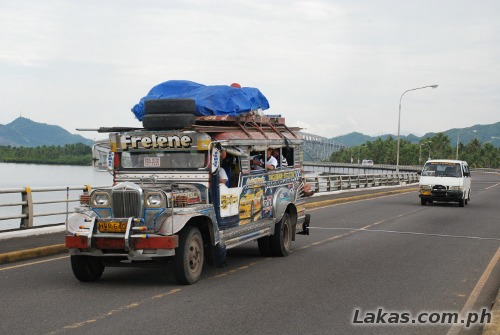 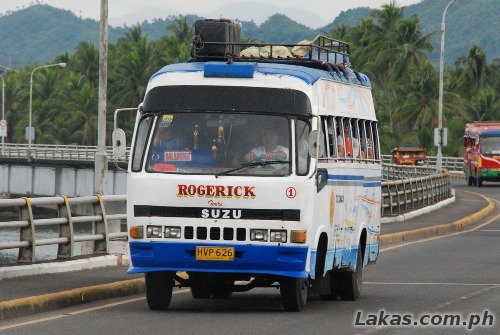 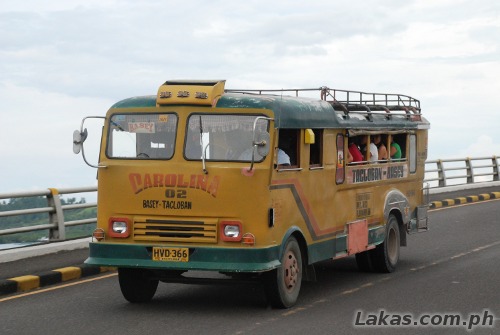 Jeep or a Bus? going to Basey, Samar 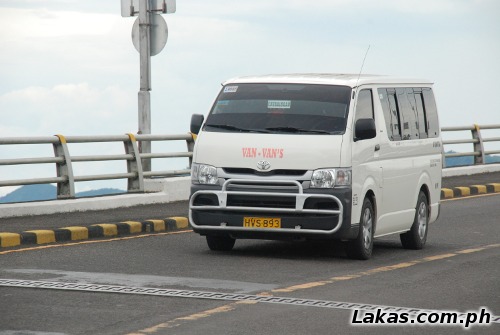 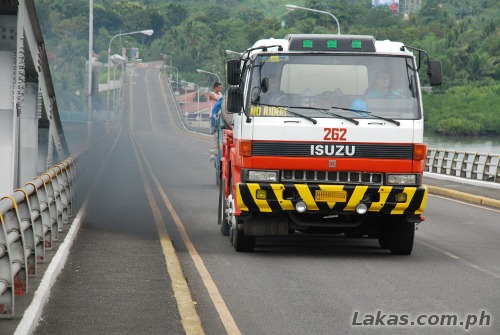 As I saw the smoke belching truck above, I was planning to take a picture and cross the road. Unfortunately, there were other vehicles crossing the other side of the road fast, this made me endure breathing the polluted air for less than a minute but it’s better than getting hit by vehicles. 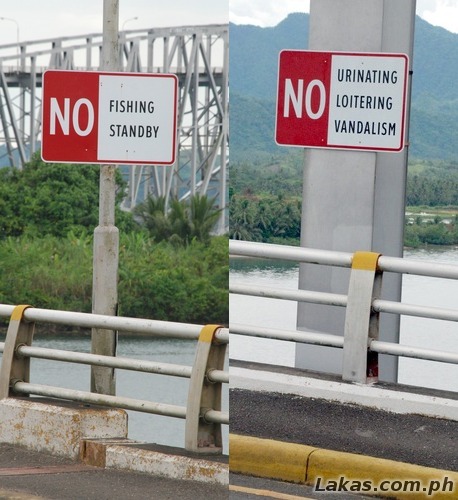 NO signs of San Juanico Bridge

After 40 minutes of walking under the sun, battling the winds and the frequent earthquakes I was finally able to make my dream into reality. What took me 40 minutes to achieve actually felt only 5 minutes because walking San Juanico Bridge is a picturesque walk. This is a must try to all visitors even if you do not have a camera. 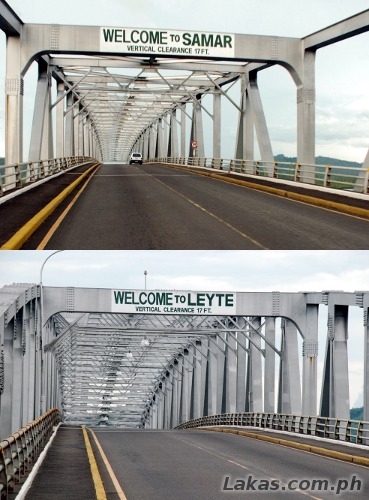 HOW TO GET THERE

From Tacloban City, ride a jeep or bus going to Samar. All jeeps and buses going to Samar will pass by San Juanico Bridge. Fare is approximately 15 Pesos.