Every time I see the topographical features of the barangays in the Cordillera, I always wonder how do they carry their babies? 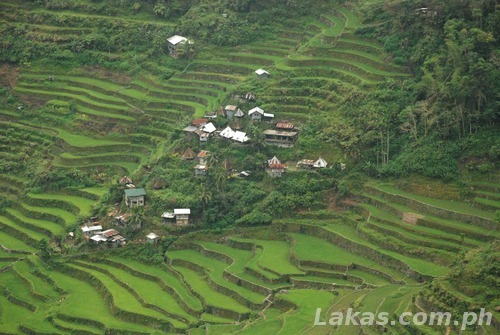 Obviously, strollers are not an option here. Mother’s in the Cordillera carry their child by tying both ends of a cloth together and wrapping it around their body and placing the child in the cloth. The mother then does her everyday work/chores carrying the child. They call this style of child-carrying Aban. 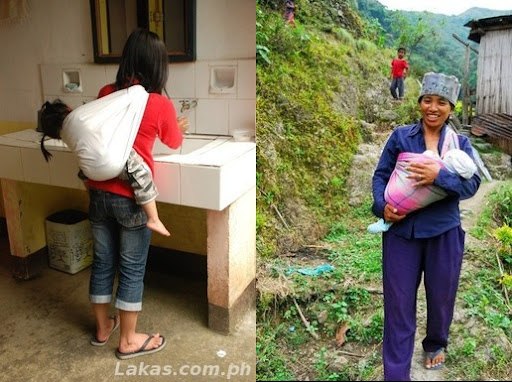 The cloth used can be a simple blanket, flour sack or their famous ethnic weaving. But they rarely use the ethnic weaving because of its thickness making it hard to tie a knot.

What are the advantages of using the child-carrying style Aban? 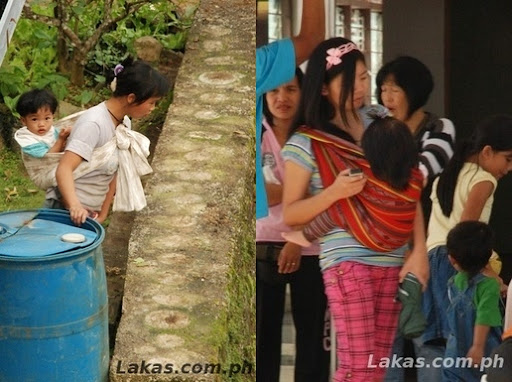 If you use your creativity, you’ll notice that even a modern woman can also use the Aban. In fact, one of my favorite Pinoy Travel Bloggers uses the child-carrying style Aban, she’s the Pinay Travel Junkie. 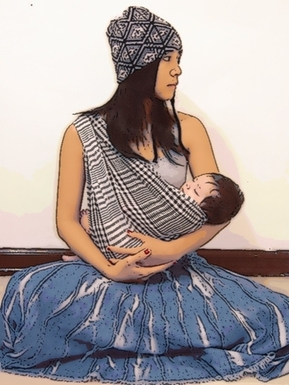 The city may not have the same topographical features of the mountains in Codillera but if you observe carefully we actually go up and down a lot of steps and stairs in our daily lives. So if you do not want to be hassled by these small obstacles and you want to be closer to your child while they grow and still be hip, cool, environment-friendly and strong, do not be ashamed to use the Aban. 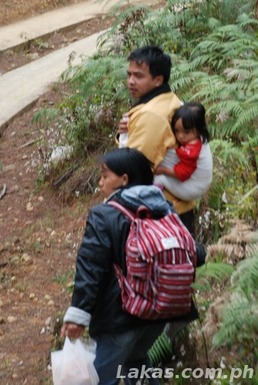 The father carrying his child by using the Aban while they were walking down the road in Babalak, Kabayan, Benguet 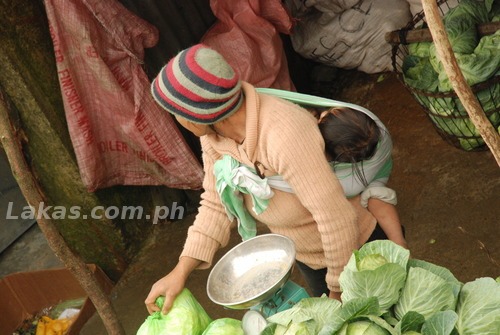