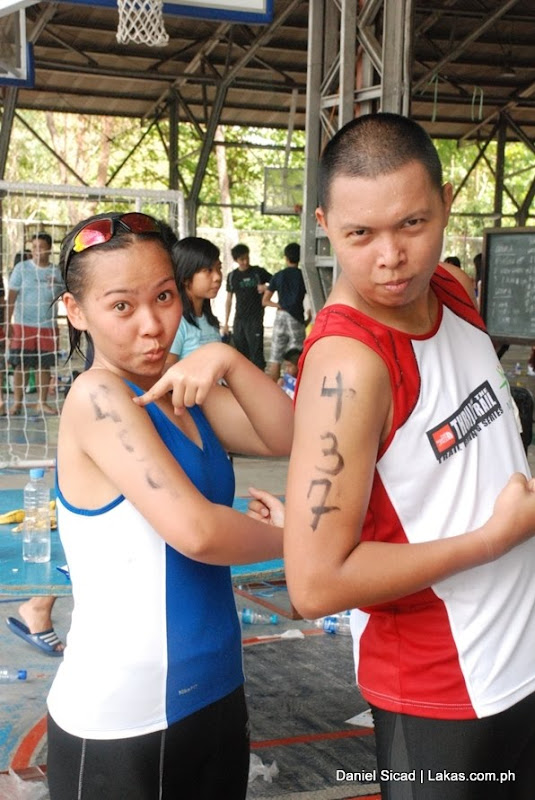 Itâ€™s almost a week now since the Ateneo Aquathlon 2010 event, I was not a participant there but I went cozâ€™ my younger brother [/boss] Josiah [Sai] asked me to take pictures while he and Cat partake in the event. Itâ€™s my first time witnessing an aquathlon, cozâ€™ I’ve only been to a marathon when I joined Kennyâ€™s Urbanite Run 2009. Ever since then I couldnâ€™t get myself to drag my feet out of the bed and join another marathon, as those kinds of activities usually takes place early in the morning [way too early for an insomniac like me].

We met Cat at McDonalds Katipunan around 8:30am, since she and my brother should be at Ateneo around 9am to login at the event. There I met kuya Bobong [donâ€™t know if I should call him kuya since I donâ€™t know which of us is older] who was also there to support my brother and Cat at their first aquathlon. After Cat and [kuya] Bobong finished their breakfast we headed straight to Ateneo [us brothers didnâ€™t eat cozâ€™ we were running short on cash, tiis-tiis lang sa gutom].

When we got there I was surprise to see many participants, since I expected not a lot of people would join because there was a Pacquiao-Clottey fight during those times. The crowd was majority of students, only a couple of old guys [but young at heart] like me was to be seen. After Cat and Sai check-in at the event we went to the pool area, where a lot of partakers were already warming themselves up in the water. 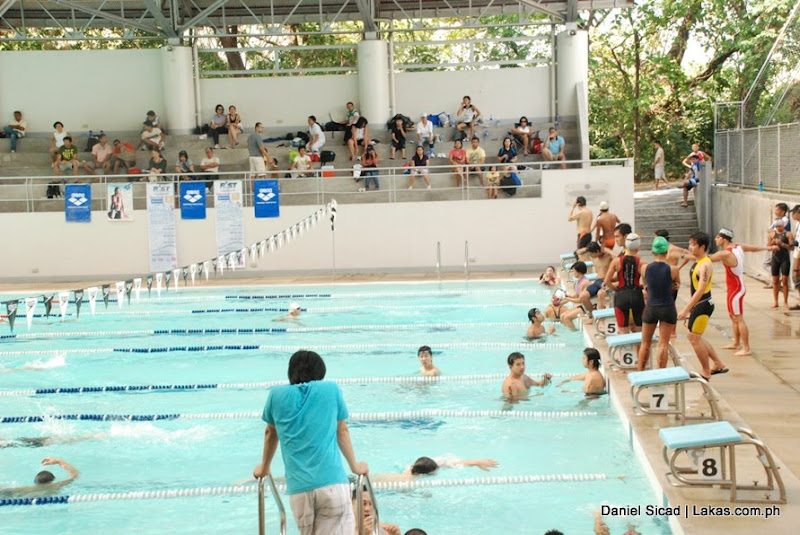 people warming up before the event 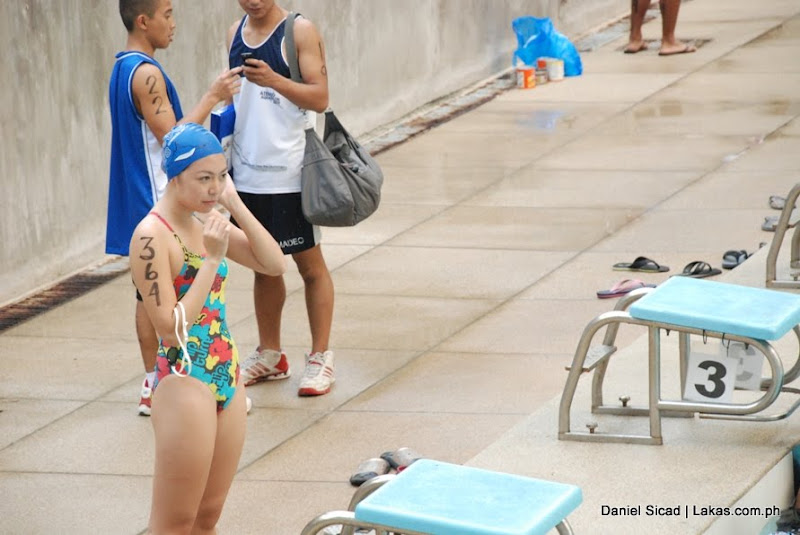 The event started around 10:30am. You could see that the contestants were lively and excited. When the organizers signaled them to start, their competitive spirit lit up [they were shoving each other, kidding]. All the participants started strong in swimming, the pool had 8 lanes but on start up they only used 1 lane and they have to make their way to the other lanes. They were like a school of fish that are swimming close to each other. Â The distance of swimming to be completed was 600 meters, but since the pool was not that big it requires the contestants to do 3 laps in the pool for them to complete their mileage [meterage. lol]. 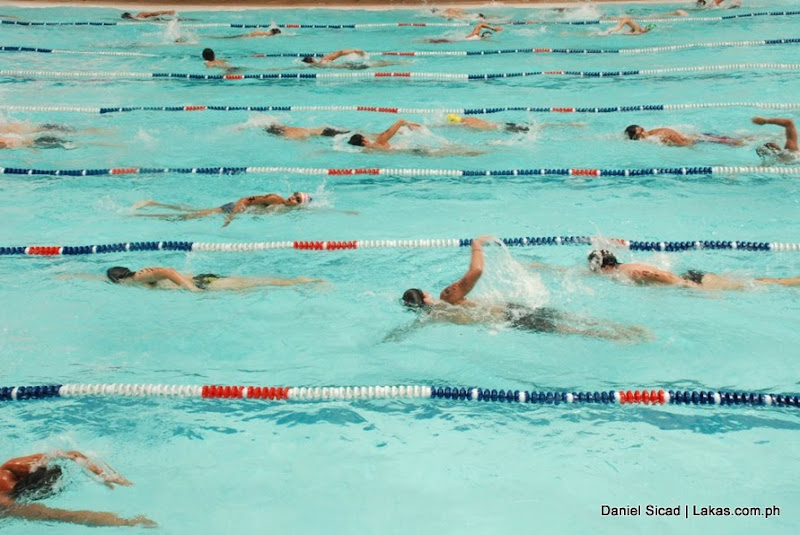 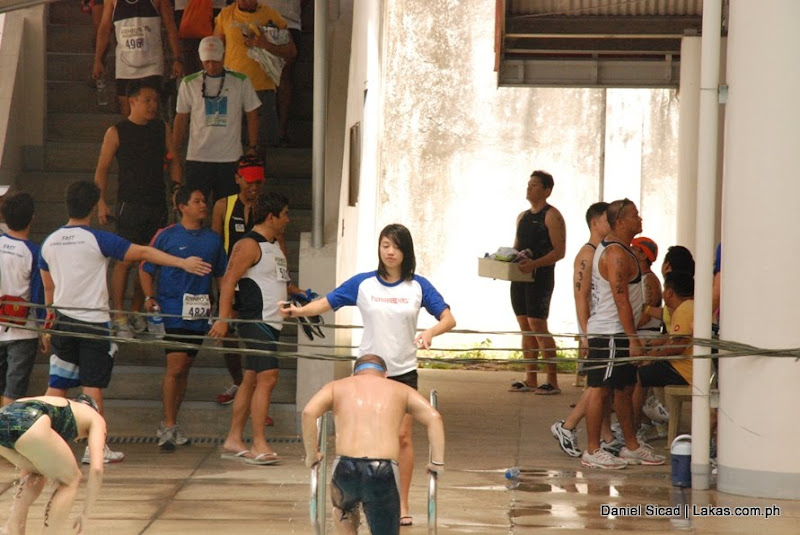 a participant finished in swimming

When they completed their course in the pool area next was the transition area. Thatâ€™s the place where they could change clothes from swimming to running. I thought this area was just a place to change getup, but my brother said that it is also being timed by the officials and it will be tallied in their overall time. 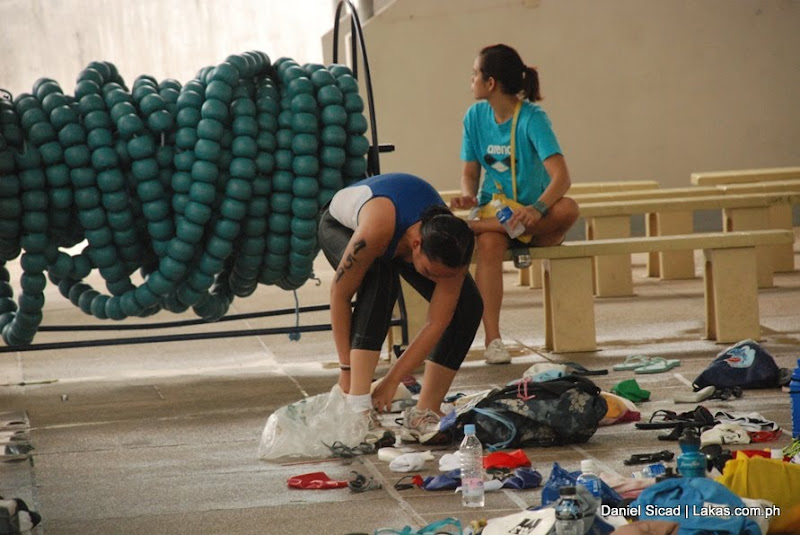 The contestants also have to go run 6km. Man, to most of you runners I know this is like a warm up, but to me I was already out of breath just by running uphill a couple of meters. The sun was high and mighty, there were runners who were already walking because of exhaustion [if it was me, Iâ€™d probably be crawling]. But the organizers was prepared for this type of scenario, theyâ€™ve setup water station and banana station [yey, but the fruit was only for the participants. sucks!] to replenish the energy of the contenders. They were served by officials [who are really cute, made me wanna run at the event, pasikat!] and they also have support officials at the side of the road who was shouting â€œgo [bib number], faster, you can do it.â€ [In tagalog: bilisan mo, ang kupadkupad mo!!!]. 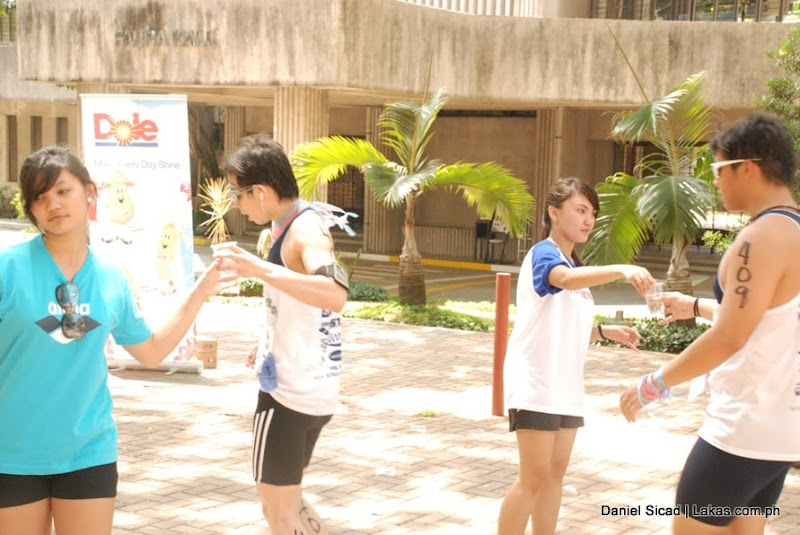 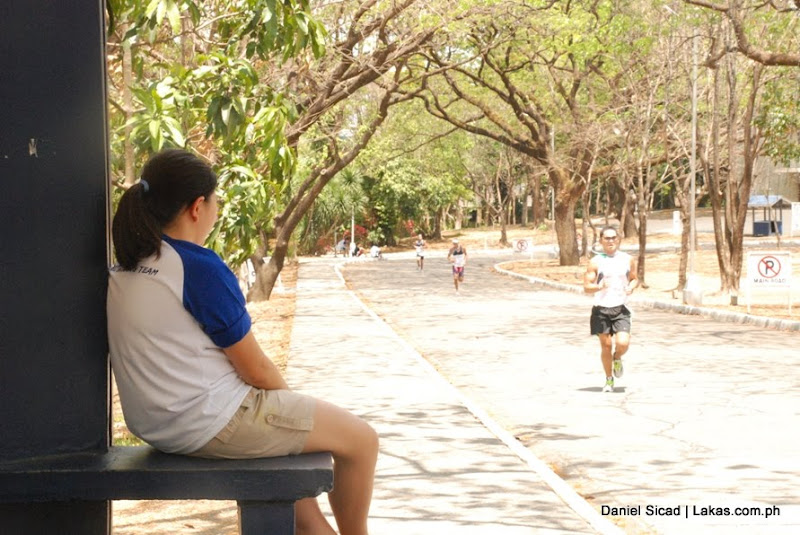 an offical cheering contestants to go on

Below are some pics of runners: 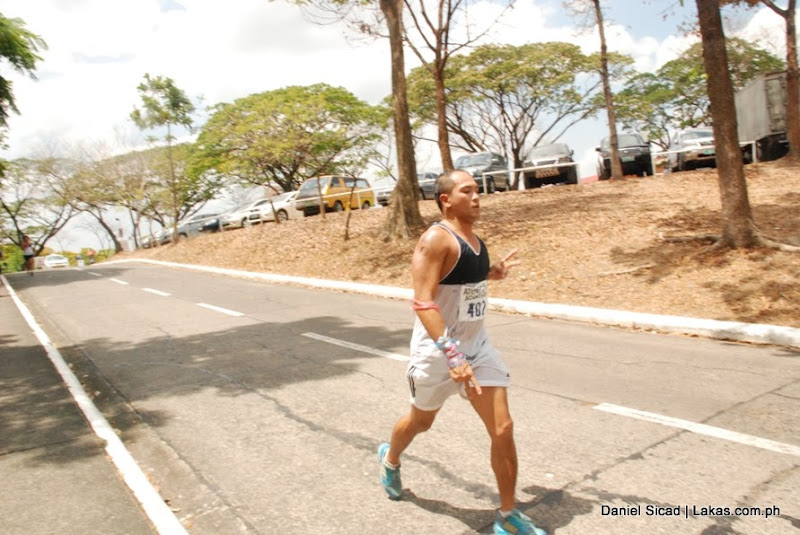 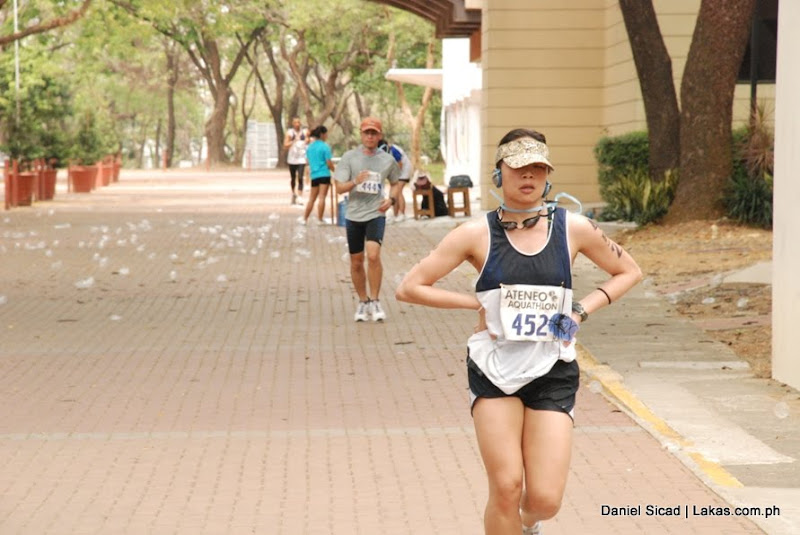 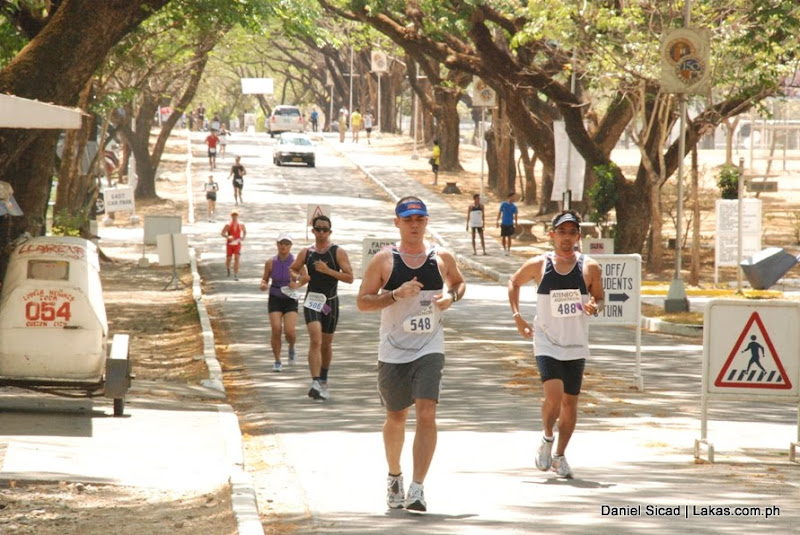 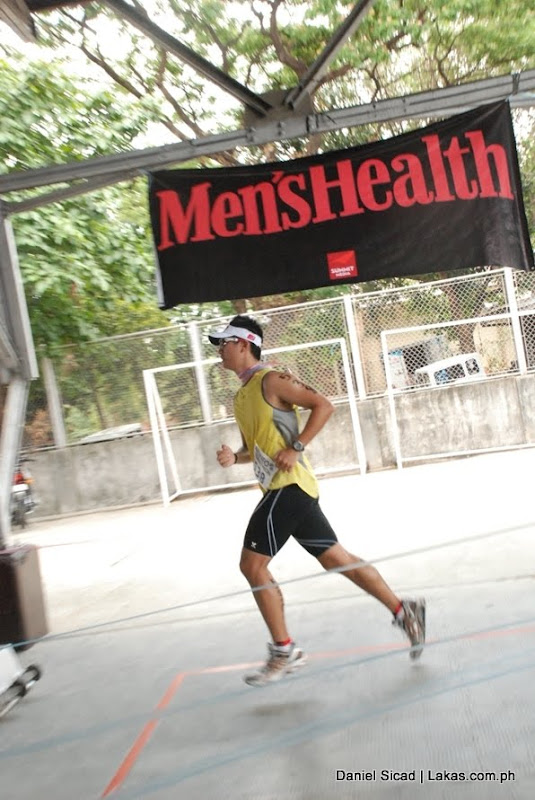 Overall, I think that the organizers did a great job in planning and implementing this event. They made sure that the participants were well taken care of and everyone had a fun time. Congrats to those who joined and finished! Iâ€™ll try to learn how to swim so I could join next year [lol]. 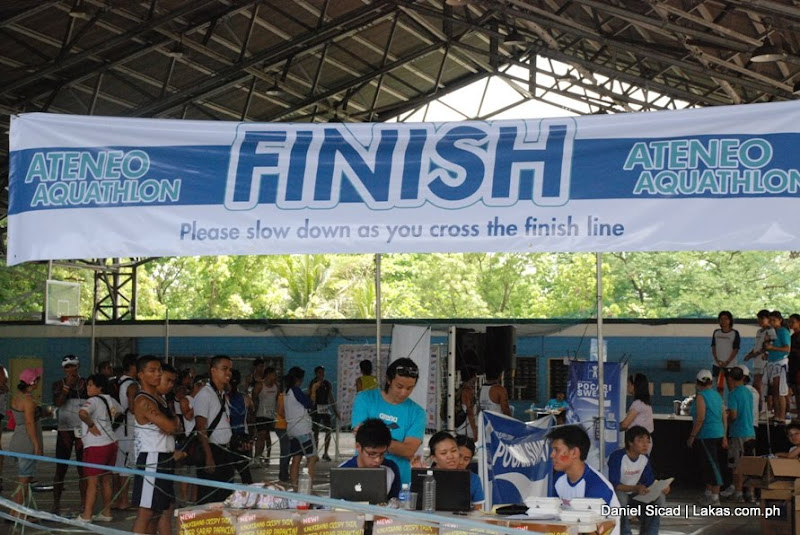 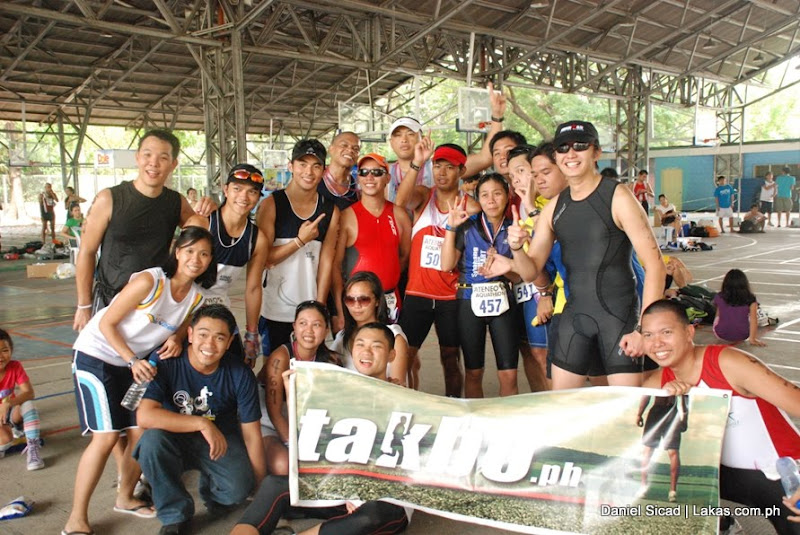 You can view the race results here.