When we were deciding on where to go site seeing in Baler, our friend from Baler told us that we should go to Philippine Atmospheric Geophysical Astronomical Services Administration (PAGASA) Weather Station. It was just up a hill and from the base of the hill it would take us only 10 minutes to get there. Little did we know that the Hill was STEEP! with only a single road. Luckily going up there we did not meet with other vehicles that are going down. 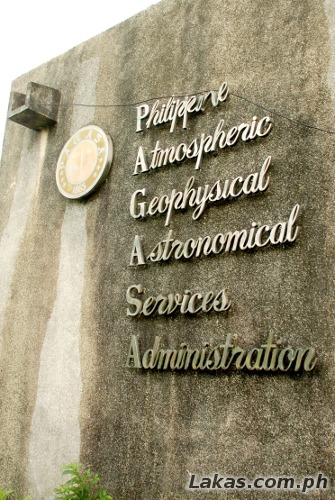 So was the ride going up the steep hill worth it? It’s a definite YES! Since we were on top of a hill, the view offers a 360 degree view when you are on top of their building. You can see the Dicasalarin Bay and other parts beaches and islands of Aniao. 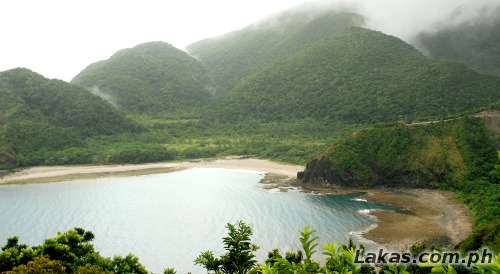 But if you’re a geek like me then these equipments would very much interest you. 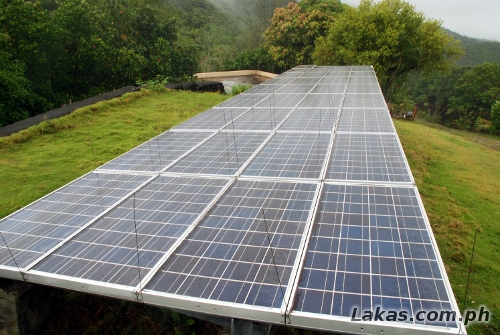 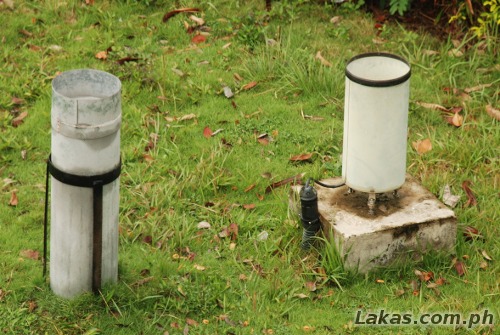 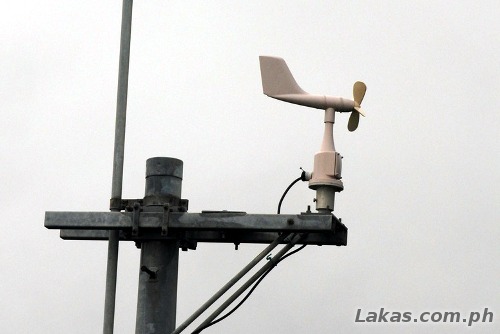 Aerovane, measures the velocity of the wind

There were many other equipments inside the compound. It was like a field trip for me, knowing how these things work and how they contribute in disaster prevention.

One equipment that’s noticeable is the big ball above their building. 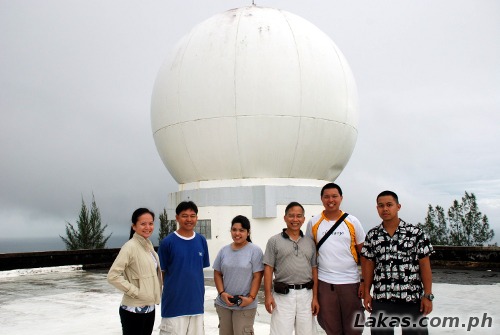 According to Kuya Arthur Carejero, a weatherman that was assigned when we were there, the dome protects the dish transceiver because when winds are strong (especially on storms) the dish acts as like a sail and would literally be blown away if it was not for the dome. The dome is made of fiber because metal blocks the radiowaves.

Baler’s PAGASA Weather Station is only one of the weather stations around the Philippines which collects data to be processed by PAGASA to be useful information, but to be sent and to process a lot of data from several weather stations actually takes time. Baler’s PAGASA weather station actually has a tie up with the Local Government Unit (LGU) of Baler so that they could give real time reports on the weather of Baler and to give warning to the residents if there’s a danger on the coming storm.

So how do you go up to Baler’s PAGASA Weather Station? Kuya Arthur said that tricycles are discouraged to go up the steep trails since their motor may not be able to handle the weight. What they do is take a tricycle to the base of the mountain and walk up for about 20 to 30 minutes to the station. Crazy huh? But it’s better to be sure than not. You can include these in your tour around the Diguisit side of Baler. 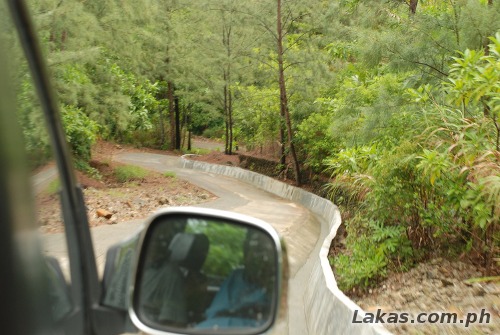 Doing down the steep road

If you have a vehicle, be sure that your vehicle could handle the power to go up the steep road and the breaks are well maintained to go down. 50 sitter buses are discouraged to go up since the road is small. Mini buses can be used.