I always saw the sign of the Batak Visitor Center at Puerto Princesa on the road during my frequent trips to Northern Palawan. Unfortunately, during those times I did not have the luxury of time to visit the place. Fortunately, Grasya of Grasya.com messaged me that she wanted to visit there and I think the chance to invite myself on joining that part of her journey in Palawan. 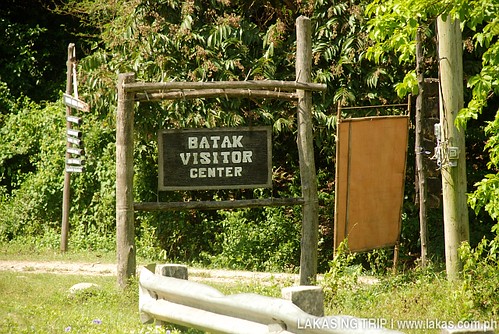 We agreed to meet at San Jose Terminal at around 8AM, then we rode a RORO Bus going to El Nido that will be passing by the Batak Visitor Center. We paid around 120 Pesos per person for the one-way fare to the Batak Visitor Center. It took us about an hour to get there. When we arrived we met with two of my friends I climbed Mount Pulag with, namely Jeremiah and Julius.

After a few catching up, we inquired on how much we need to pay the guide to accompany us to the small Batak Village. The guide said that the fee was 300 Pesos per guide. He told us also that it is not required to get a guide but many of the people who tried got lost, so it is encouraged to get a guide. We thought about it and agreed to get a guide. Not because we do not want to get lost, but because we wanted to support them by giving them livelihood.

So after we bought some snacks we started to walk the trail around 10:43AM. 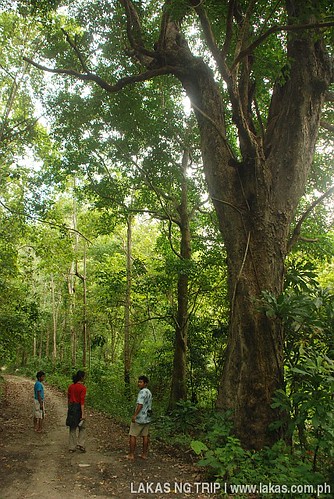 Our guide, Julius and Jeremiah during the trek

We started on unpaved road with us talking mostly about vegetable farming and honey bee farming. 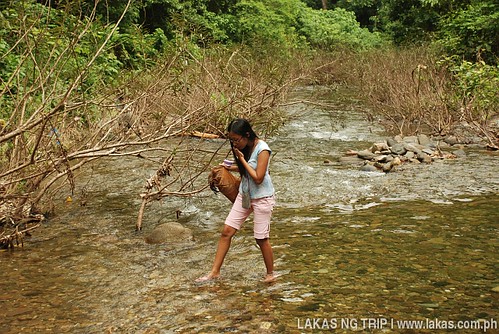 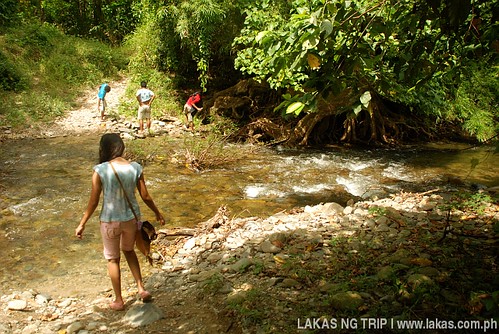 We passed by some plantations of coffee and bananas until we reached a kubo of the Batak Tribe. (1 hour 14 minutes trek, 11:57AM)

It was fun talking to them as we learned about their language, customs and livelihood. We gave more attention on the topic of their livelihood because they told us that they were harvesting Almasiga sap. 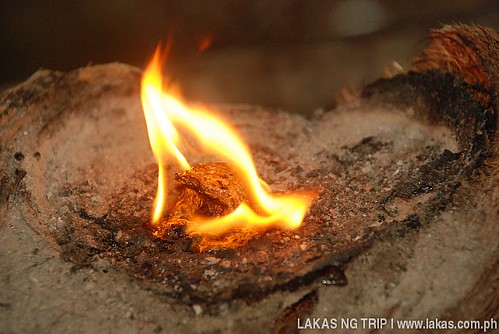 Solidified Almasiga sap on flames. Good for starting fires on firewood but it is used mainly for industrial purposes.

It was fun talking to them, though it was awkward for me to be talking to their women when they are used to going around without a shirt.

It started to rain during our talk with the Bataks. We decided to wait until the rain subsided but to no avail. So we started walking under the rain at around 1:02PM. I was lucky to have brought my trusty umbrella with me, so did Grasya. Jeremiah and Julius wanted to take a shower under the rain and our guide used the never failing Banana Leaf Umbrella. 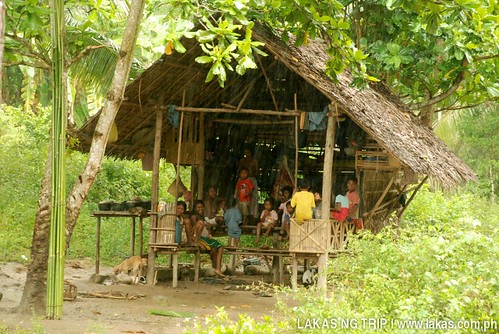 A few of the Batak Tribe at their kubo

Somehow Grasya and failed to spot a left turn so we slightly got lost, luckily Julius went back to track us.

We were really hungry during the trek as we all had not eaten lunch nor a decent breakfast. Luckily, the peanuts I bought gave us something to chew and move on.

We arrived back at the Batak Visitor Center, rested and since there was no canteen nearby our stomachs decided to finish the peanuts.

After an hour of talking to our guide and playing around the musical instruments at the center, we decided to go back to the town proper of Puerto Princesa. We paid our guide and waited for a van or bus to pass by the National Highway.

A Lexus Van stopped by on the way and we paid 100 Pesos each going back to San Jose Terminal. The van ride took us about an hour.

When we arrived at the terminal we rode a tricycle going to Bonas Chaolong as we were really hungry!

At the end of the trip, I had mixed emotions on my visit there. I was happy that I get to visit and meet the few remaining people of the Batak, but sad because they’re quickly vanishing.

I enjoyed my visit to the Batak Tribe, but I think for one to enjoy a visit there, one should have an open mind to know who these people are.