It was our second attempt of the day to visit Busay Falls. The first one was a failed attempt due to the strong rain that threatened us with floods through the path we took. When we went back to the trail, the waters on some sections were above my ankles. When the tricycle went off to our next destination I never thought we would be able to visit Busay Falls on the same day. 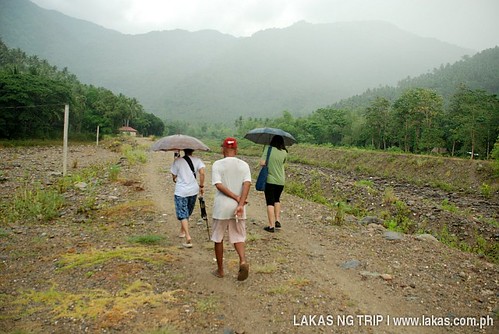 After spending half of the day visiting Cantingas River Resort and Dagubdob Picnic Grove, we were back at the town proper of San Fernando in Sibuyan Island, Romblon at a little past 1PM. We were hungry. We tried many times to look for eateries but their stock of food was no longer available. We were hungry. Then we tried going to go inside the public market and we got lucky to see a karinderya still open. The atmosphere wasn’t really conducive for eating as the karinderya was beside the river but the food tasted really good! The prices were affordable too.

We finished our meals at around 1:30PM. We though of what we should be doing for the rest of the day. We wanted to go to Cresta de Gallo but it was too expensive. That leaves us with nothing to do except to try going back to Busay Falls.

From the town proper we decided to walk. Taking a right turn to the National Highway and asking people along the way where the small street is going to Busay Falls. 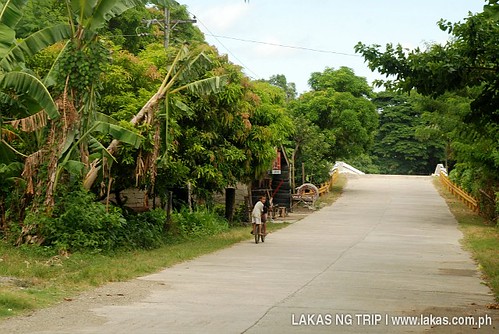 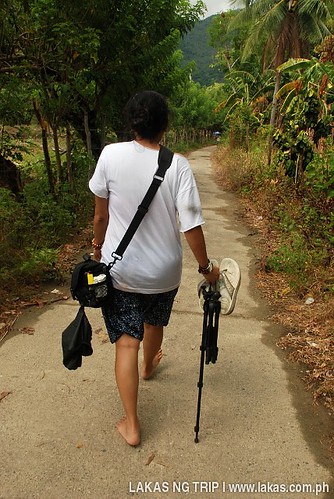 Dazl dazzling on the small road to Busay Falls

After about 15 minutes of walking we were back on the large dry river, walking back to the house where we took shelter from the rain on our first attempt. This time no rain could be felt but the sky was still white with clouds.

We followed the trail through thickening green plants and trees. Passing by houses with lumps of coconut husks from making copra.

There were 3 dogs that barked at us on one of the houses but the owner was very kind to hush them away. Plus she told us the way to the falls. 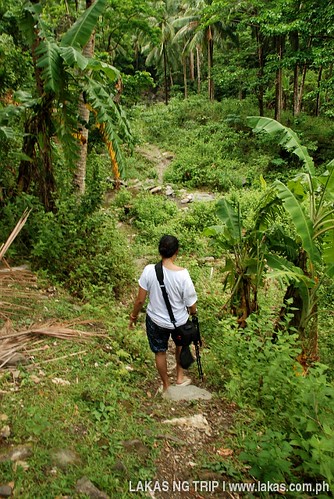 We continued walking. Then the trail went down to a small stream and we saw, for the first time, Busay Falls. 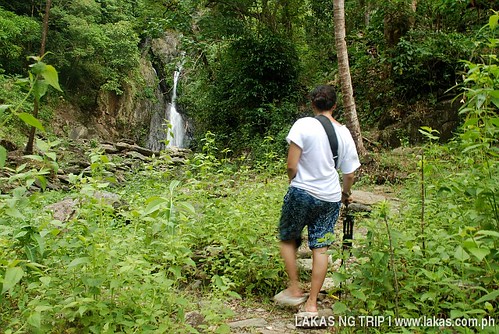 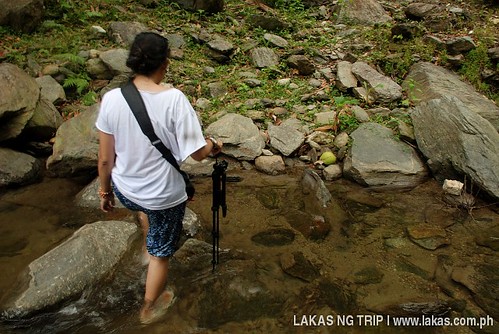 Crossing the stream to get near Busay Falls

And after an hour of walking we were now at the basin of the falls. We settled down first before I took a swim on it’s icy cool waters. 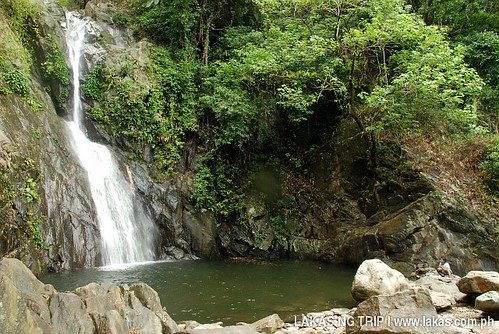 Other than a few ripraps of stones the waterfalls was untouched. I liked it that way.

After some time, I looked back and was surprised that there were already teenagers within the vicinity. How did they approach the falls so quietly?!?!? #ElfishFeet

They climbed on the walls of the falls and jumped to the basin. (Repeat 100 times) 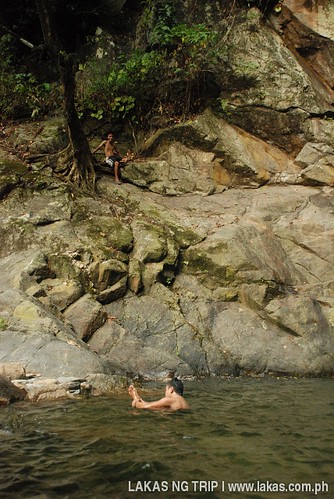 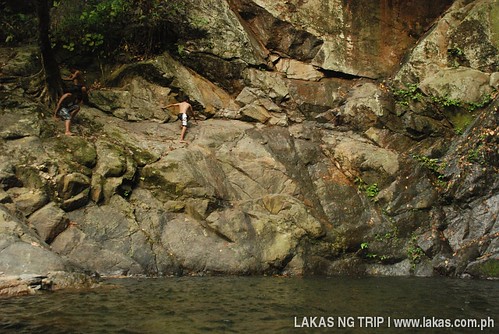 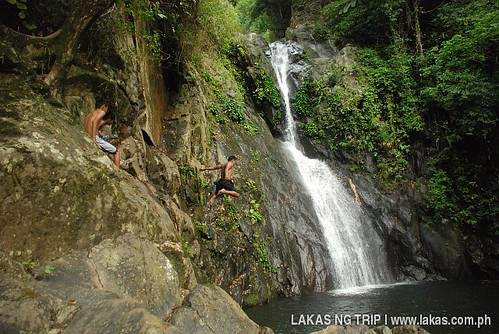 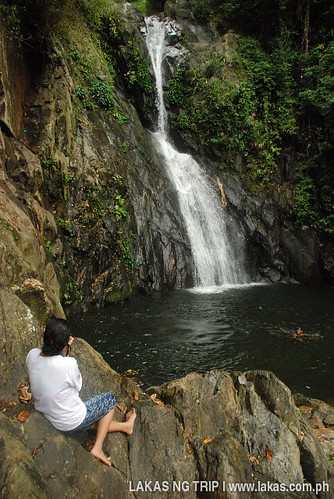 Dazl, camera ready, waiting for another set of jumps

And when they were already satiated on one side they moved to the other side of the falls. 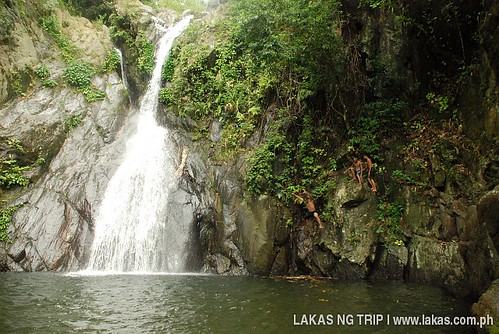 Busay Falls is not as spectacular as other falls I’ve seen but it’s one of my favorites as it has that untouched feeling. Void of tables and chairs, concrete pathways and huts. Plus I had to walk for an hour to get there. I hope it stays the same. 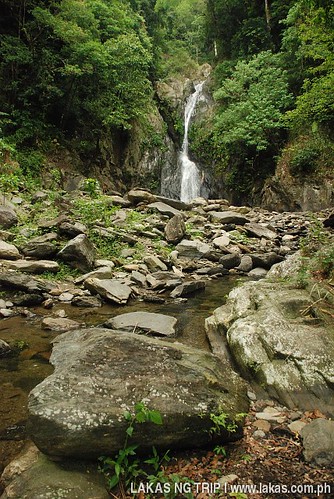