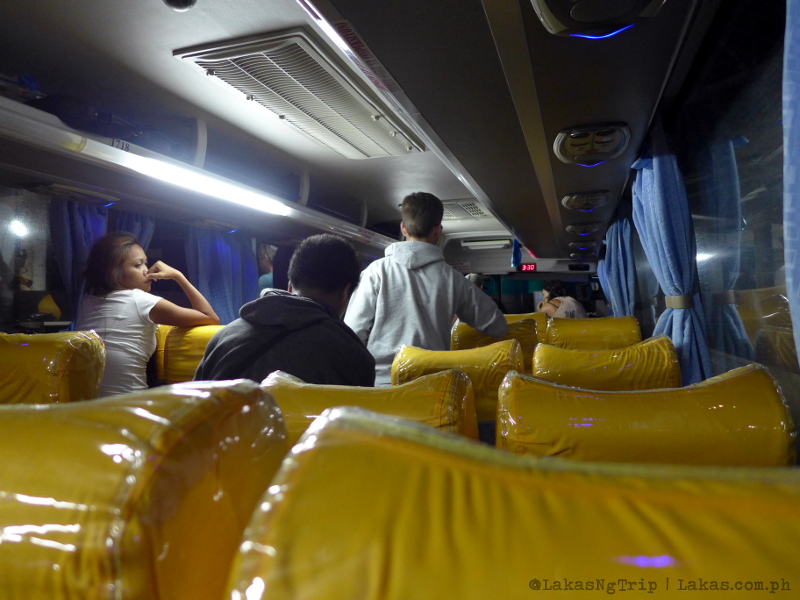 While waiting for the departure time of the bus I had the chance to chat up with the lady I am sitting with. Turns out she’s a regular on Cherry Bus night buses and I decided to tell my plan for the morning to the total stranger.

I told her about how mentally prepared I am for the coffee marathon that I have to do once the bus arrives at Puerto Princesa. Surprisingly, she answered “Why don’t you just stay and sleep on the bus and wait until sunrise?”

Wait. What? I could do that? Apparently, with Cherry Bus I could.

I decided to try it. When the bus arrived at 3:37 AM in Puerto Princesa (more than 6 hours travel time) I forced myself not to give in the urge of going down the bus even if the majority of passengers are all going down to be faced by competitive tricycle drivers who goes in front of the bus and tries to pull passengers to their tricycle for a price of 150 Pesos/tricycle. 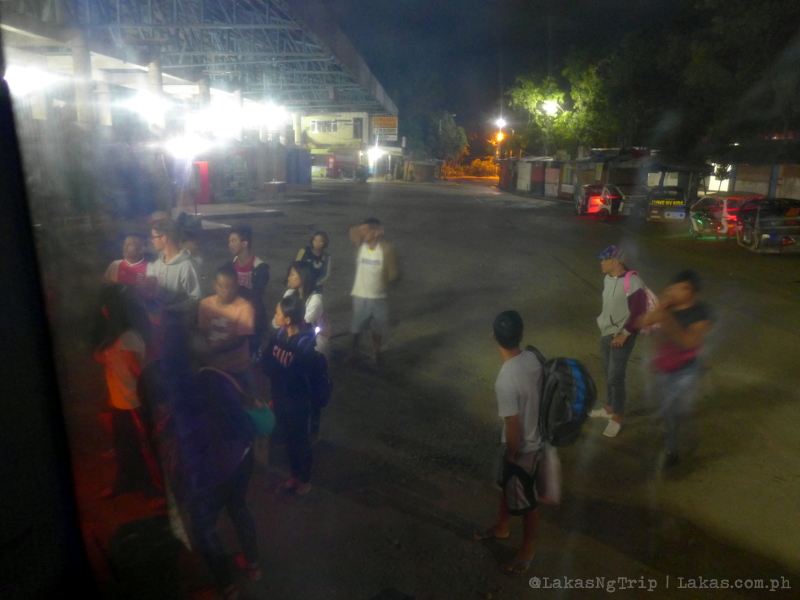 People and tricycle drivers when we reached the terminal.

I really wanted to go down since it would only take less than 2 hours of waiting time in Chowking but I really needed to get some sleep before I push forward. So I just sat there at the bus.

The bus moved with a few passengers on board with the same plan. Sleep on the bus and wait for daybreak. I asked the conductor where are we going and he said that the buses are not allowed to stay at the terminal so we will be staying at their bus compound.

Their bus compound had a concrete fence with guards roaming around the area. At least I feel more secure sleeping here than spending my time in Chowking.

They turned off the aircon and turned of the lights and I slept.

At 4:45 AM I decided that I needed to go out and head to the town proper where I could get some breakfast. Luckily, there was a tricycle waiting at the gate. I talked to the driver and we agreed that I would pay 100 Pesos for him to take me to Chowking (24 hours open) in Rizal Ave. I did not mind the rate since it was still early in the morning and most likely there’s a very low probability that he will be getting another passenger on his way back to the bus compound. 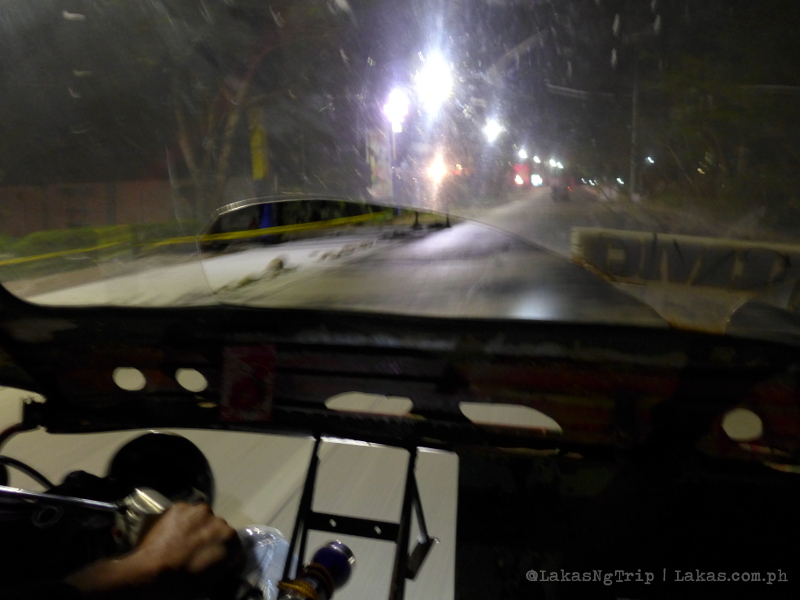 Tricycle heading to the town proper of Puerto Princesa.

At 5:09 AM, I was having breakfast at Jollibee (24 hours open). Then headed to the airport and waited for my boarding announcement.

I rode the plane with a restful mind and an unabused bladder. 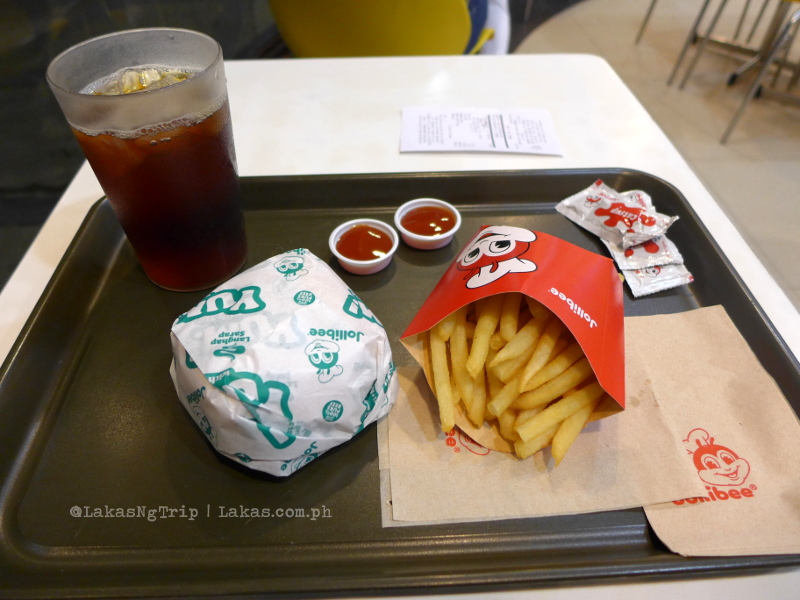 I would highly recommend that travelers ride Cherry Bus because they allow their night passengers to sleep after they arrive at Puerto Princesa, rather than make sleepy passengers wait at a publicly accessible place until morning which is a high security problem for passengers. This shows that they go the extra mile to take care of their passengers.

Though it is fairly safe to sleep inside the bus, it is still good to make precautionary measures. When I slept I made sure that when someone moves my bags I would be able to feel it.

From the countless times I rode with Cherry Bus, they have a travel time of around 7-8 hours from Puerto Princesa to El Nido during day time. And 6-7 hours during night time. This is the same travel time from El Nido to Puerto Princesa. This is due to their maximum speed limitation and the number of stops they have to make to pick-up and drop-off passengers.

I’m not sure if RORO Bus also allows their passengers to sleep on their buses when they arrive around 3AM in El Nido or Puerto Princesa. I do hope they do too. I’ll have to find out. 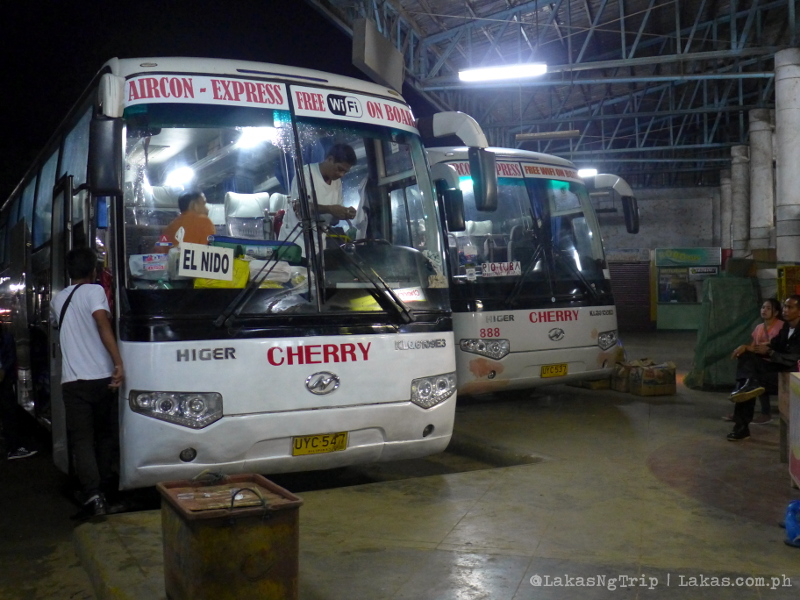 You can ride a Cherry Bus at San Jose Terminal. This is near the new market of Puerto Princesa City.

To get to San Jose Terminal from the airport, you can ride tricycles at the airport. Some would offer 150 Pesos/tricycle but you can haggle this down. Travel time is around 20 minutes.

You can ride a Cherry Bus at the Land Transportation Terminal of El Nido. Or popularly known as the ‘Terminal’.

From the town proper of El Nido ride a tricycle and tell the driver that you are heading to the terminal. The rate is 50 Pesos/tricycle. Travel time is around 5 minutes.

If you want to reserve or inquire to Cherry Bus you may contact the numbers below. 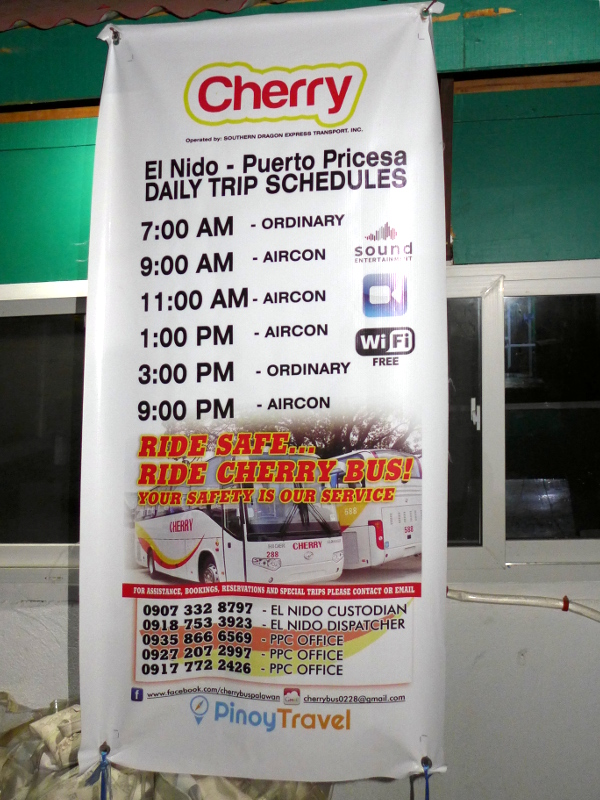 This is also their schedule for Puerto Princesa to El Nido.

* Details may change without prior notice.