After sleeping for a few hours from our arrival in Romblon Island I woke up around past 6AM to get ready for the start of our adventure in the province of Romblon and our first stop is Cobrador Island or what the locals call Nagoso. For this leg of the journey I was travelling with Dazl, Marky and Pam.

So at around 7:30AM we boarded a boat to the Isla de Cobrador. At first I thought it was a passenger boat that leaves the island on a regular schedule but after a little talk with the captain of the boat it was actually a special trip because they were having a festivity on the island and we were one of the guests. 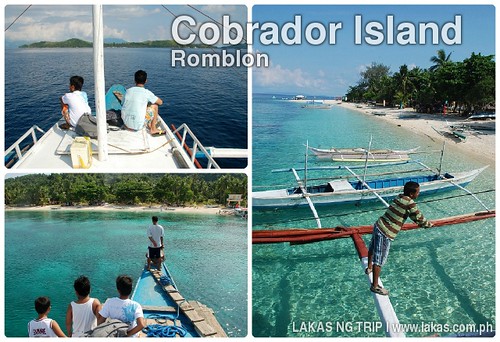 After 17 minutes on calm seas we finally arrived in an island with clear waters and white sand. We were also greeted with kids from the Nagosonian Tribe, a local tribe of the island, with their music and dancing. Someone then explained to me that the boys dancing with bows and arrows symbolizes what they use for hunting and the girls carrying baskets means that they are gatherers but the basket also has another purpose that is when one is happy with their performance you can put something in the basket as a token of appreciation. 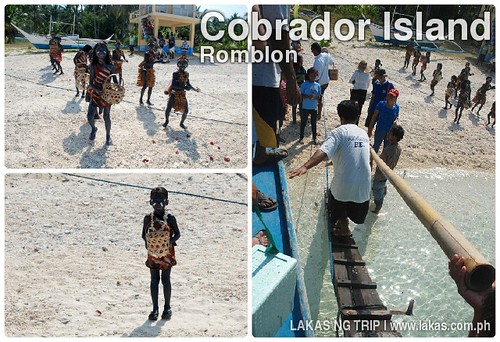 Welcome Dance by the Nagosonian Tribe

We sat down on a cottage and since we had many time to kill we decided to go swimming! 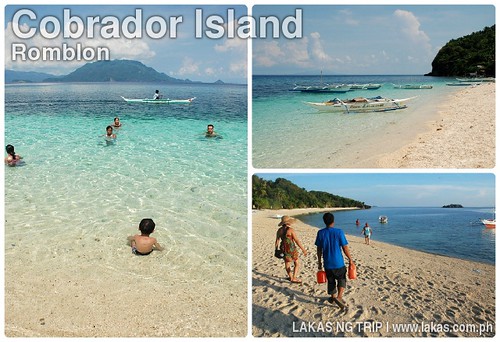 Then when it was around 11:45AM we heard from the speakers that it was time to eat. We were in for a treat! Many of the food was really good and most was my first time seeing them. Unfortunately, since I was very hungry that time I was not able to document their food. How good was their food? Someone from our group went back 4 times to the buffet table just to get more seafoods. 😉 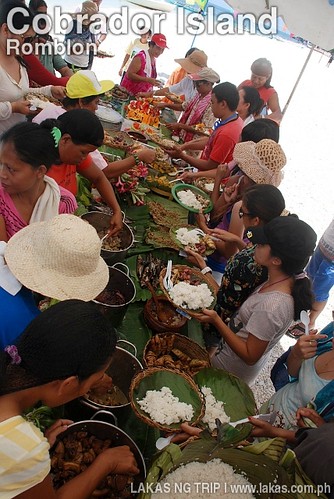 At around 3PM when the sun was starting to go down and the food on our stomachs had already gone down, we heard that some of the locals were going to explore Ilaya Cave. So we joined them to see the cave. Since the way to the cave was not yet established it was really hard and steep to go to the entrance, just the way I like it. Upon entry there were small wooden coffins inside that are disturbed and were layed down on the ground. We only got to the 3rd chamber of the caves as we were unprepared to go inside then we went back. 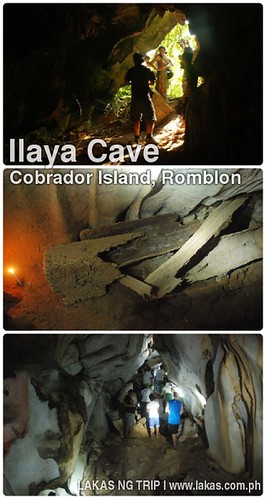 Note: In the middle of our exploration around the province of Romblon we came back to Cobrador Island and visited the caves again. It already had an established trail and we went inside up to the 7th chamber.

They showed us Cabog Point, a tall rock face on the side of the island where a lot of Bats live.

Lapus-Lapus Point, an arc rock formation where our boat went through the hole! Lapus means Lusot in Tagalog. 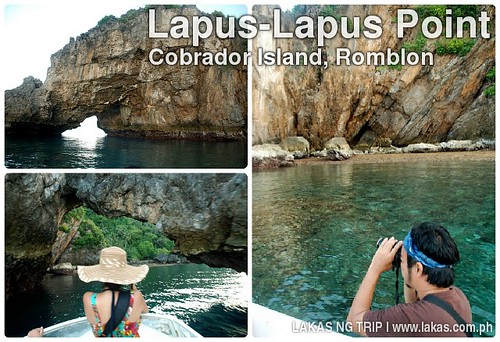 Simbahan Cave, a large cave in the side of the island that looks like a cathedral. 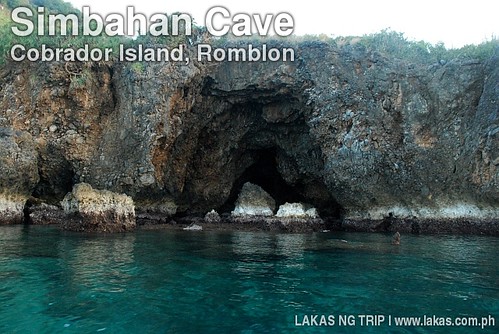 They also told us that there was Hingahan Cave, a small cave where you had to dive just to get inside, unfortunately, we lacked time to try it, and there’s also the so called Blue Hole of the Philippines.

After seeing other rock formations of the island we finally closed the loop and went straight back to Romblon Island. 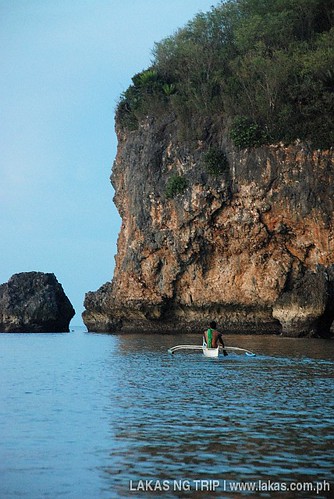 But wait… There’s more… It was May 6, 2012 and we were lucky to have seen the Super Moon in the middle of the sea. 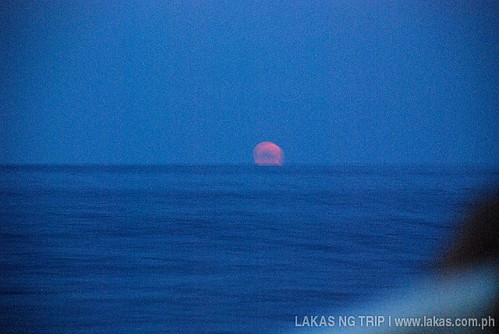 And at around 7PM we arrived at Romblon Island.

Know more about Romblon Province by downloading my eBook entitled Bits and Pieces of Romblon.