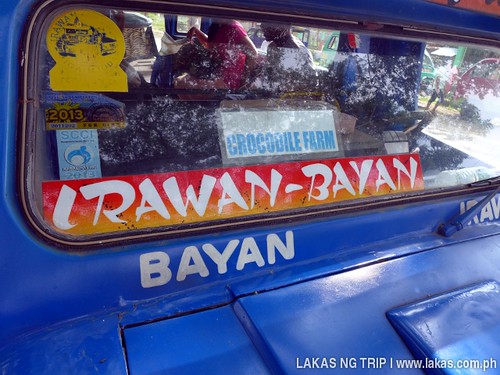 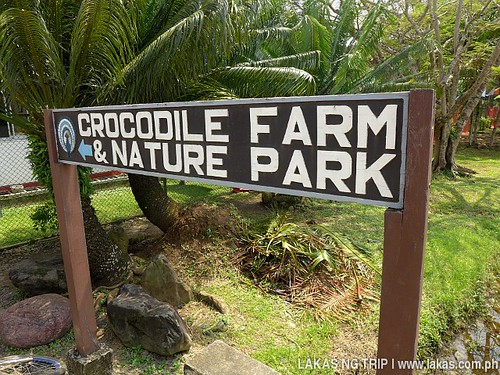 When we got to the reception area, there was this huge crocodile skin and skeleton. But another thing that caught my eye was the skull of a sperm whale that was recovered from the Tubbataha Reefs. It was amazing to see the massive skeletons of those two beings. Makes me realize how fragile we are. 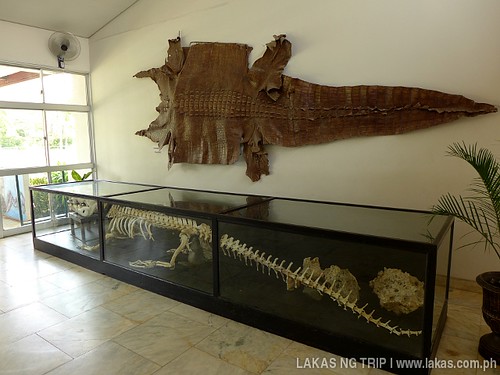 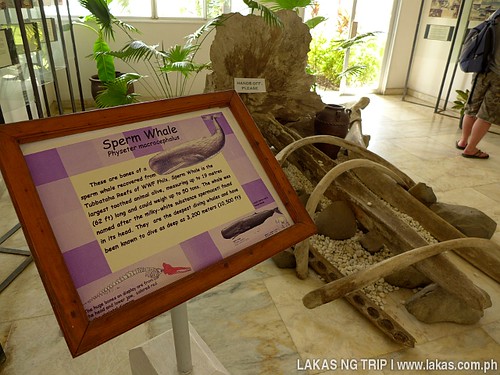 Skull of a sperm whale

Then the guided tour started explaining what were the skeletons were and what is the Crocodile Farm doing there. Then we started walking to where the hatchlings were. While our guide was explaining I got a bit curious so I threw a few questions here and there and it was amazing what other information about the crocodiles you would get by just asking like how they could control the number of male and females when they hatch. 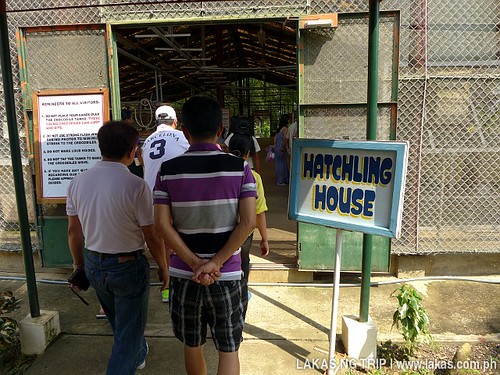 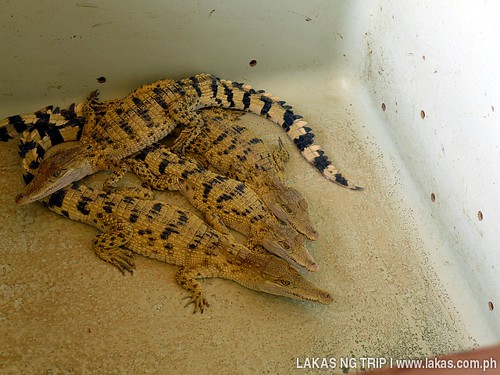 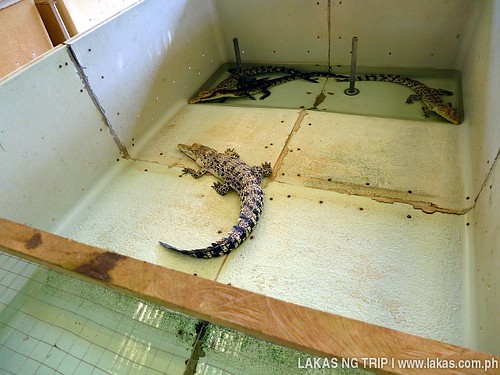 Then we went up to a bridge walkway where we could see from atop different crocodiles. 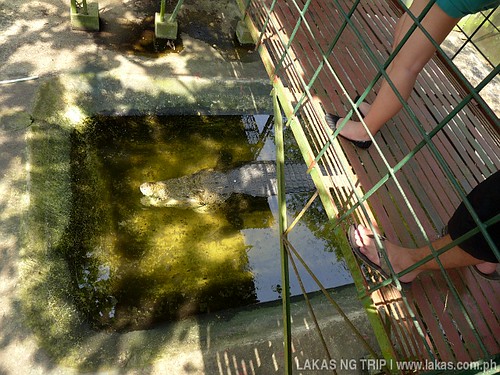 This one is actually as big as the huge skeleton crocodile at the reception area. 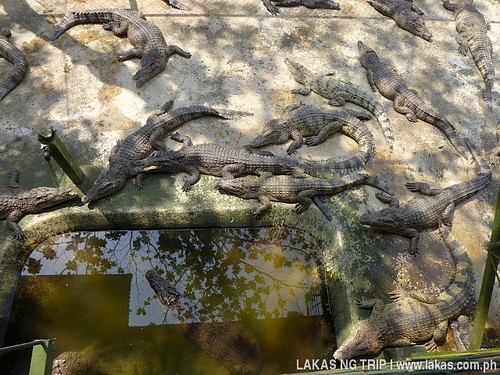 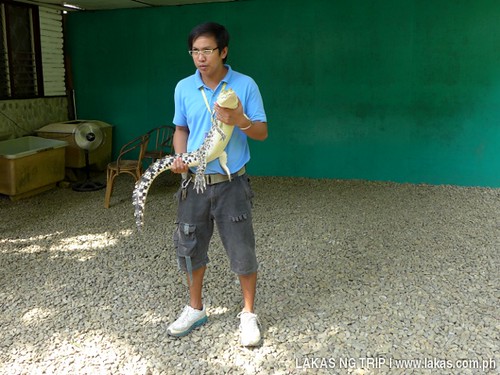 Then the staff told us that we could go around their 4 hectare compound to see lots of other animals. 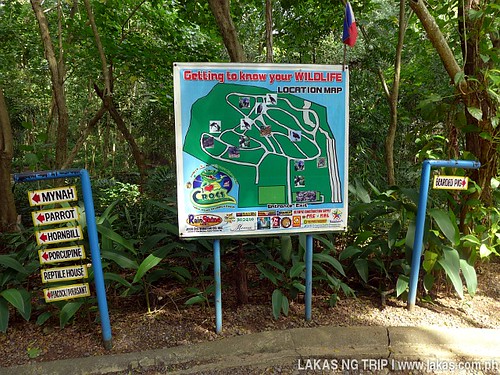 Map of the grounds 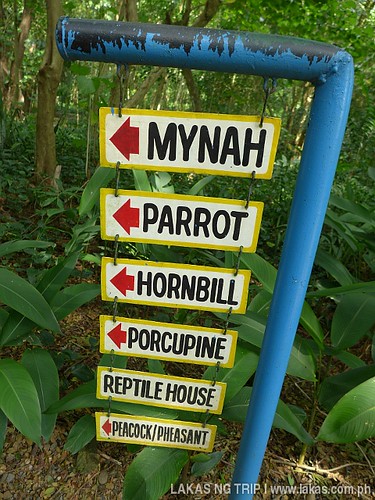 Since the route around the place did not have a straight path that we could follow, the students kept asking me where we should go next. Seeing that it was all our first time here I just told them that they should decide by “following their heart”. 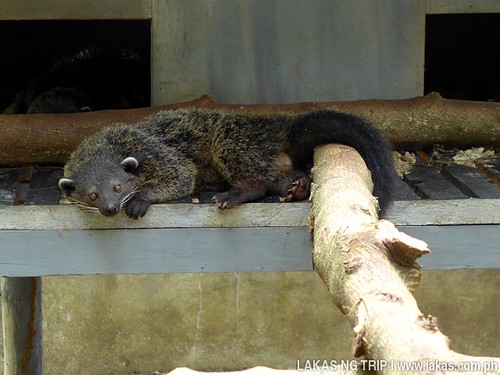 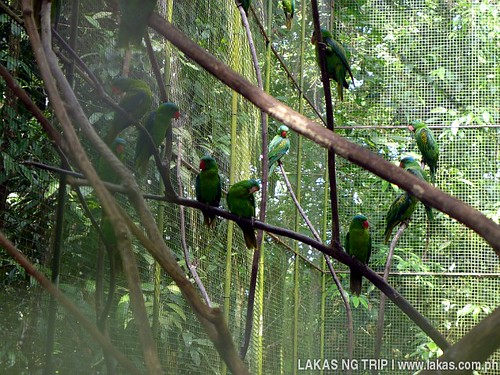 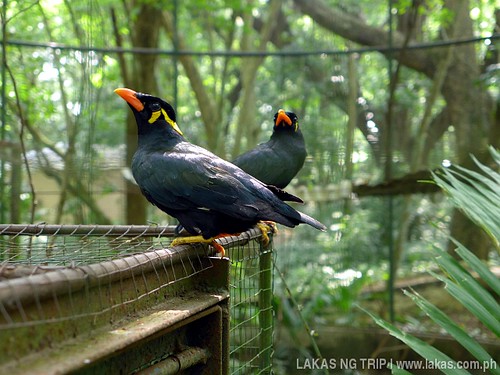 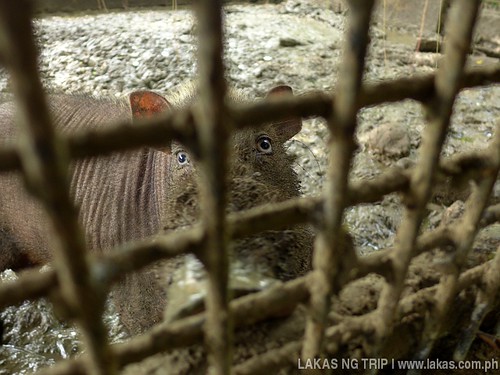 When the students saw the situation with the Wild Boar (Baboy Damo), or what was labeled as Bearded Pig, they felt pity for it, as it was living in a cage filled with mud. They told me that Wild Boars don’t live like that.

Going around through the different trails, I admit it was a bit disappointing.

Rethinking about reason 2, although I was disappointed with the few animals in the park I always have to think that the Crocodile Farm is actually a Wildlife Rescue and Conservation Center. Maybe the animals that were featured before had recovered and were introduced again to the wild that’s why we did not find the porcupine and many other animals in there. But there’s always two sides of the coin. I just hoped that the other side wasn’t the reason.

After the walk around through their “zoo” we were now ready to exit the Crocodile Farm. But wait there’s more! There’s another station there where we could take a picture with a Palawan Bearcat! This one was my favorite part of the whole Crocodile Farm experience. I’m sorry crocodiles but in terms of cuteness the Palawan Bearcat wins! 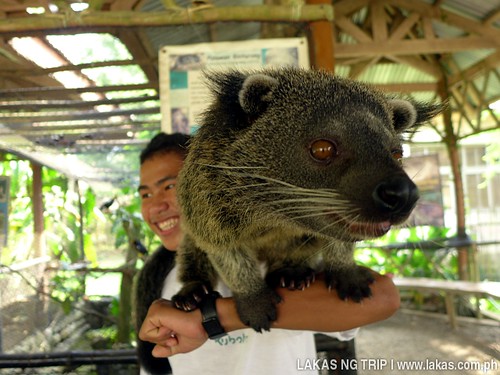 Picture taking with the Palawan Bearcat for 20 Pesos/photo

After our picture taking session with the Palawan Bearcat I looked at the small basin at the back, then I saw a turtle with a white stripe at the back. It was my first time seeing a Palawan Forest Turtle! Or what we locally call Bakoko. I knew this when I attended a planning seminar by the Katala Foundation in the Baranggay Hall of Dumarao, Roxas, Palawan. 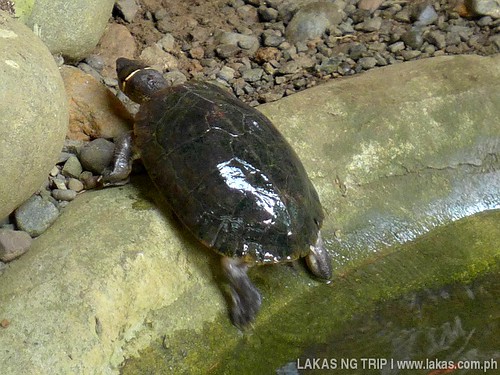 Palawan Forest Turtle, or what we locally call ‘Bakoko’

After all the walking and pictures that we’ve taken I think we can conclude that I really enjoyed my experience in the Crocodile Farm. It was fun seeing the different animals of Palawan but what really made the experience more enjoyable was the people I was with who were game to go around and crazy to throw jokes here and there.

After about 1 hour and 33 minutes (2:42 PM) inside the Crocodile Farm, we were now out of the farm and walking towards the Police Checkpoint where the multicabs going to Puerto Princesa City Town Proper can be located. 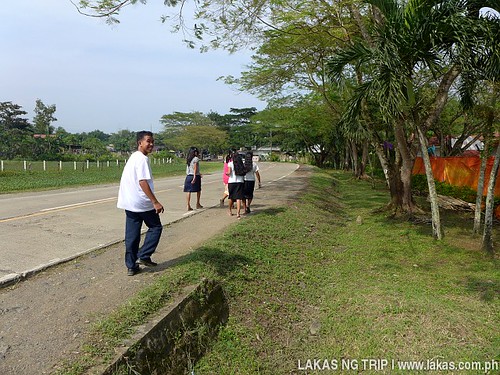 Walking the terminal of Multicabs

If you’re looking for other environmental spots in Puerto Princesa City, visit the Environmental Enforcement Museum.

The Crocodile Farm is run by the Department of Environment and Natural Resources and is actually a Wildlife Rescue and Conservation Center. 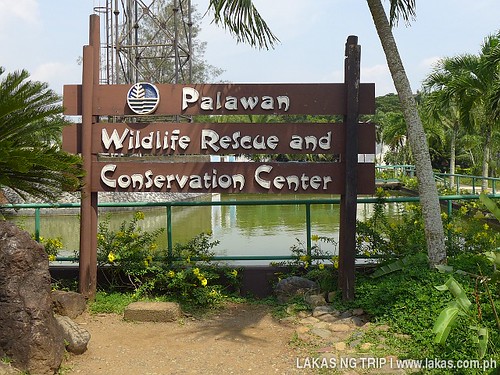 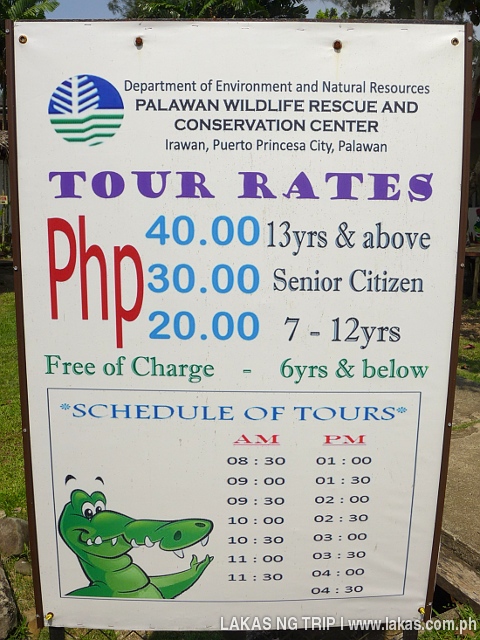 The schedules are for the guided tours which is required to do when you visit the Crocodile Farm.

From the town proper of Puerto Princesa City, ride a multicab that is going to Irawan. Tell the driver to drop you off at the Crocodile Farm. Fare would be around 15 to 20 Pesos, depending where you are coming from the Town Proper. Travel Time is approximately 20 minutes.

The Crocodile Farm is actually a part of Puerto Princesa City Tour.