During our walk back to our lodging in Batad from Patte (the highest rice terrace of Batad) we came across two children that were throwing spoonful water at the ground and carefully observing the vicinity where the water fell. 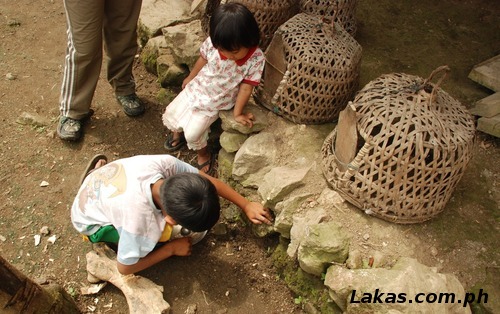 The children told us that they were catching earthworms. By mixing the water with soap and throwing the solution to the ground the earthworms gets irritated and surfaces, that is when they would catch the worms and dip them in the solution. 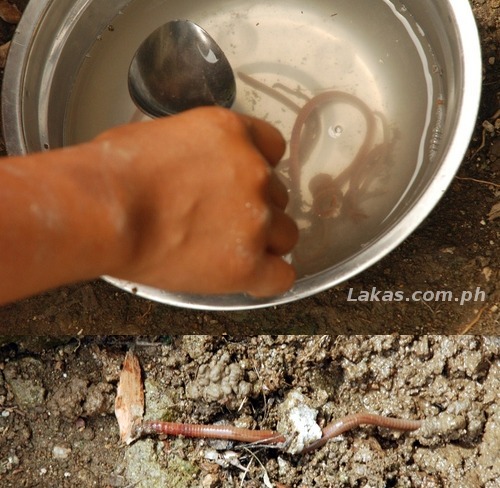 Why do they do this to earthworms?

Earthworms are considered as pests in Banaue. They grow very large that they have been called giant earthworms for growing as fat as an adult finger. They are the main cause of because they burrow themselves deep into the soil, which softens the compact base layer of the rice paddies, making it slowly slide outwards (erosion). 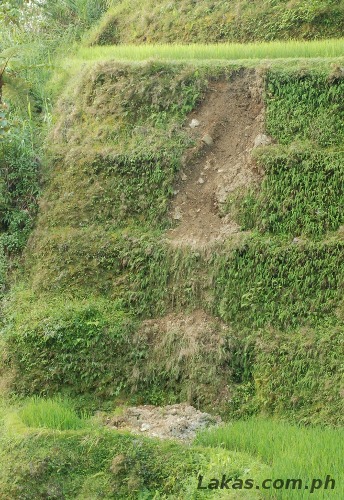 Eroded Soil in Hungduan. This may not be caused by the earthworm

A farmer of the Hungduan Rice Terraces told me that some would secretly use pesticides just to kill those worms. They would apply them on the lowest rice paddy since the worms tend to thrive there, could be due to gravity. But still these seem not to work to eliminate the worms.

Are the earthworms really that bad?

Not really. We do a small scale vermicompost here at home to create organic fertilizers and the main component of the vermicompost are the earthworms which eats up the decomposing vegetable and fruits that we place. The earthworms also loosen up the soil to increase the aeration of the soil. If I look at Banaue, I look at it as a super large scale of vermicompost that fertilizes the rice paddies.

BUT the real problem here is that they are the main cause of erosion in the rice paddies and a real threat to one of our main tourist area. This problem needs to be addressed. 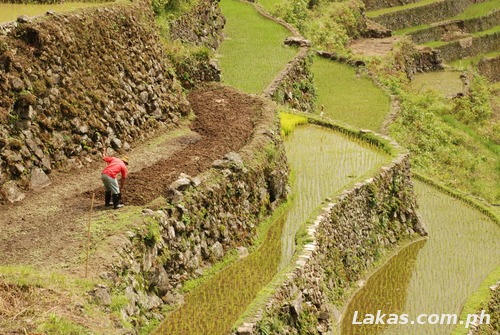 Where did the earthworms come from?

The same farmer from Hungduan above told me that they used to decompose sunflowers to fertilize the rice paddies way way before. The earthworms were not there before thus it was not natural in Hungduan. I tried asking why did they stop using sunflowers to fertilize the land, unfortunately, he does not know of the details because this has been passed down from the stories of their elders. I asked the question because I was trying to guess if someone introduced them to use the earthworms instead of decomposing sunflower leaves.

There was also a study that the earthworms were naturally there, but the problem became more evident as the wood carving industries slowly destroyed the natural watershed of Banaue. Making the earthworms to dig deep down to look for water. (http://www.twnside.org.sg/title/mm-cn.htm)

Is the massive application of soap solution a solution?

The throwing of soap solution on the larger scale is definitely not a solution. In mountaineering we avoid the use of soaps and toothpastes in the mountains so as not to kill micro-organisms that lives there. If they use such a method then it may also kill the micro-organisms that are critical for the growth of the rice plants, there’s also a high probability that their water would be contaminated. 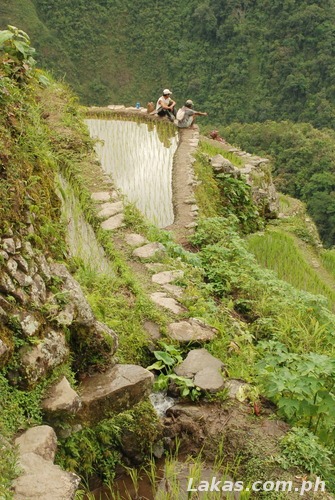 Up until now, the earthworms are a problem but I’m sure we could create a solution.

If you have any ideas on how to solve the earthworm problem in Banaue, no matter how crazy it is, post them on the comments below. I’ll collate them and send them to one of the leaders of Banaue.

Let’s all help our country (Philippines) one small step at a time.