“Gusto niyo po bang puntahan yung native house sa may Awa?” Kuya Elpidio asked as we boarded our motorcycle from our adventure at Balentimol Falls. I was hesitant to say yes. I’ve seen a lot of native houses in Ifugao and I was quite sure that this one would be a little unique from the others, but I was afraid that the little uniqueness would not be enough for me to enjoy the place.

Figures flashed on my mind. Figures of time and money. I’ve already spent days and money in Hungduan, I think I could still burn a little time to visit the native house. Besides, I’ve already travelled a lot of kilometers to get to where I am, if I add one or more kilometers to the distance that would still be a lot. Status quo. Hesitantly, I said yes to Kuya Elpidio. Then off we go.

We passed again another rough road with a scenic route. Stopping once in a while for taking pictures of the landscape. “Ito po yung Kinga Rice Terraces.” Kuya Elpidio said at one of our stops. Another check on the list of rice terraces on the Hungduan Brochure. 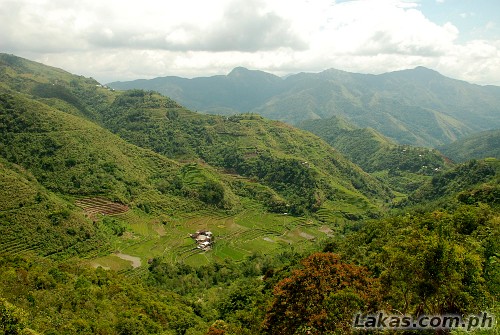 The road became concrete and birds were flying off the road as we passed by. “Just like in the movies.” I thought to myself.

There was a concrete building on the left side of the road when our motorcycle stopped. “Dito na po tayo.”

I could see the native house a little down from the building and it was, as I was afraid of, just a little unique from the other native houses I’ve seen. I took a picture of it and was supposed to invite Kuya Elpidio to go back when I saw a man smiling at us from below the house. I waved. He waved back then gestured his hand telling us to go down and approach him and the native house. 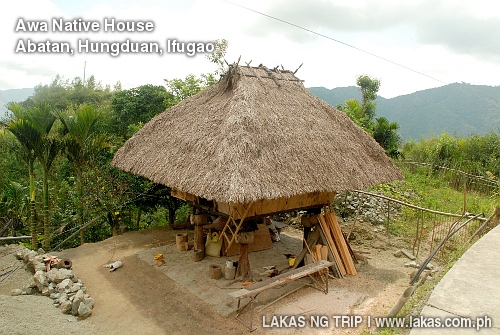 We got down and exchange pleasantries with him. He was Kuya Alberto.

Seeing the native house from a different angle, I noticed the doors had intricate carvings of headhunters with native clothe. From there my eyes observed the other carvings on the wall until I looked inside. 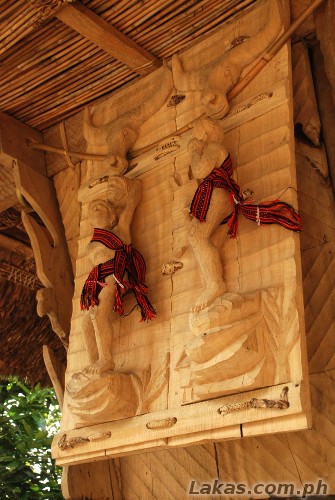 Door of the native house

“Pasok ka sa loob.” Kuya Alberto invites me as I was deeply observing the inside. Before I could utter a word, Kuya Elpidio was setting the ladder from the side to the entrance of the native house.

I climbed up to the inside and saw that this was not the same as any other native houses I have been.

There were intricate carvings on the inside, a second floor where they store their rice and some bulul, a cooking area where the heat of the fire would dry the firewood located directly above it and there was also bululs on the side. I then saw wooden native spatulas on the side of the cooking area. 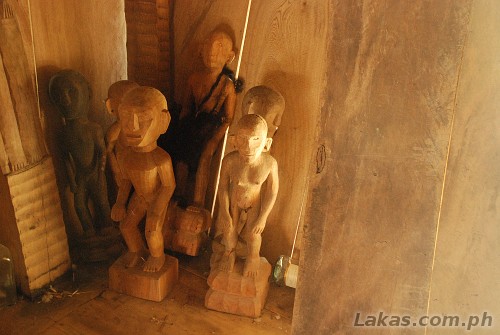 I asked Kuya Alberto what was the big black blob of dust that was located above the other entrance. He told me that it was a backpack made from the leather of a bear deep on the forests of Cordillera. “May mga bear tayo dito sa Pilipinas?!?!?” I blurted out. Turns out that this was not the usual big bears I see on TV but only a small one. Only with a height a little higher than my knee. 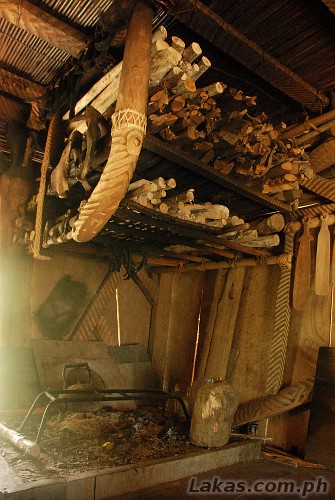 “Pansinin mo yung buong bahay. Wala kang makikitang pako.” I followed Kuya Alberto’s instruction and he was correct. Each slab of wood is precisely cut to be inserted securely to another wood. There were no nails used to build this house.

According to Kuya Alberto he built this house to somehow preserve their culture. Building how they traditionally built it. He also spends some nights sleeping and cooking inside his native house.

He stood up and took a tray of long black leaves, showed it to me and said “Ito ay gayuma.” Then he told me how the gayuma works. 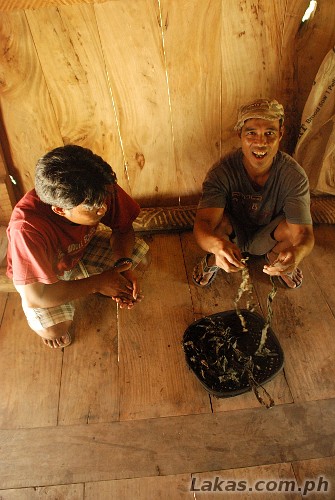 Kuya Alberto showing to me how the gayuma works

The birds were not the usual maya, it was different and when I looked at the concrete house there were nests on the walls and ceiling. 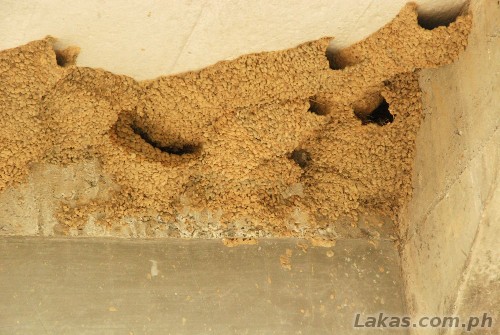 I quickly went out of the native house and placed myself about 4 meters from the nest to take a closer picture of the birds. I was there steadily for 5 minutes but I failed to take a picture from that distance. It then dawned to me that this place is a hyper sensitive area. Visitors should be quiet when visiting and should be a distance away from the birds so as not to pester them and make them look for other place to build their nest.

Failed, I went back to the foot of the native house and waited until the birds returned. 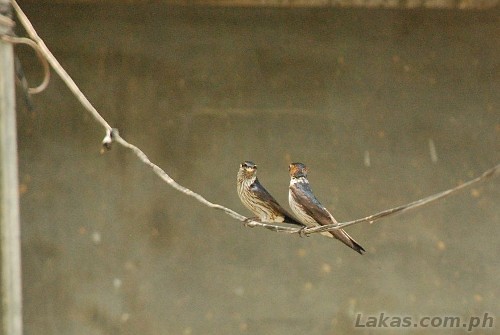 An hour earlier I was thinking that we should not visit this place, I’m glad that the thought of going there was injected on my mind. It was a reminder to me that no matter how ordinary the place is, it deserves a visit with an adventurous spirit. It deserves a second closer look.

I consider the Native House of Sitio Awa to be a SUPER SENSITIVE spot. Please be quiet and do not get too close to the birds when going there.

It’s just a kilometer or two away from Balentimol Falls. It took us about 15 minutes to get there.

I think a good addition to the fare to get to the native house in Sitio Awa is around 100 Pesos.

If you don’t know how to get to Balentimol Falls, click here.

Let’s make an effort to preserve Hungduan, Ifugao as enchanting as I have experienced it.

Let us not change Hungduan, let it change us.