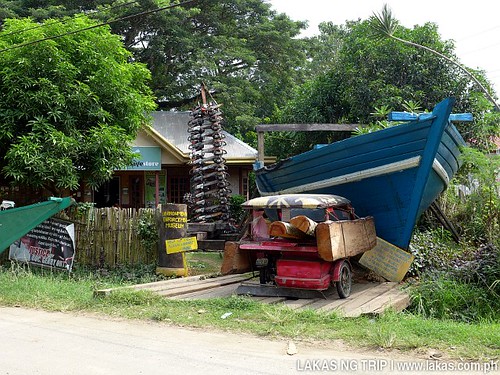 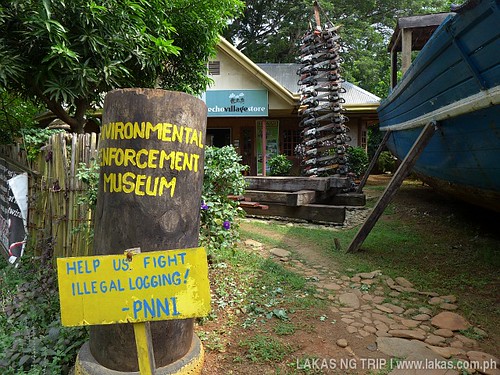 They toured me around the small compound. They told me on how they apprehended each of the items there. Each has a unique and amazing story and reason. 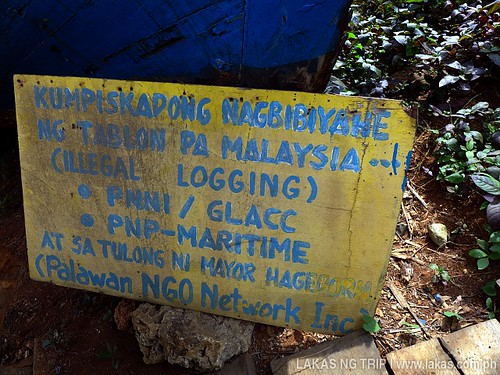 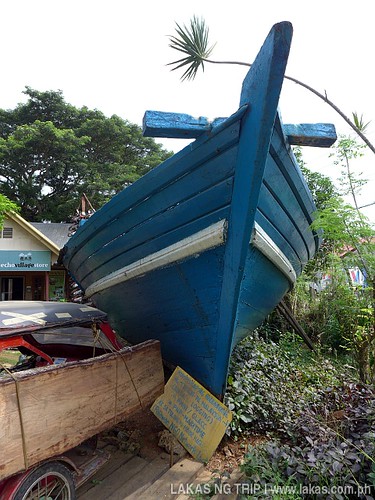 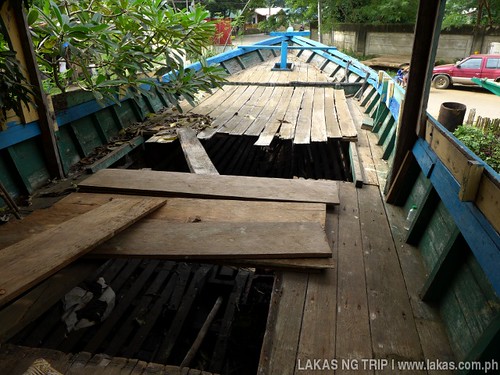 I even get to go up the boat. 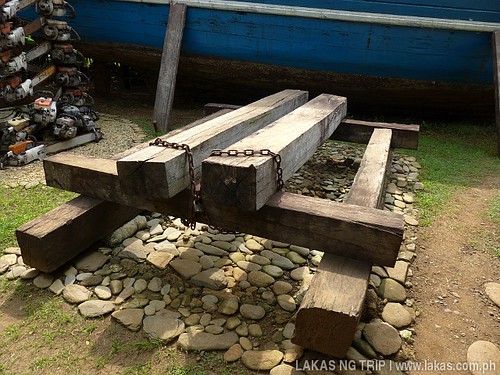 Lumber that were contained on the big blue boat 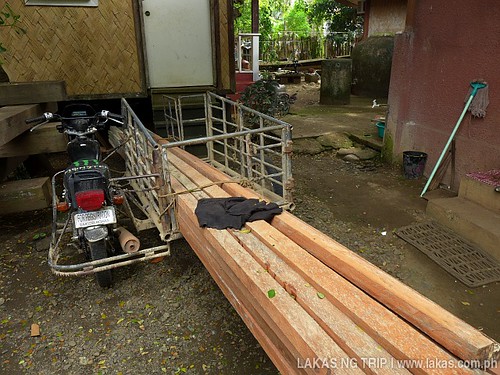 This one was apprehended in El Nido, Palawan a day before I visited the place! 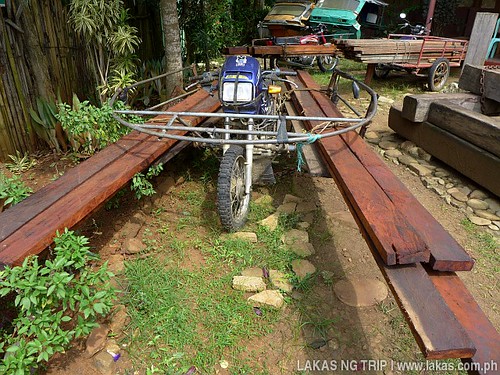 There was also a boat there that they apprehended for transporting animals from Palawan to a different province of the Philippines. 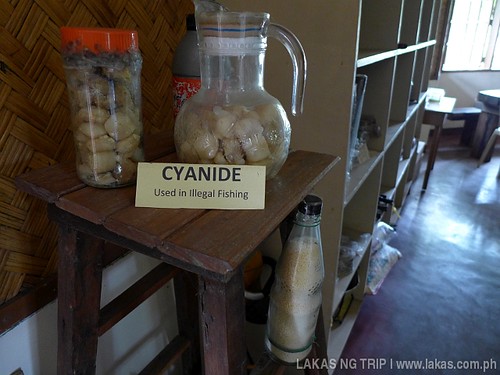 My favorite of all their display was this “Christmas Tree” made of confiscated Illegal Chainsaws. I love the irony of the chainsaws that cut trees was being used to make a Christmas Tree. 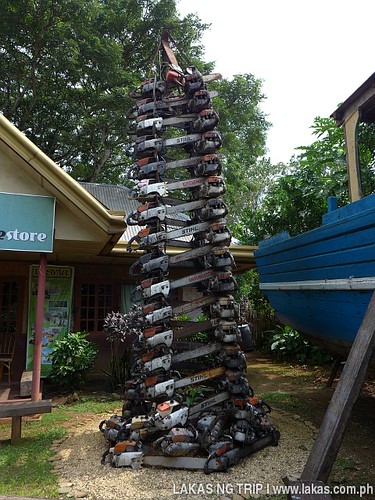 But the reason that this is my favorite is when the chainsaws are apprehended, it would mean a lower probability of illegal logging. This is a more effective way of preserving the trees of Palawan, because when they confiscate the lumber that has already been cut down, the damage has been done and they could not rebuild the tree that was already cut down. We should protect the living trees. Still they have to confiscate the illegal lumber that has already been cut down to discourage the ones that would try to cut down the trees.

Is this worth visiting?

YES! YES! YES! I would encourage everyone to visit the Environmental Enforcement Museum. So you’ll know the hardships they go through to protect the Natural Environment of Palawan. You’ll also be helping to preserve the environment by just simply visiting there. This would only take about less than an hour of your time in Palawan and the best part of it is that it’s just walking distance from the airport. ^_^

This is not a museum of the past. This is a museum of modern day battle to preserve our environment.

Operating Hours: They would prefer visitors to visit around 8AM to around 6PM. But you can visit them up to around 8PM.

How to get there:

From Puerto Princesa City Airport, walk along Abrea Street until you reach Manalo Street. This is about a 250 meters walk or around 5-10 minutes walk. There you will see the Environmental Enforcement Museum.

If you’re coming from the town proper of Puerto Princesa City, ride a tricycle and tell the driver to take you to Abrea-Manalo Intersection. Travel Time would be around 5 minutes. Fare is 10-12 Pesos/person.

If you’re coming from the Land Transportation Terminal of Puerto Princesa City, ride a multicab to the Capitol (13 Pesos/person, around 10 minutes travel time). From there ride a tricycle and tell the driver to take you to Abrea-Manalo Intersection. Travel Time would be around 5 minutes. Fare is 10-12 Pesos/person.

How to go back:

You can walk back to the airport.

You can also ride a tricycle that are passing by to take you to where you want in the town proper of Puerto Princesa City.