It was the 9th day of our backpacking trip around the province of Romblon and we decided to spend the day to rest as we’ve been travelling for 8 days straight! But at the afternoon of that day I still had itchy feet and since I wasn’t able to join Dazl, Marky and Pam when they went up Fort San Andres on the first day of our trip. I was asleep because I didn’t get much sleep from the boat ride to Romblon Island! 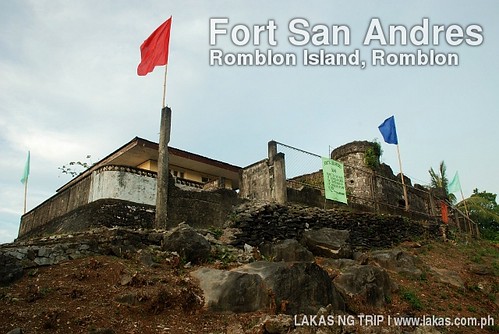 So I decided to visit the Fort of San Andres, I told Jessica (a friend of Dazl) about my plan to go up the fort and she was kind enough to have someone accompany me to get to there by motorcycle. (Sorry! I forgot his name.) I first thought that the fort is only reachable by foot as Dazl told me that that’s what they did when they went up but apparently there’s a road going there.

I was also accompanied by Basti, Dazl’s son, on our way up the fort. So we cramped up the motorcycle and begin the smooth and later-super-bumpy ride to the fort.

After about 10 minutes we arrived at the base of Fort San Andres. Feeling the cool wind, seeing the slowly descending sky and my ass aching from the bumpy ride I was ready to go forth into the fort.

Fort San Andres is an old spanish fortress and according to the banners that were posted inside “Built by the people of Romblon under the supervision of Father Agustin de San Pedro.”

The view of the sea from the island while the sun was setting was awesome. 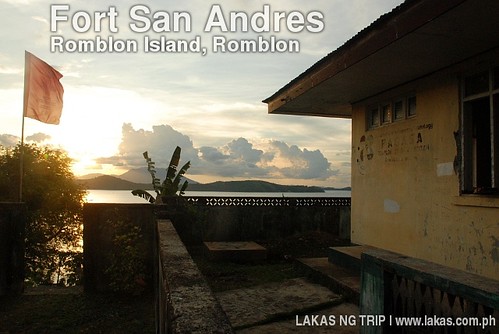 One can go inside the structure and see how old it was.

You can see the town center of Romblon Island and their port from a different perspective. 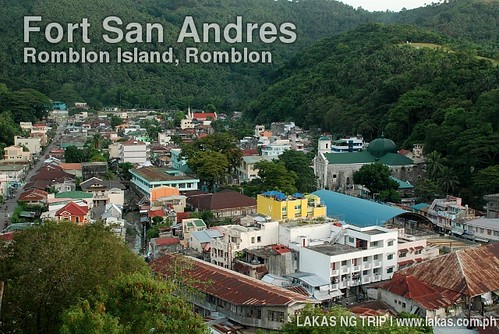 View of the town center of Romblon Island 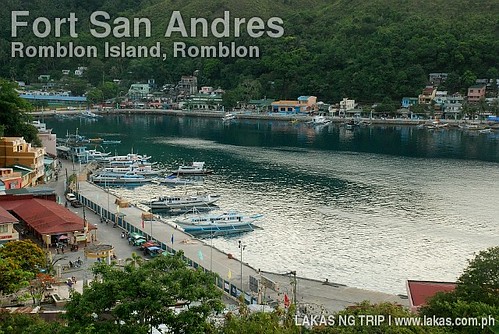 View of the Port of Romblon Island

Though old the fort has a high possibility for Heritage Tourism as it is part of the rich history that Romblon has. But slowly when something is not done to maintain the fort it will soon fall. 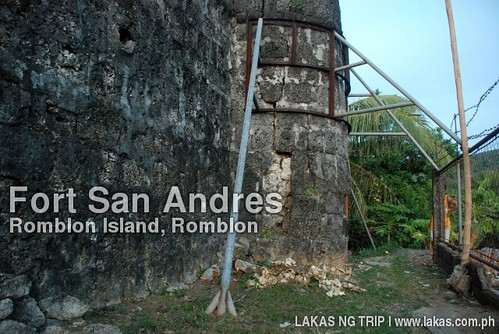 From the town center of Romblon Island. Ask around and ask how to get to the Fort of San Andres. You’ll be going to climb up the stairs a steep set of stairs. I estimate if you’re coming from the Pier of Romblon to Fort San Andres it would take about 15-20 minutes. 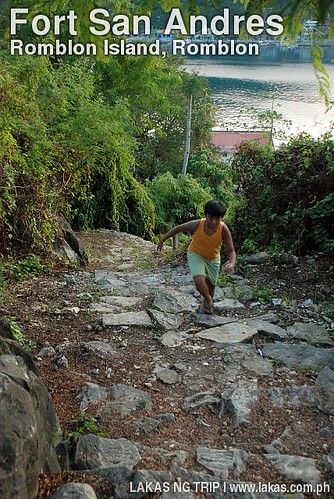 Just go back the same way you went there.