I arrived in Banaue, Ifugao around 6:30 AM, had my fill of breakfast and because I’m a bit of a cheapo I refuse to hire a 700 Pesos tricycle to Hapao Rice Terraces. I had to wait until 12 NN for the jeepney to go to Hungduan, Ifugao which only costs 30 Pesos/person.

Since I already visited the view decks of Banaue Rice Terraces, I decided to do it again but this time with an extra challenge. Fuelled by a hidden agenda I started walking, hoping to finish the 4 kilometer uphill route of the Banaue Viewdecks and back before lunch time.

I saw children and teenagers gathering and moving around, throwing what seems to be wooden carvings. A closer look and I see that they were winding ropes on the wooden carvings before throwing them.

It’s my first time to see a Traditional Ifugao Trumpo! According the local kids they call it Fow-oh (not sure if it’s the correct spelling). 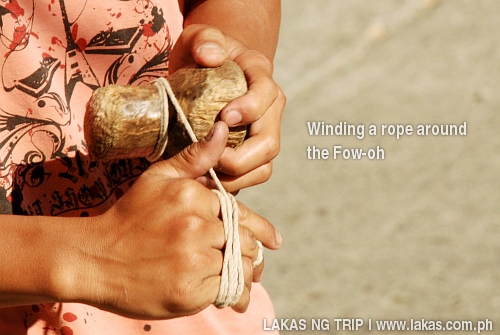 Trumpo is the tagalog of a top. The usual trumpo has a tear drop shape ball on top with a pointed end of a nail. 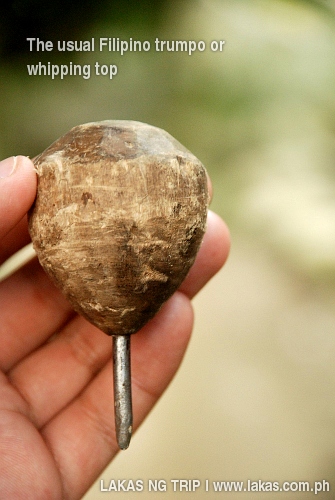 The usual game for the trumpo is by knocking other trumpos down by hitting them. And since the nail would directly hit the wooden body of other trumpos, they usually end up being split in two. #ChildhoodMemories

The game of Fow-oh is different too. Its top portion is flat so they could place it on the floor to be set as pins. They throw their Fow-oh to the pins and for every pin down a point is given. The game stops until they reach a certain number of points. 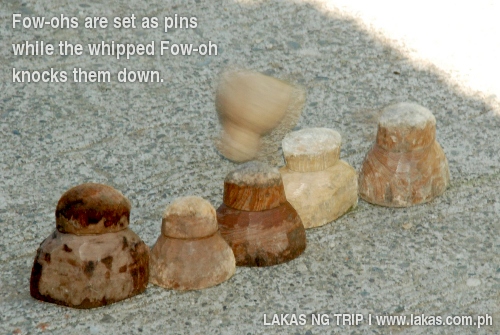 “Bakit pala kayo naglalaro niyan ngayon?” I asked. One of them answered “Nagppractice po kami para sa Urpi bukas.” (Urpi is one of their festivities just like the Imbayah)

Oh, it was a serious game. O well, the honor of winning the games fair and square is something no money can buy. 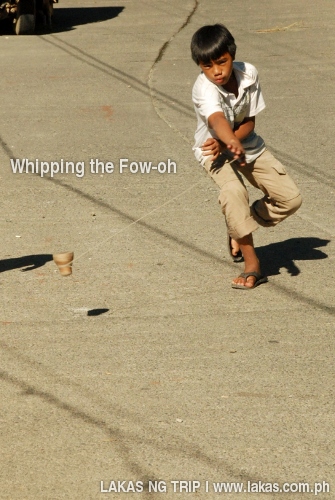 One of the Fow-oh warriors