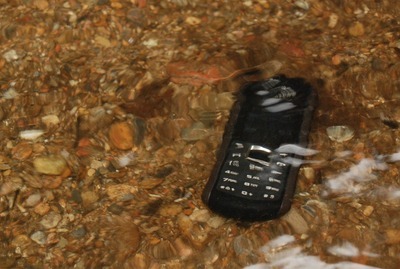 Samsung B2100 in the clear waters of New Rizal Falls of Roxas, Palawan

After a year of crazy and wacky adventures, my Samsung B2100 broke. What did I do to experience such an unlucky event? I just swam for more than 1 hour with my phone. Went back home I checked on its specification, it said Submersible up to 1 meter for 30 minutes. Woops! Looks like I overdid it. 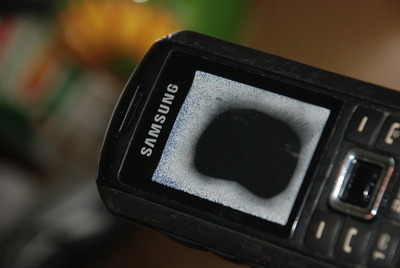 Droplets on the battery

What the phone is not

Was the phone worth it?

YES! YES! YES! When you have friends boasting their expensive iPhone, Blackberry, etc. get a glass of water and dip the phone into the water or just simply throw the phone about 3 meters away then ask your friends to do the same. I’m quite sure 99% of them will not do it.

Plus everytime I went to the beach or outdoors I never worry about waterproofing the phone. It doesn’t slip due to the rubbery like casing (bad news for the tight jeans though). It’s definitely a phone for a backpacker/hiker. Less worries and more concentration for enjoyment!

Some details were taken from http://ph.samsungmobile.com/mobile-phones/samsung-b2100