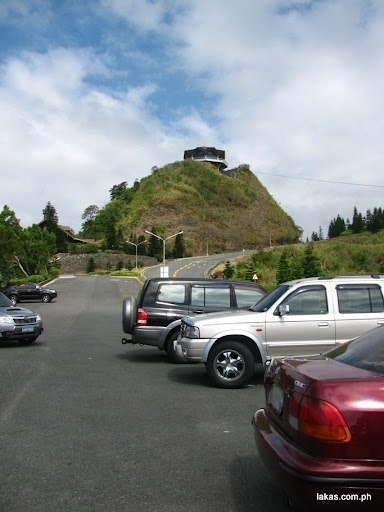 Since my co-lakas.com.ph are both active in running, they encouraged me [more like pressured me] to also join a run. Me and my officemates decided to join the Mizuno Run in The Fort, unfortunately we ran out of slots even before the end of the registration period. Luckily, we saw an ad in the Mizuno store that theyâ€™ll be sponsoring another race in Tagaytay Highlands. I havenâ€™t been in Highlands before [and I guess I wonâ€™t be returning there either, needs to find a rich friend to go back there, kidding!] thatâ€™s why I asked my officemates if we could join that race instead. They saw how eager I am to go there [ambisyoso!] thatâ€™s why they granted my request [yey!].

The day of the race [04.25.10], we arrived at Tagaytay Highlands around 5:45am. Luckily, the event was held in Midlands, as we were scared that theyâ€™ll let us run in the steep uphill there. The breeze was cold, a very relaxing one compared to the very humid breeze here in Manila. The environment and the view there was also beautiful, as not many houses are established there yet. A commoner like me canâ€™t afford to buy a land there; itâ€™s a very elite place to live in. 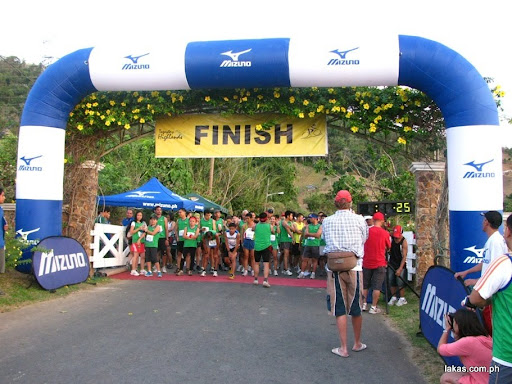 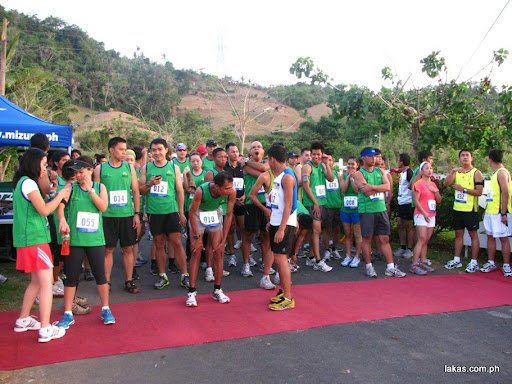 runners at the starting point

The race started late and most of the participants also arrived late. Thinking that we still have lots of time, me and Web went to the comfort room to take a pee minutes before the gun start for 5k. We then saw the place where the awarding was going to take place, so we went there and took some pictures. When we got back at the starting point, our category had already left and started without us. We hurried to catch up to our group. 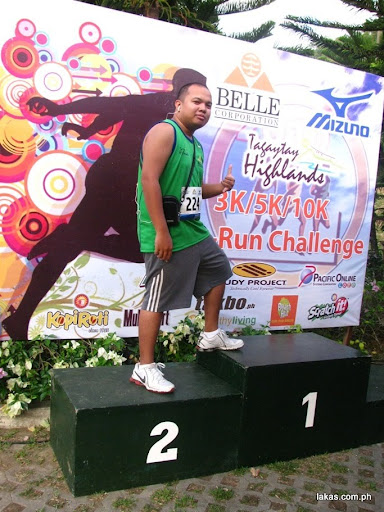 me before the race

Web and I had a strong start, since we caught up with the tail in our category. We passed one runner at a time. It was an easy first 2km, the breeze is cold and the sun isnâ€™t that high yet. We cruised the streets of the subdivision we were running on. After the first 2km I was slowly feeling the fatigue in my body. We ran until the uphill part, close in the 3km mark, where we met our group already going back.

It was my first race for the year and I havenâ€™t trained seriously for it. Â Lessons learned: train for this kind of activities if you donâ€™t want to exchange leads with two 5 year old kids. I shouldâ€™ve trashed talk those kids so they would give up, but they were accompanied by their dad who was seriously buff. 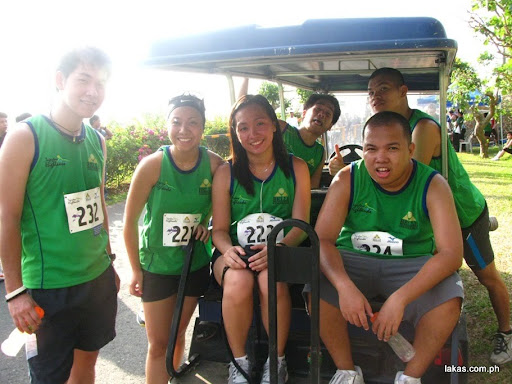 with the gang at the finish line

After the race, the organizer provided the participants a healthy meal [eww!kidding!]. They served us chilled pasta, with a slice of watermelon and a half banana, plus a vegetarian sandwich which has lots of lettuce and mushroom [just imagine how yummy it is]. After eating, we got our finisher shirts [woohoo!]. 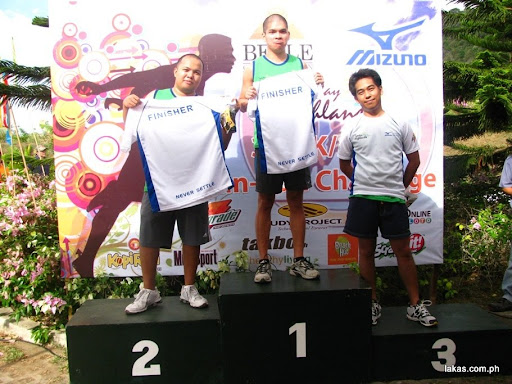 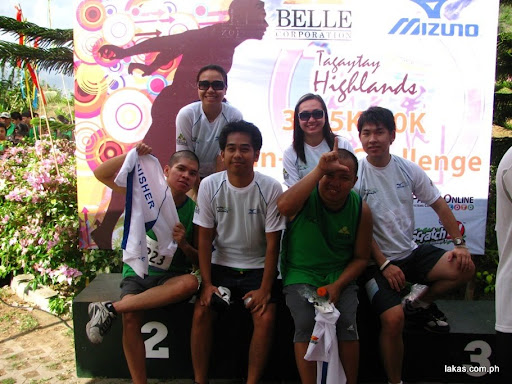 My race time was 46:47 [slowpoke!] I need to train more so that Iâ€™ll reduce my time to 30 minutes. Next race Iâ€™ll definitely become faster.

Below are some pics of what we did in Highlands after the race: 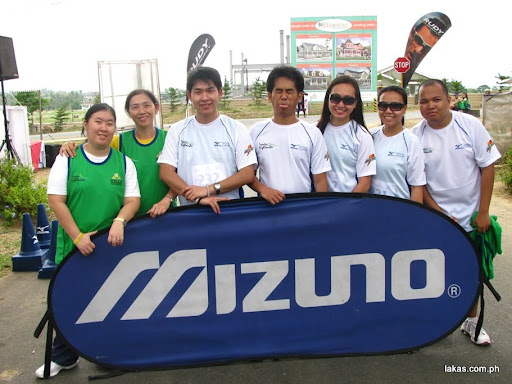 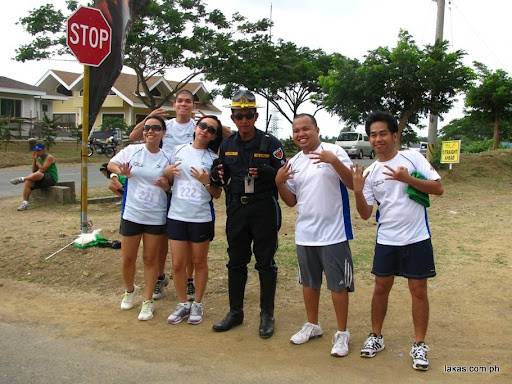 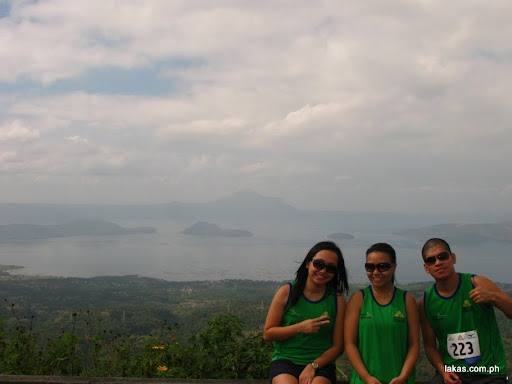 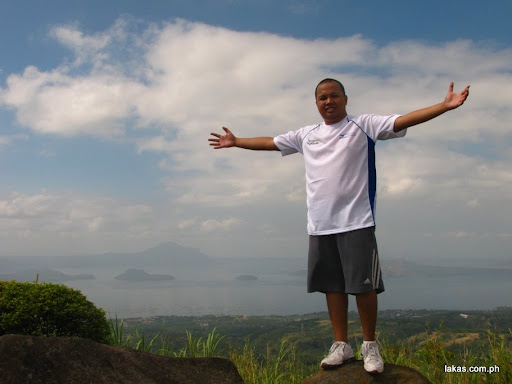 daniel on top of the world..