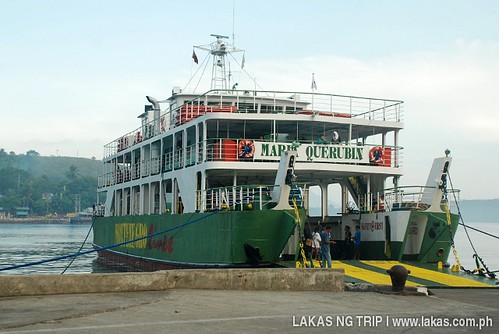 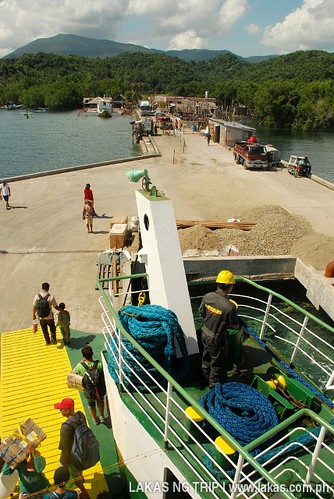 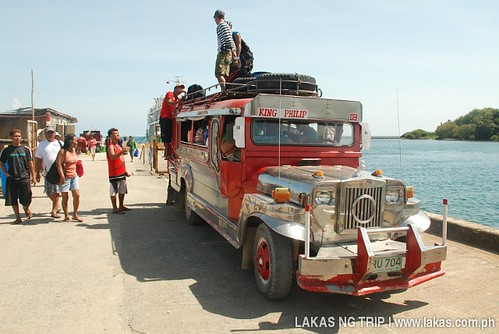 The eople inside the jeep were friendly and very accommodating to give us some of our much needed details around the island. What they usually see are people who goes to Sibuyan Island to climb up Mount Guiting-Guiting and not being able to have time to explore more around the island. They told us were the unusual ones but I’m glad we were.

One remarkable part of the jeepney ride was when we passed by a flooded area. The weather was great, a bit cloudy but no signs of rain falling, and the leaves on the flooded area was dry. We asked the locals about it and they said that it’s because it was high tide. 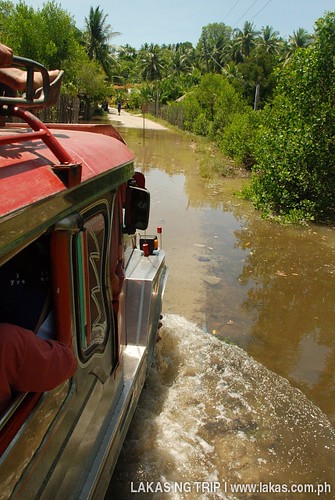 The flooded road was situated in a mangrove area, showing that we were still near the sea. According to the locals, on some months the roads waters were significantly submerged making jeepneys unable to pass by. I made everyone everyone stop to wait for the tide to come down, some in frustration, that eventually will lead to the delayed departure of Maria Querubin to Romblon Island.

We arrived in Cajidiocan, settled down and talk to the locals. And the following hours were filled with laughter, knowing more about the place and becoming an impromptu judge at a local bikini contest before we call it a day.

Before I end this post, I saw this when we visited the municipal hall of Cajidiocan. 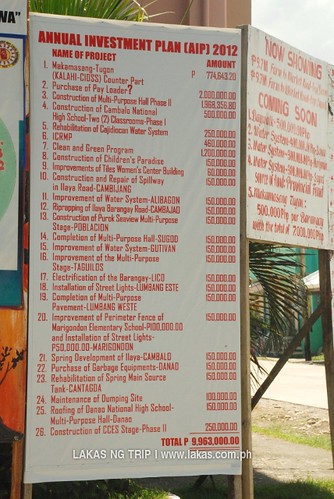 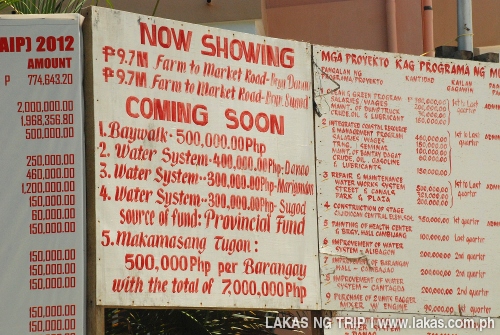 I was impressed that they showed publicly their projects and the budget of for the specific projects. It shows that they were not afraid to show the people a glimpse of what they were doing. Making themselves accountable if the projects fail to be delivered.

Kudos to the people behind this! 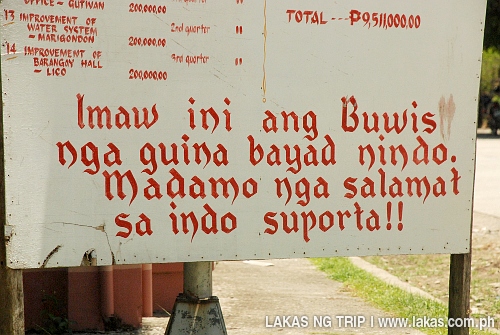 This is where the taxes you are paying go. Thank you very much for your support.