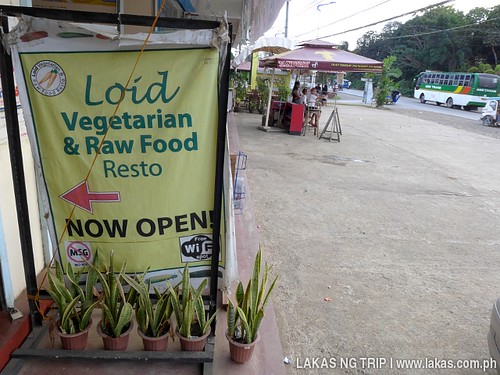 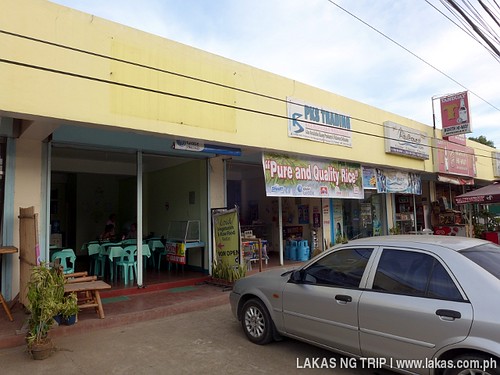 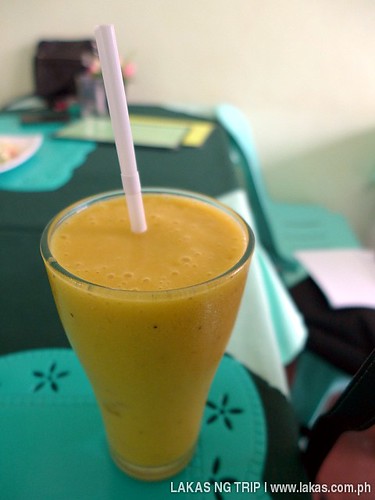 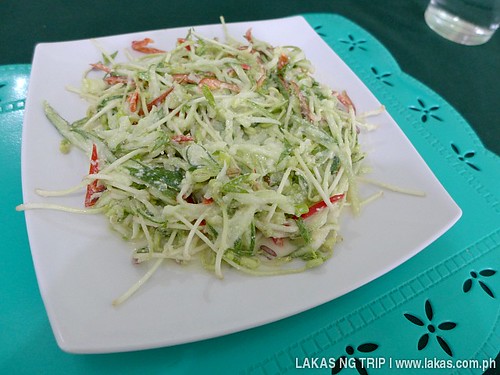 Jem then corrected me that it was not cheese that I was tasting, it was Loid’s homemade Cashew Cream which was a good substitute for cheese. This was a vegetarian diner, no dairy was included.

Finally, my Stir Fry Vegetarian Pad Thai came. Strips of cabbage and carrots with bits of onions and string beans intertwined with rice noodles then sprinkled with crushed nuts shining with a small amount of coconut oil. One taste made my stomach go to overdrive. It had that hint of spicyness that was deliciously mixed in the noodles and vegetables. I finished it in less than 5 minutes. The serving is large too for 2 persons, I was just hungry. 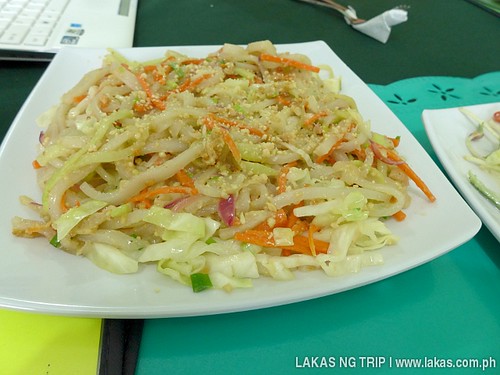 When I get back I shall try the following as the sisters advised:

As per Jem’s advise “Drop your pointer finger on the menu and whatever it points to order it.” In summary, everything there was good.

Expenses for the 3 of us 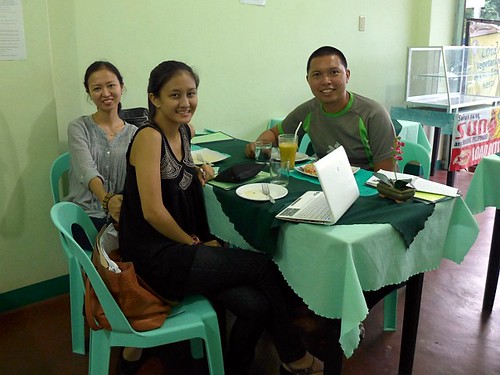 Jem, Kz and I at Loid Vegetarian & Raw Food Resto

I am no vegetarian but Loid Vegetable and Raw Food Resto made me realize that being vegetarian may not be as gastronomically sad as I thought it would be. 🙂

How to get there
From the town proper of Puerto Princesa ride a multicab going to San Jose Terminal and tell the driver to drop you off at DCRM Building. Fare is around 10-13 Pesos/person. Travel Time is less than 10 minutes.

Alternately, you can ride a tricycle and tell the driver to bring you to DCRM Building. The rent for the tricycle should cost you around 100 Pesos. 5 persons could fit in the tricycle.

How to go back
You can take a tricycle or multicab back to the city proper.

Note
They do deliveries as long as it is within the town proper of Puerto Princesa. Minimum order of 300 Pesos and an additional 20 Pesos per delivery.