A man on a raft caught my attention while I was taking pictures at Balai Isabel. 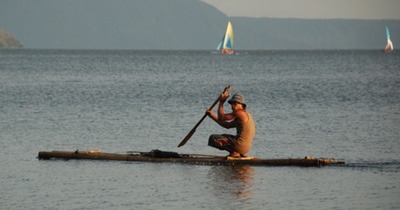 I observed him wandering on the waters of Taal Lake until he carefully stood up, took a thin long pole of bamboo and steadily observed the waters. I then realized that he was located in deep water when he slowly poked the water with the bamboo. 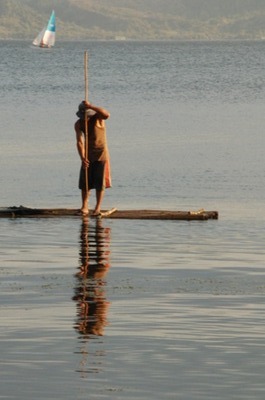 He lifted the bamboo now with a cage on the lower end and just before the cage was completely lifted, tiny little splashes were made inside the cage. 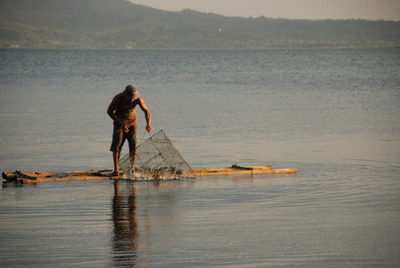 He opened a small door on the cage, shook it while guiding the catch to the net. 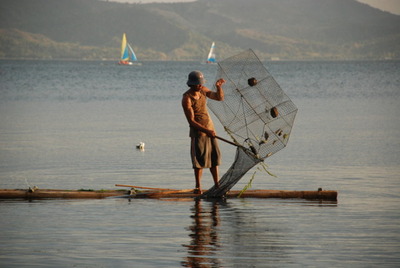 After placing some pellets on the bowls inside the cage, he carefully guided it to the bottom. 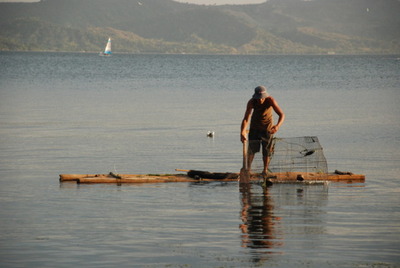 I wanted to swim to him and ask questions, but reconsidered when I realized I had no one to leave my camera with. Plus our company’s director told us not to swim in the shallow part of Taal Lake since it’s full of weeds and there was a high probability that I could get entangled.

Frustrated, I shouted “Anong isda yan kuya?” he answered “Tilapia.” I was hoping he would say the overharvested tawilis, the only freshwater sardine known to the world.

He cautiously sat on the small raft and paddled to a farther location. 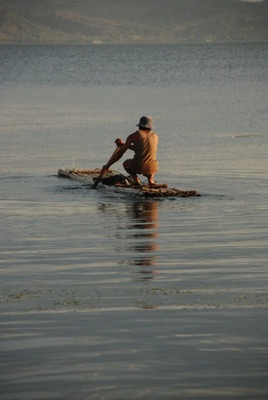 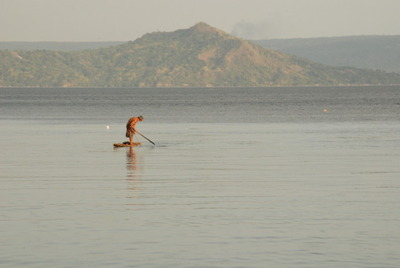