I have been looking for something different to see in El Nido as I’m finished withÂ Island Hopping, visit to Nacpan & Calitang Twin Beach and many other things to do there that’s when I heard someone spoke of the Mangrove Eco Park.

I was asking the locals and many of them did not knew the Mangrove Eco Park until I stumbled upon someone who said that it was after Maremegmeg Beach from the town proper but she was not sure where it was exactly. With that hint we looked for a tricycle driver who would be willing to venture and search out this mystery Mangrove Eco Park. Luckily, we found one.

We rode the tricycle and after passing the drop-off point of Maremegmeg Beach about 500 meters we asked a sari-sari store along the road. It turns out they did not know where it was but knew of its existence.

We continued down the road until we saw this fence made of many small bamboo poles. 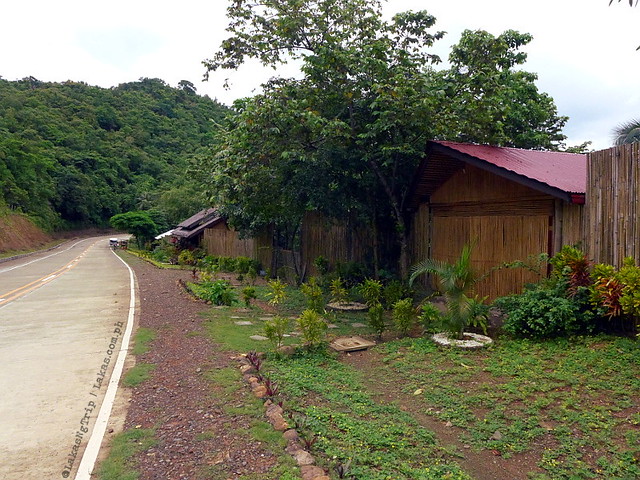 It looked closed from the outside except for the small opening of the main gate. Luckily, there were some people outside maintaining the plants. We asked them where the Mangrove Eco Park was and they said that it was right there. They said that we should just go to the gate and there will be someone there.

My thoughts was “I’ve seen this bamboo fence a lot of times and I didn’t even know that it had something awesome within it!”

Since it was also the first time of our tricycle driver I invited him along and promised that I would pay for the entrance fee. He was hesitant but I said that it would be better for him to know what’s inside so that he knows if it was worth the travel or not.

That was not right.

Mangrove forests are important to nature because they serve as filter of trash from land to the sea. Especially in El Nido where they should be protecting their marine environment.

Also I’ve been going around Palawan for quite some time now and whenever I ask people who makes charcoal which wood are the best for making charcoal they would answer Bakawan. So creating another source of living that makes more profit of having the Bakawan alive than dead would be a better choice.

I kept on asking how much the entrance fee would be that I think I sounded like I was begging them to take my money. The caretaker just said that they were still preparing something and sometime very soon they would be requiring an entrance fee for every visitor. And that calmed me down.

So we asked for directions and started on our way. The caretaker warned us to watch out for snakes. Then the Mangrove Paddle Boat Tour of Sabang quickly went through my mind.

We first passed by some rooms. I think this was supposed to be a resort. 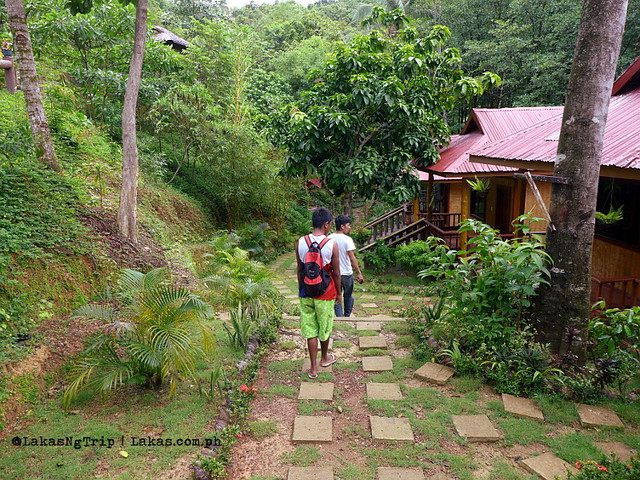 Then we came to the point where there was a pathway going to the Mangrove Forest. 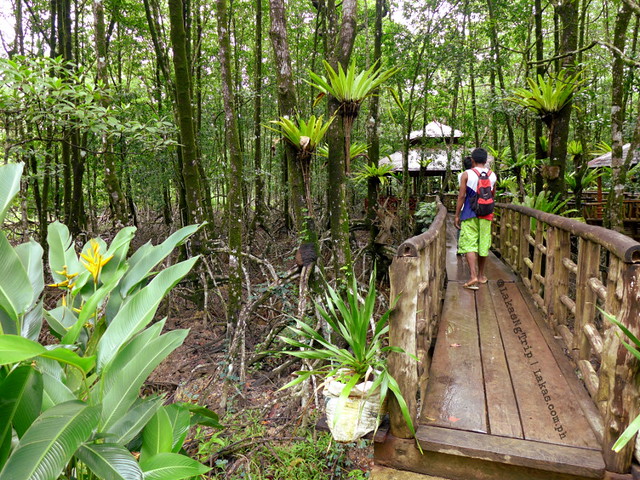 And I shall let the pictures do the talking. 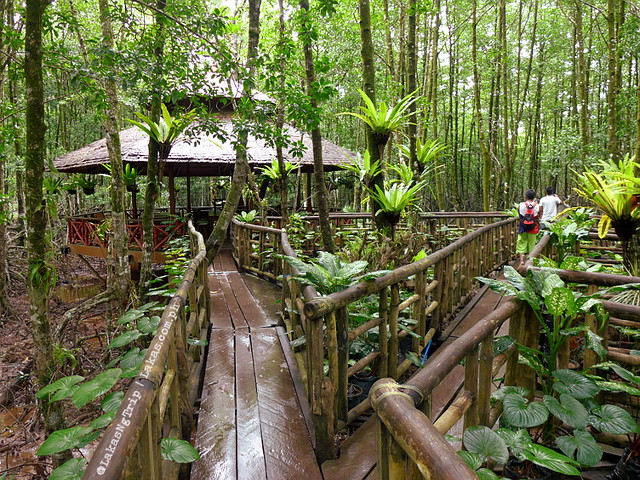 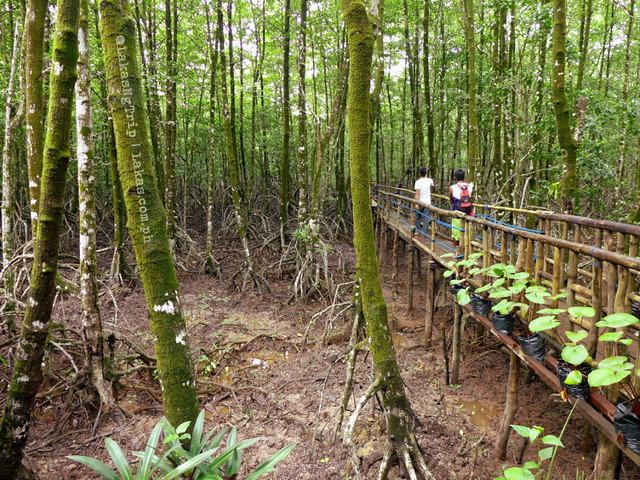 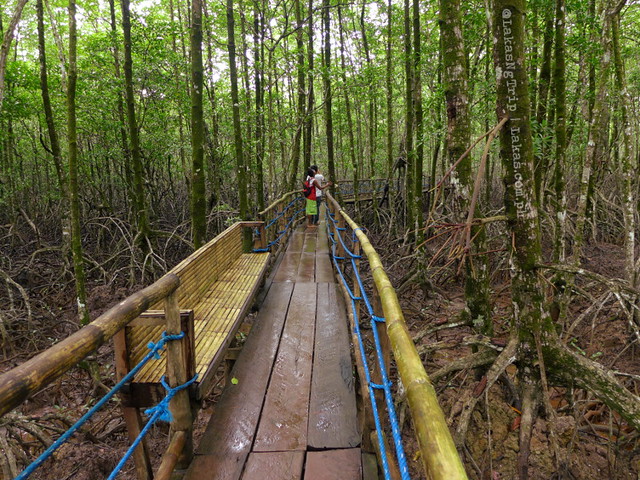 Rest stops along the way. 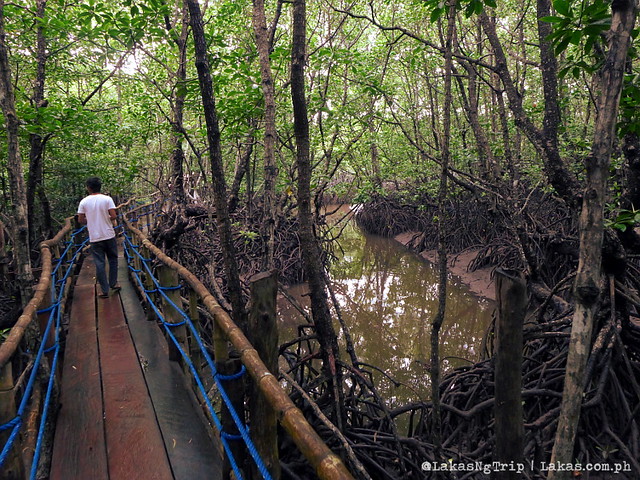 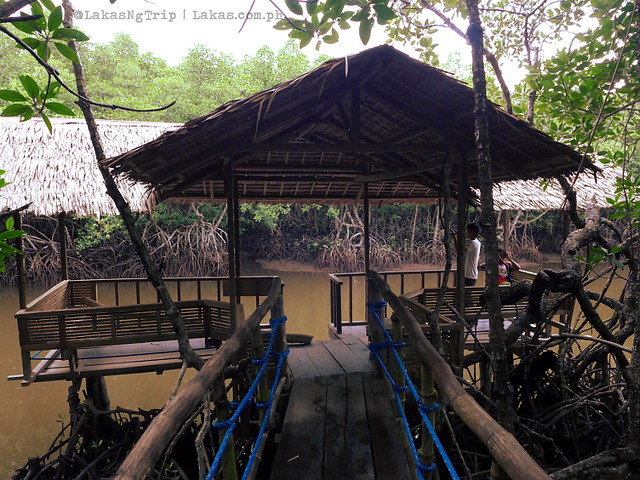 The end of the trail.

Panoramic view of the end of the Mangrove Eco Park Trail.

After spending a few minutes on the cottage at the end we decided to go back. 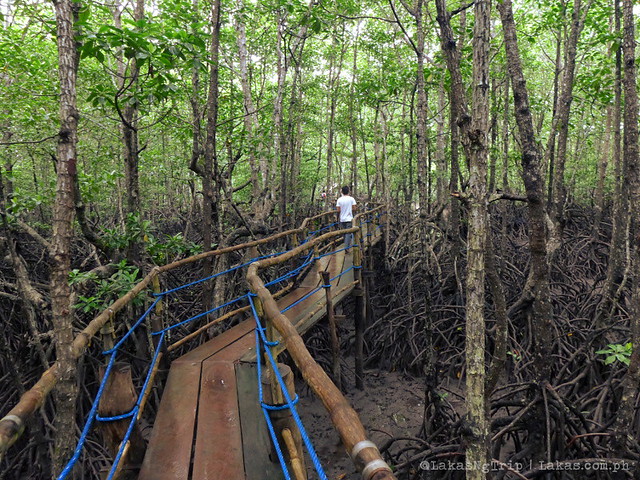 We arrived at the Mangrove Eco Park around 2:17 PM and got out of the park around 2:49 PM. Just around 32 minutes but I’m sure if you are with friends it would take more time.

You can rent a tricycle from El Nido Town Proper to get there. The price of tricycle rental for Maremegmeg Beach is 300 Pesos, so I would suggest that if you are visiting Mangrove Eco Park and Maremegmeg Beach I think an additional of 100 Pesos would be okay. Total of 400 Pesos.

Travel time from Town Proper of El Nido to Mangrove Eco Park should be around 15 to 20 minutes.

The tricycle driver would wait for you.

Please do pay for the entrance fee once it is implemented. Let’s support efforts like these to protect nature. 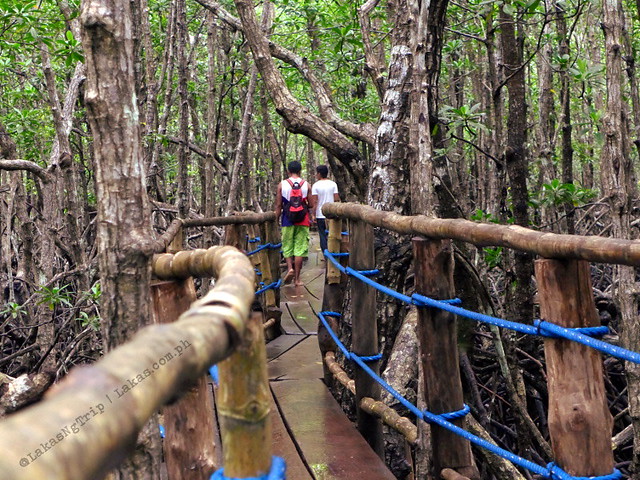 Have you been here lately?