We arrived in EspaÃ±ola, Palawan on a Wednesday for me to have a crash course about agriculture. We went by the Market of Abo-Abo, where the intersection of the National Highway, where one road would lead to Quezon where the Tabon Caves Complex are located and the other to Brooke’s Point and Rio Tuba. The market was big but it resembled a ghost town as only a handful of stalls are open and the other are vacated. I asked why the market was very big and yet no one occupies the stall. On my standards it was a total waste of space. Tito Nani said to me that I should go there on a Thursday to see why. 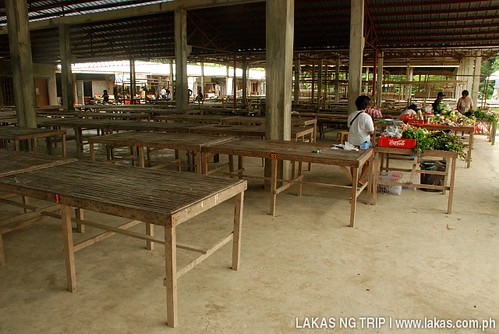 The next day, from the research facility of Department of Agriculture in EspaÃ±ola I walked to the under-construction-muddy-due-to-the-rain National Highway and to the market. The ghost town market was no more, as the place was filled with living souls with bodies and a lot of goods being traded. 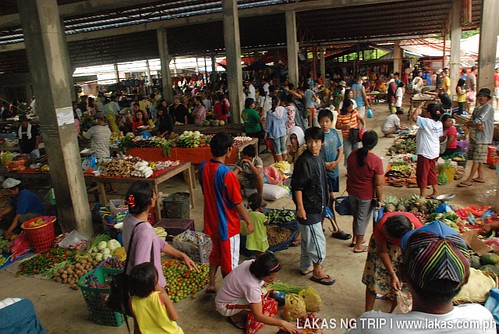 Turns out that every Thursday is Market Day at Abo-Abo Market. This is the day where producers can sell their goods directly to the end-user. The goods sold that day were vegetables, fruits, dried fishes, fresh seafood, pots and pans, bolo, canned goods and many more. 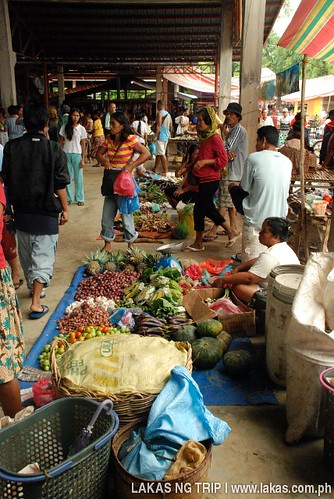 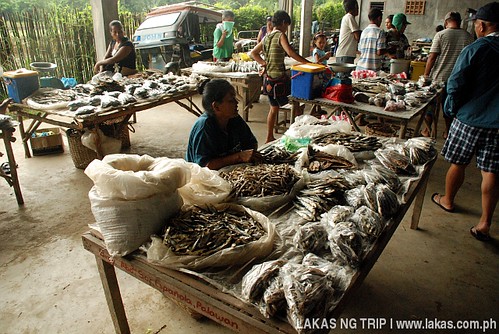 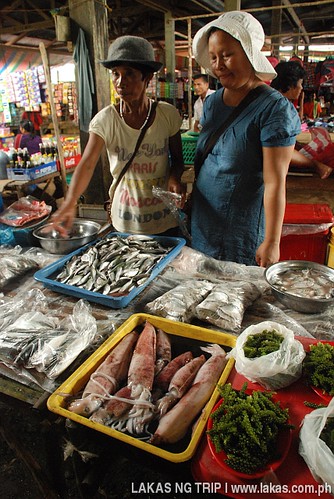 I was also pointed to some of the people there, the people around told me that they were from the native tribe of Palawan named Pala’wan. Unlike the usual palengkera, they were really quiet ones and only spoke whenever they are asked. I was happy that they were like that as I could concentrate on checking their goods without being bothered by another persistent seller. But I also know that this is also their disadvantage when it comes to marketing.

I saw one of the Pala’wan took out a plastic of tabacco and a sheet of newspaper/magazine. He took a small amount of tabacco and placed it on the small strip of newspaper and lit it up. This became his cigar. I knew that this types of cigarettes still existed but it was my first time to see one actually doing it. 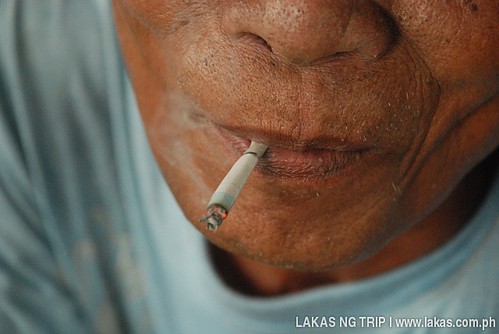 There were also trucks and jeepneys outside the parking area. According to some of the people standing by that the sellers also go to other market days in other baranggays of EspaÃ±ola and for them to easily carry their goods they would be needing the help of the big transportations. It turns out that there is a rotation of Market Days throughout the whole week around EspaÃ±ola. 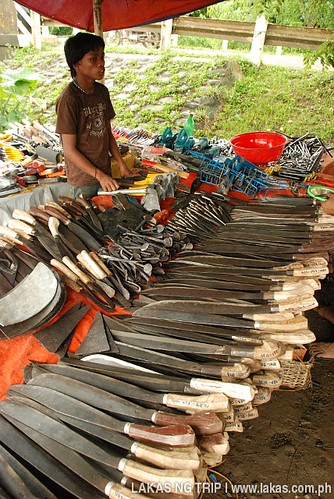 Knives and other metal works 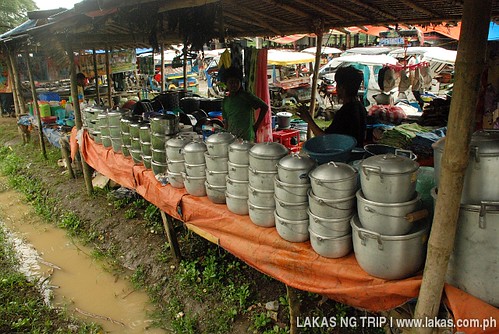 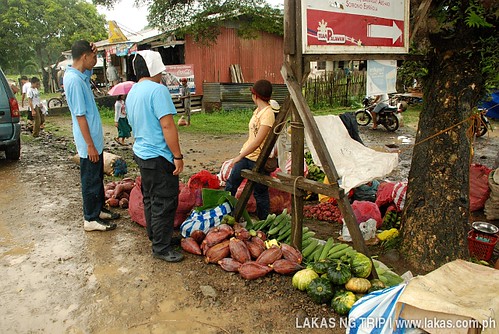