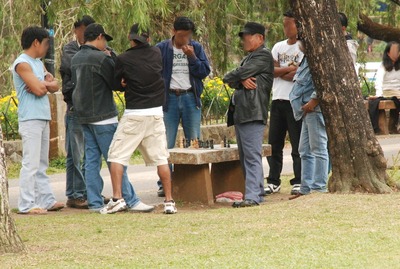 I saw this group of people during my visit to Burnham Park and I remembered a similar situation when I was tricked in Cubao during my high school days.

How does this modus operandi work?

If you see this type of groups during your travels or everyday lives, avoid them and do not be curious about what they are doing. They are really good extortionists.

Here’s a picture of the placing of the pieces if you want to solve the problem without the risk of running into extortionists.