I promised myself, if Iâ€™d join another race, it should not be anywhere near our house. But the thing is, our friend in UP Mountaineers, Pen Nepomuceno, had complimentary slots for the Enervon Happy Trail Run. So, game! Patulan na â€˜to! 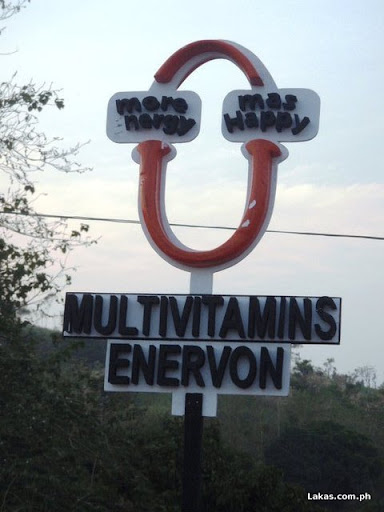 So, Pen, Yves, Cha, Gab (the virginal for trail run) and I met at Jollibee Philcoa for more happiness. I was never a morning person. But, with events like this, I make sure that I could make it on time. How? By not sleeping. Yes, I was never a fan of sleeping. Not that I am excited for the run but, if I sleep, I might not wake up on time. I sleep so late and even 5 alarms could not wake me up in the middle of my sleep. Even if I am tired, I promised my teammates that weâ€™d go for the run and be happy!

From Philcoa, it was a struggle to get to Timberland. None of us were familiar on how to get there. So, we asked some guys on the street.

Ok kuya, we got it. We go straight. We got it! Promise!

Then, another guy approached us. Maybe he has a better suggestion.

Geeshâ€¦ I thought so too.

And finally, after a 10minute walk, we also got our free singlets (thank you Pen for signing us up). We saw familiar faces, team mates, org mates and other friends. It was fun chatting with them, to release some nervousness, bilang ito ang run ko after dalawang buwan na walang takbo. 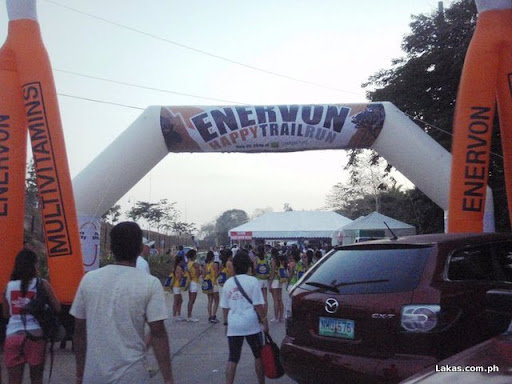 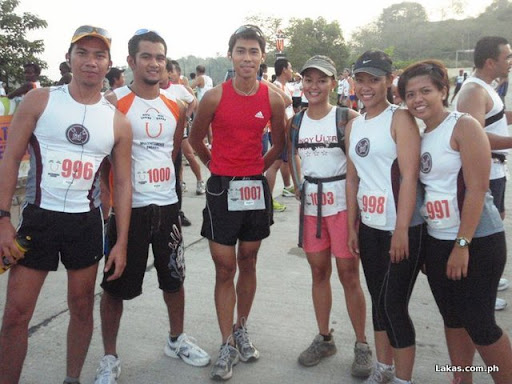 Picture before the race

Threeâ€¦. Twoâ€¦. Oneâ€¦ Go! And off we went to run. First few kilometers: Hell!!! Steep!!! Wake me up! Someone!!!! I really did not expect that it would be this tough at the beginning. It looked like an â€œalay-lakadâ€ affair because most of us, if not all, were already walking because of the steepness of the trail. I thought, â€œI should have eaten my breakfast and prayed to God for guidance.â€ But, what the heck! I am here already. I might as well continue this. 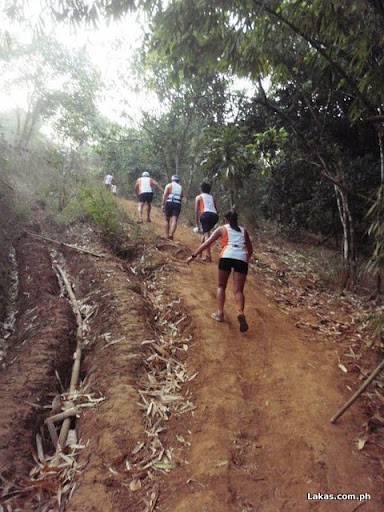 There came a point that we had to fall in line because the trail is only for one person. Also, it was so scary to pick up the pace especially if it was going down since the soil was too loose and it you fall, you could injure the people in front of you. Itâ€™s like a domino effect, if in case. There are also times that you canâ€™t see the people in front of you. It was a bit scary when paranoia kicks in and trail sign visibility are low every 1km. 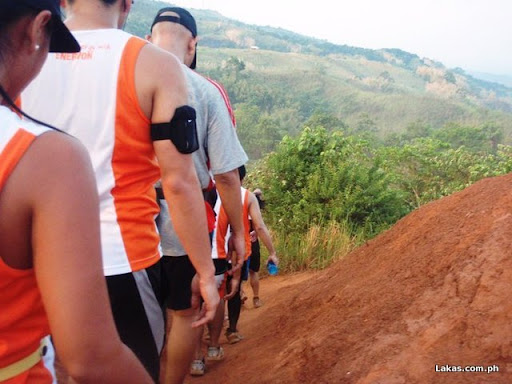 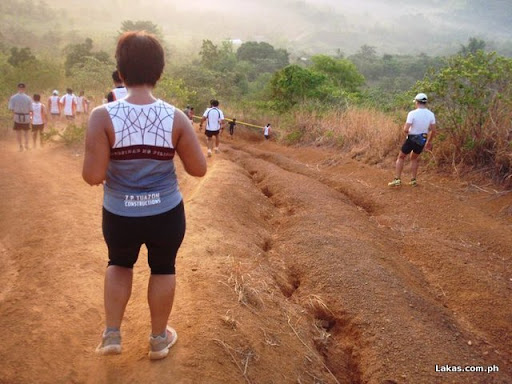 While running, I could see my childhood flashing back. I also kept thinking about my family, my career and my life in general. It really made me think about my situation. Funny as it sounds, but, I had many realizations because of this trail run.

Good thing Cha and I were about the same pace. We had chismisans. I needed distractions. Mustâ€¦ finishâ€¦ theâ€¦ run!!!!!

There was also a shorter run for kids. They were so cute, wearing their baby bibs. There were even toddlers trying to hurdle up while two adults hold each of their hands. What a nice way to end our run. 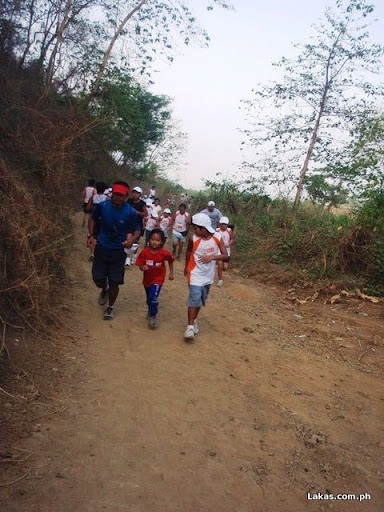 Whatâ€™s the next best thing after finishing the run???? Loot baaaags!!!! Aside from the jersey, the loot bag had a finisher shirt, water bottle, energy drink, feminine wash, razor (sssssss, so many razors), energy powder (?), towel, and other samples. Also, there was a free breakfast courtesy of San Marino. While eating, you could enjoy the upbeat sound of the Session Road playing in the stage. 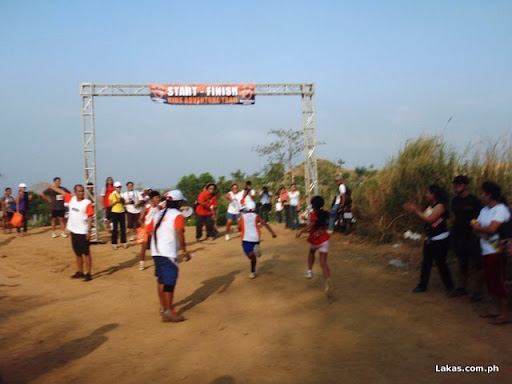 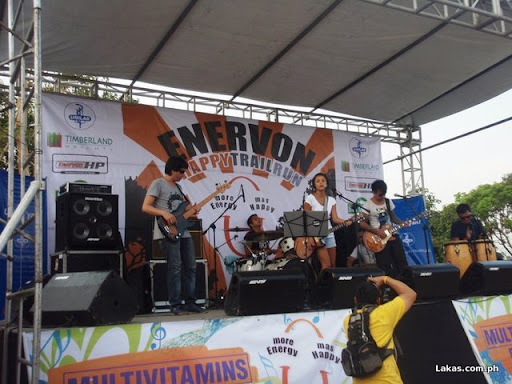 The run was really fun because of the people I am with. Had I been alone, I would be bored or finish a little later. I am not used to listening to music while running. Good thing, I was with a group of people who pushed me to finish this. I could say I am not a newbie in trail running. I had a long rest from running because of my work. But, after this day, I promise, I will be backâ€¦ I will save more energy because sabi nga ng Enervon, â€œMore energy, mas happyâ€! Cheers to more run! 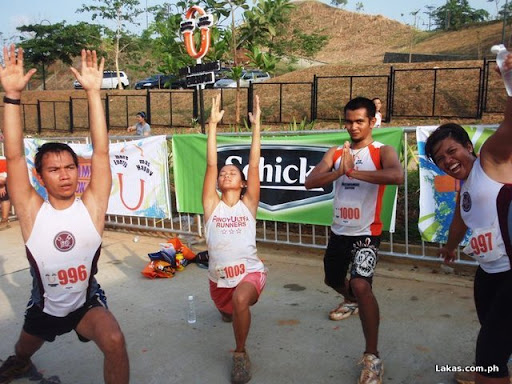 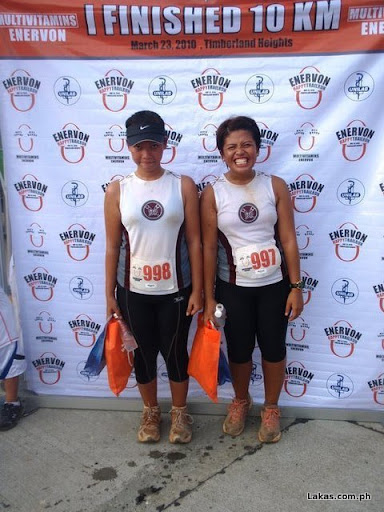 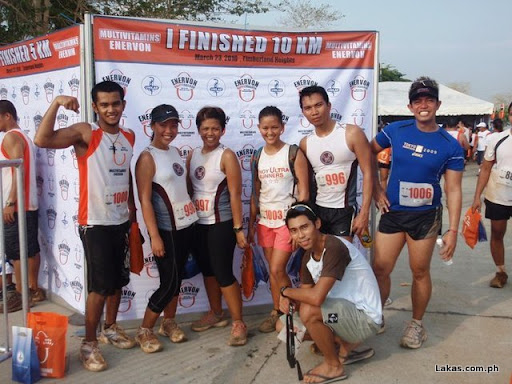