It was late in the afternoon of January 26, 2009. The usual cool breeze of January blowing through the Seaside Boulevard near Mall of Asia. It was the usual scene on the seaside, family gathering, couples dating, students roaming and boats passing by on the waters. 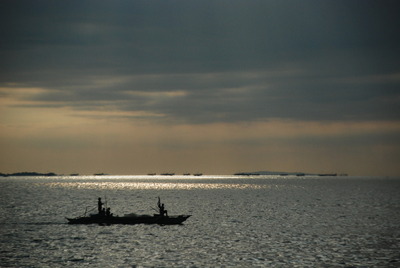 I was not here to see the usual beauty of Manila Bay sunset nor did I take a half-day leave from work just to see it. I’m here for something unusual, something that does not happen everyday, something that no man has control and only the Mighty Creator can command.

A little past 5PM it started. 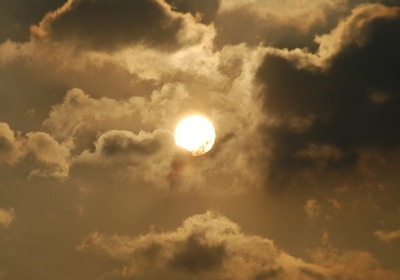 I do not know the probability of seeing such a phenomenon. I’m just a frustrated guy with an almost two month old dSLR camera burning with passion on discovering what me and my gadget can do. Frankly, even with a dSLR I was still ill-equipped for shooting directly to the sun. I had to improvise.

First, I used the bug-eye sunglasses that I bought earlier from i2i where the salesman lied to me when he said the shades was unisex, it was definitely for the female gender. Regardless, it wasn’t for me, it was for my genderless camera. I just need it in front of my lens and it becomes an instant neutral density filter. The photo above was done with the use of the bug-eye sunglasses.

Second and the not-so-great idea was to buy a semi-transparent plastic from a bookstore. I was looking for a black semi-transparent plastic but quickly decided to get a blue one since the former was nowhere to be found. It was one of the worst idea that I ever made in an hour. The plastic was too big, not a very good idea when you’re battling with the breeze of Manila Bay. I just took some shots and quickly disposed it and went back to the bug-eye shades. 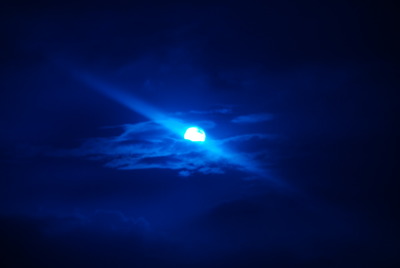 The phenomenon was slow. Boringly slow! So I took random shots again. 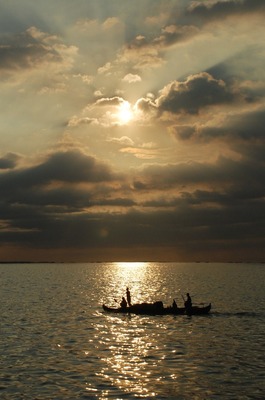 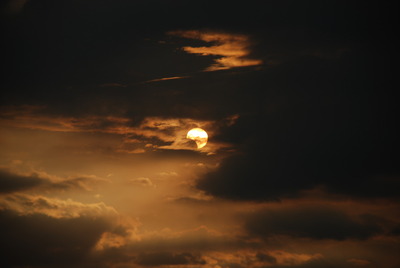 Until the clouds ate the sun. Bummer! 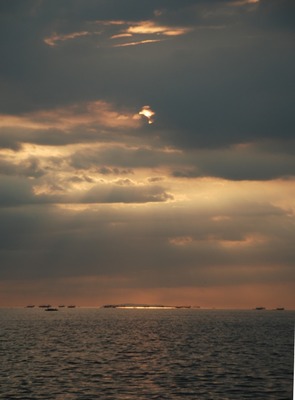 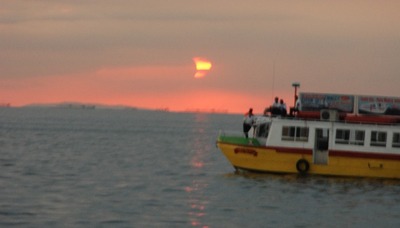 For about 3 minutes I witnessed the not-so-usual beauty of the Manila Bay sunset.

It all ended around 5:50PM. I’m not sure if this would happen again, maybe not in my lifetime. I’m just happy that I’m one of the lucky people to have experienced such a phenomenon.