After our trip to Maqueregaen Falls my friends were getting more adventurous, so we decided to try the islands of Roxas, Palawan. And our first target was Pagbo Island since it was the closest one from the town proper of Roxas. So my friends called some friends to see if their boat were available and when scheduled schedules were moved and we were all set for this short half a day adventure. 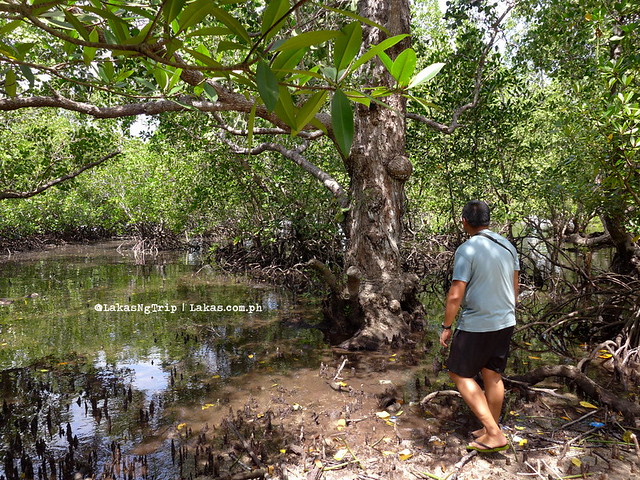 10:20 AM – After a long wait due to some engine trouble with a van,Â we were at what locals call Badjao Village where our boat was waiting. We secured our motorcycles and started uploading ourselves to the boat. Albeit cloudy, the waters were calm, my favorite weather. 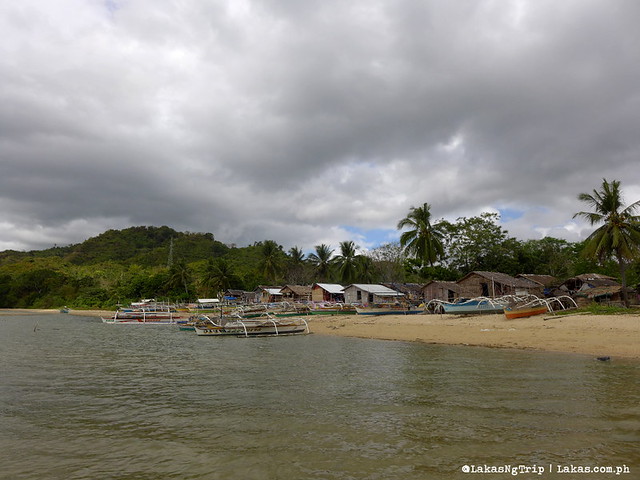 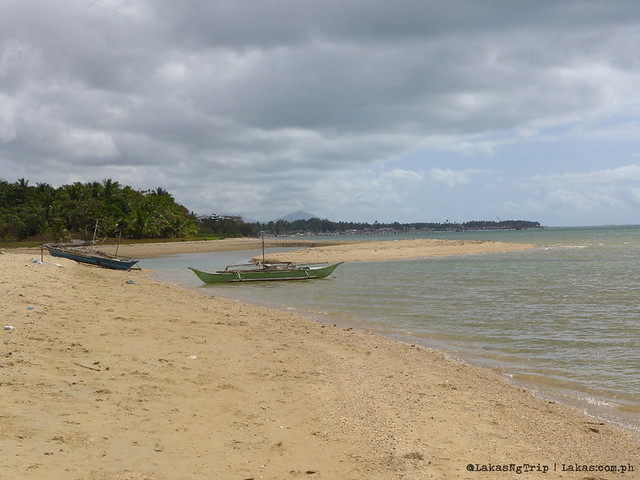 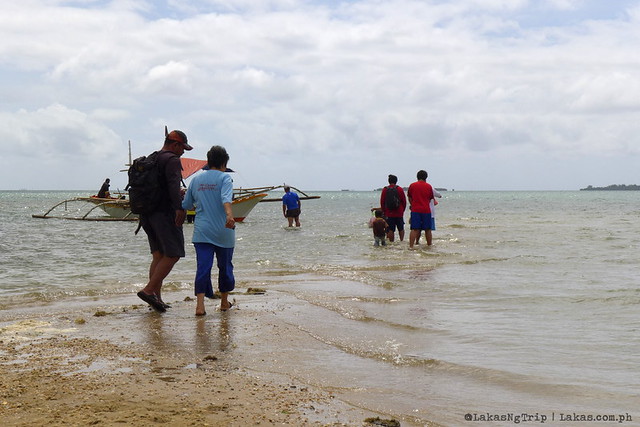 The reason why we chose Pagbo Island over the other islands of Roxas was because of the fruit bats that stays at the island. And we were not disappointed as from afar we could already do some bat watching asÂ they were huge. By my amateur observation their span would around a meter or more.

11:00 AM – We were finally able to dock at a small shore of the island. Around 30 minutes boat ride. The whole island itself is made of sand but there’s only a few place that a boat can dock because almost the whole island is covered with mangroves. I liked it that way. Undeveloped. 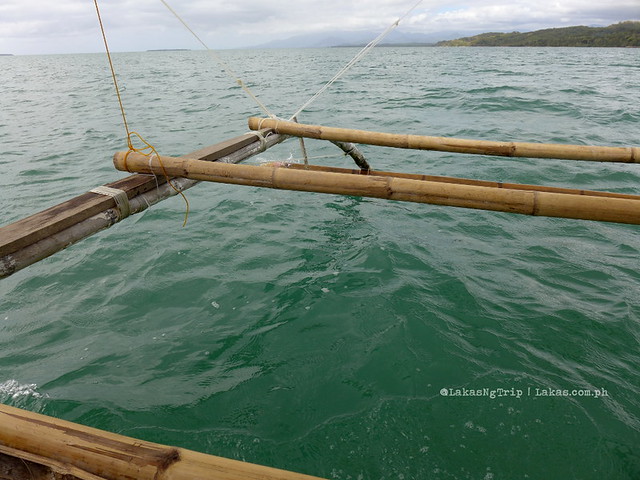 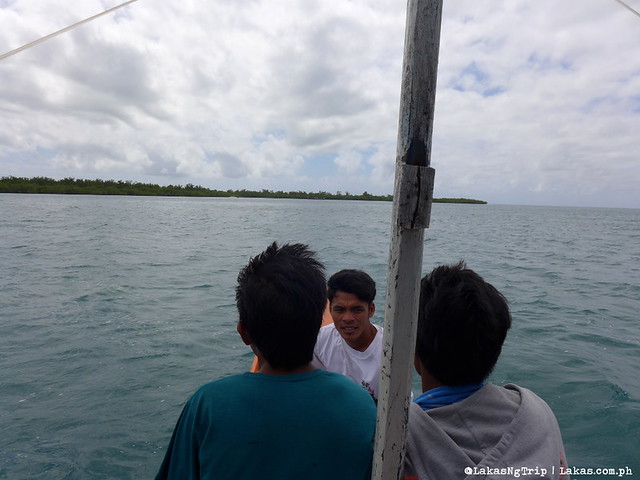 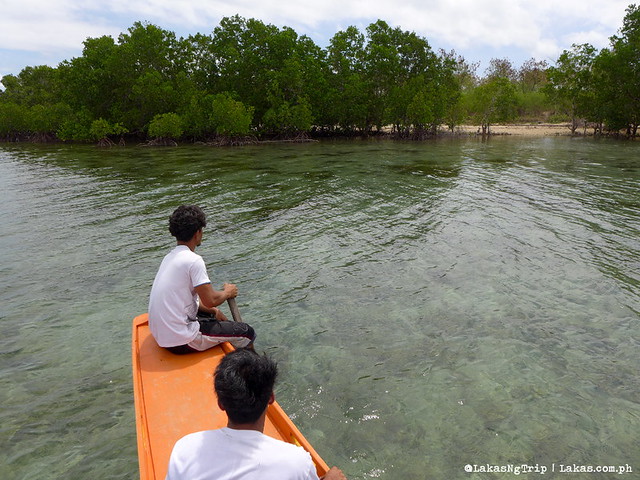 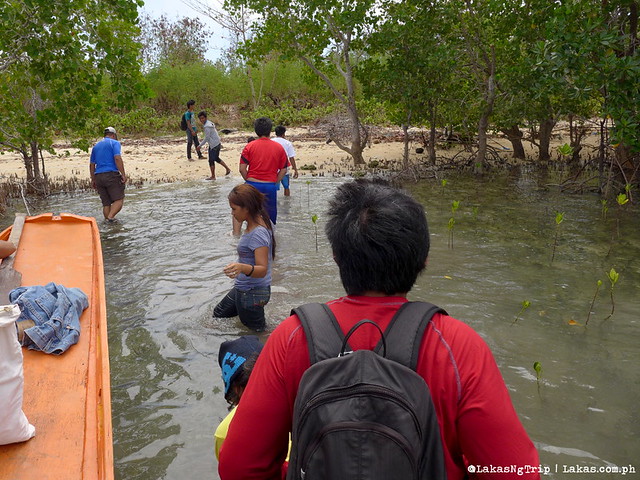 I find it creepy to see the roots of the mangroves to be pointing upwards like spikes that could puncture my body if I fall into them. Still we went, slowly but surely. Unfortunately, my slippers were weak and it was damaged by the movement of my feet and the mud below the waters. 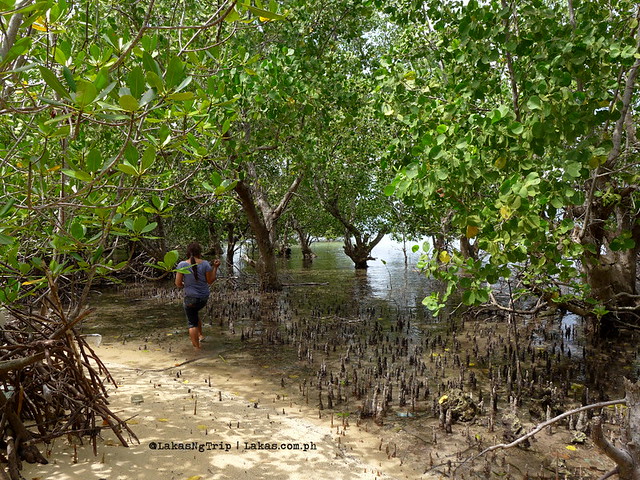 With our guide, we started walking away from the boat and towards the bats. 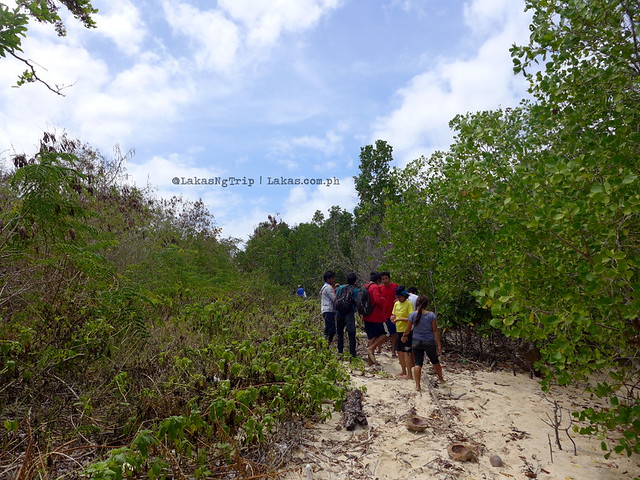 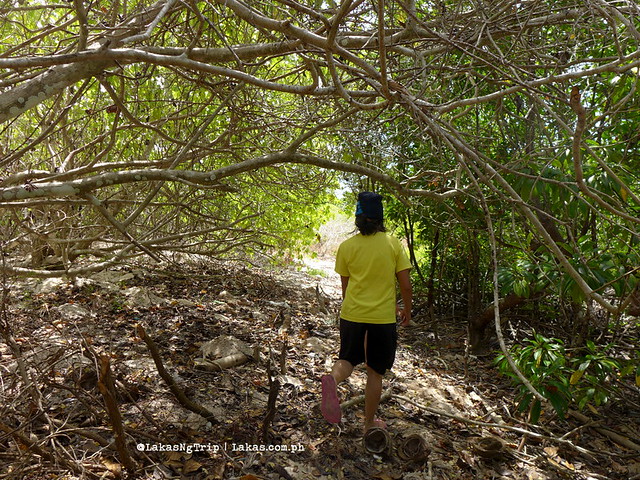 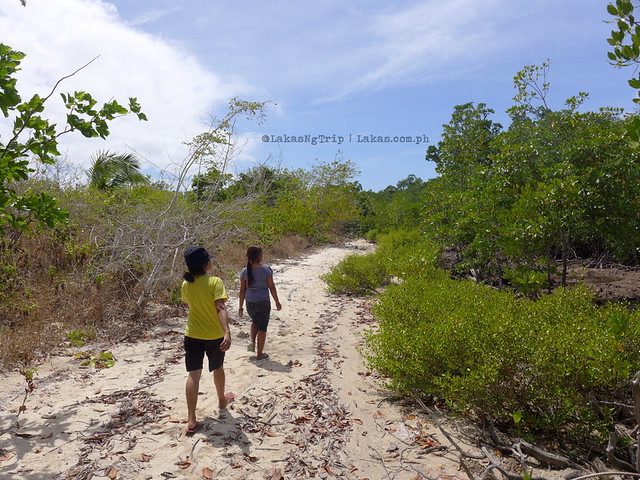 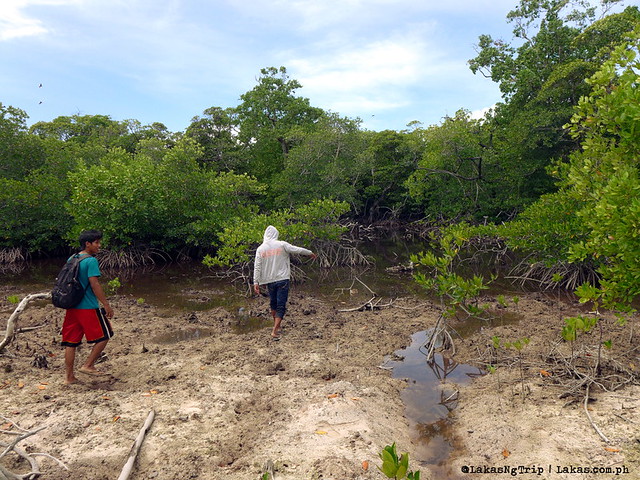 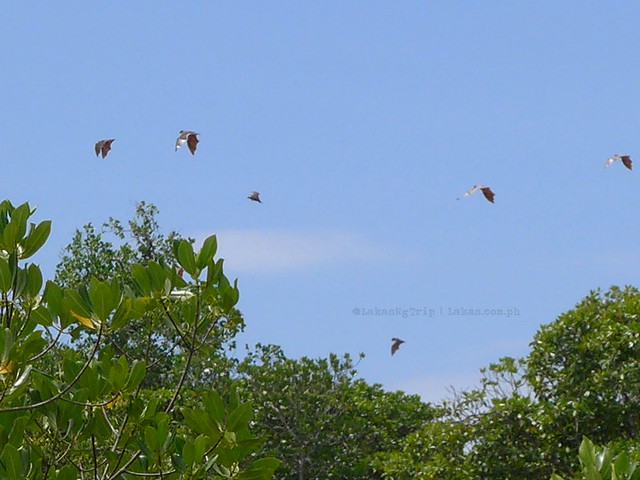 At some point there were mounds of sands. We asked our guide whether this was due to the tides but she said that it was due to crabs that dig on the soil. 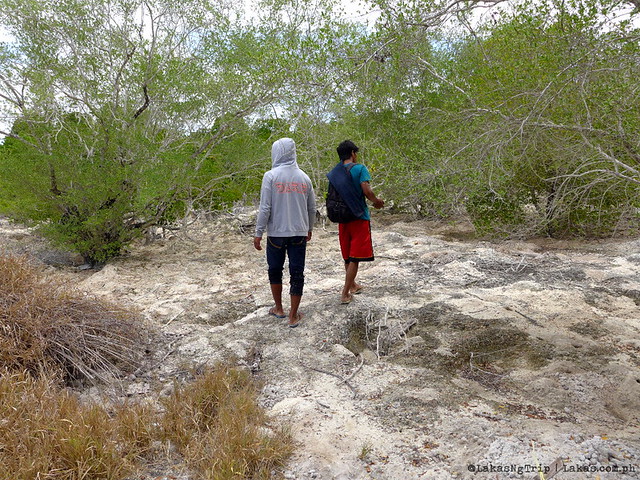 Then the guide turned to a dense mangrove and went inside it. I was unable to go due to my slippers. #LameExcuse 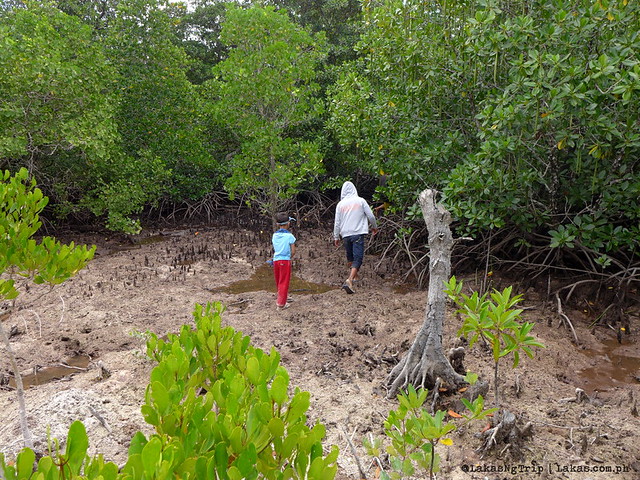 The others that did not went in just sat down and talked until we decided to just go back at the boat to drink some water. (Why do I always forget to bring water?)

According to the people who went in it was a hard “walk” getting inside just to see the bats right above the trees. Thinking about it it’s good that it’s hard to get there so that the bat could rest undisturbed. 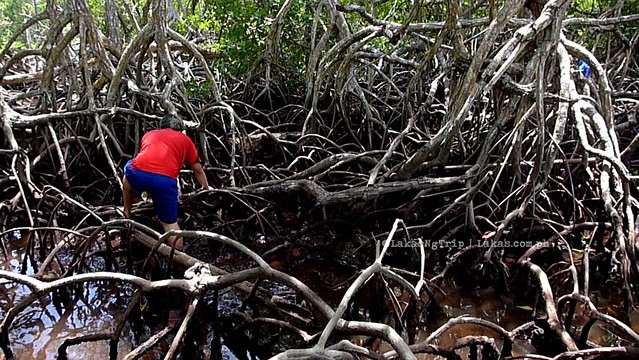 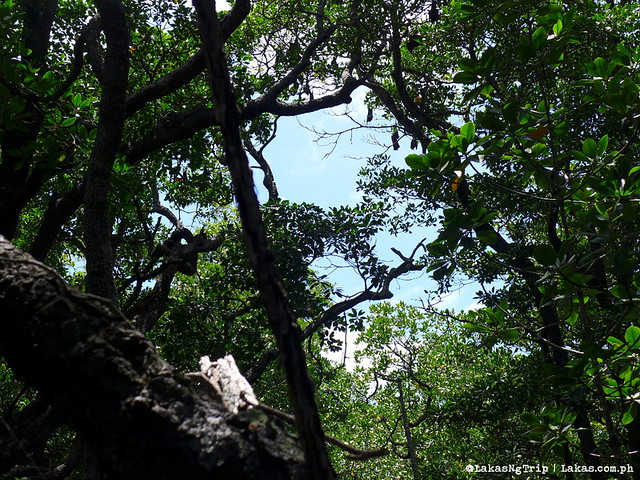 The ones who went in the Mangrove Forest went out straight to the beach since it was low tide and that’s where we met them.

1:34 PM – We were thinking about going to another island but we decided to not to continue with it because we still have responsibilities to do at the town proper. So we grilled the fish that we brought and ate. #LateLunch

While cooking we had the opportunity to swim.

3:00 PM – We started boarding the boat and went back to Badjao Village. 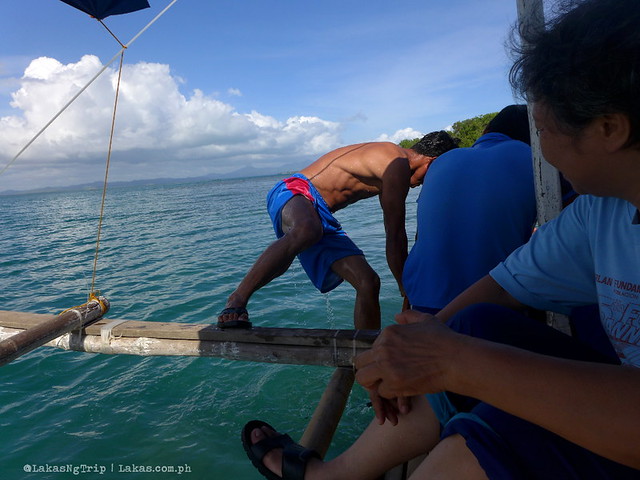 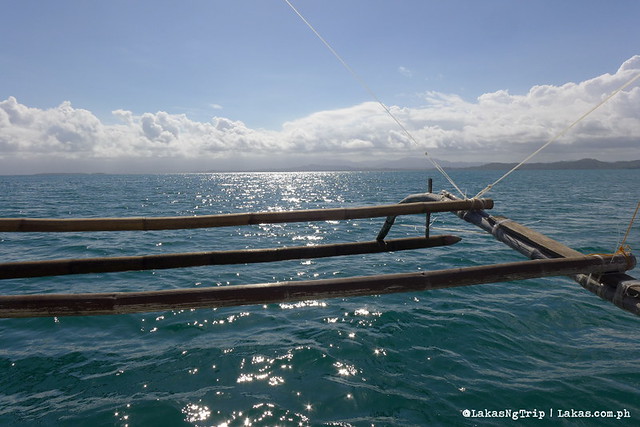 3:34 PM – We were back at the Badjao Village. We thanked the boatman and his family, and paid them what we agreed upon. And I promised to contact them again so that I could document the islands of Roxas correctly. 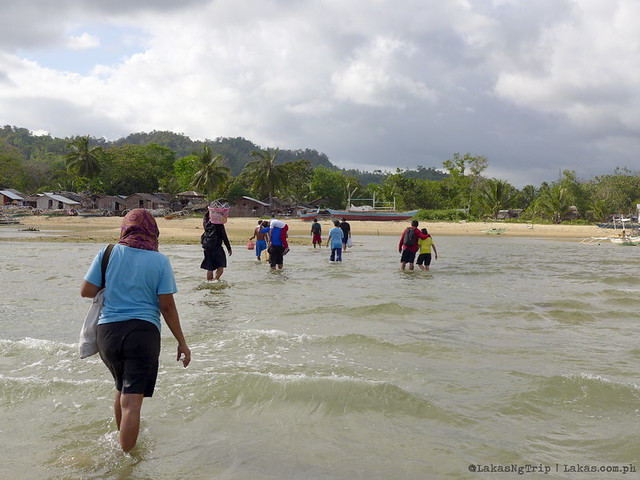 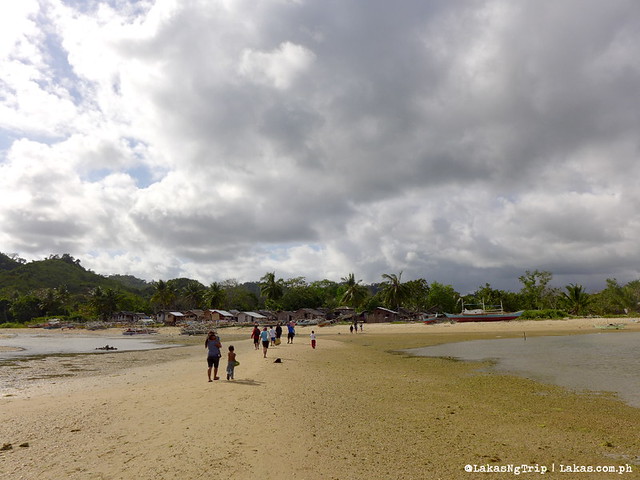 I want Pagbo Island to be protected. These fruit bats are desperately needed by Palawan as they help spread seeds around the area. Currently, I could see the degredation of the forest in Roxas. The forests are not as thick as they used to be and with a lot of kaingin going on, I’m afraid there would be nothing left.

If they would allow visitors to go there maybe create a pathway on the edges where they can see closely the bats. But leave a big chunk of the place off limits so that bats could go there undisturbed. Educate the visitors not to be loud to not distub the bats and keep the place clean.