I saw this process on my first time in Sabang Beach, Baler, Aurora; unfortunately, I did not have a camera then so I did not get to document the fishing tradition Pukot.

You could easily spot fishing by the process of Pukot at Sabang Beach when you see people lining up and pulling a rope from the sea. 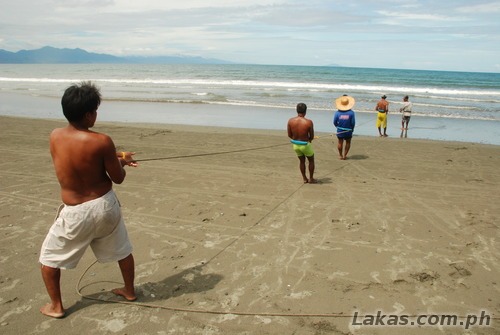 The following are the procedure on how they perform the Pukot:

Who can participate in the Pukot?

Every abled body person can join in the Pukot. Even ordinary tourists can be a puller. 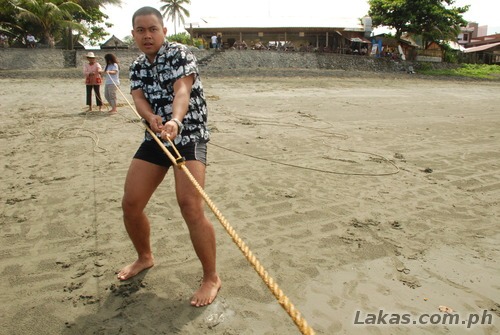 That is a man’s job, any part for females? You could be the controller. 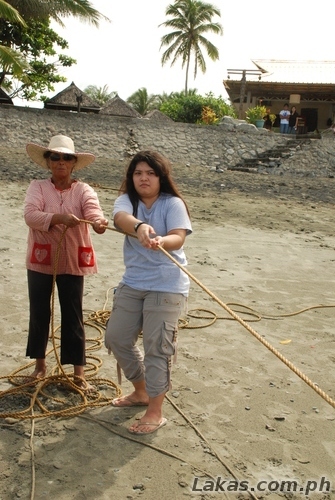 What is in it for me? If you help out in the pulling of the Lambat, they will give you a handful portion of the catch. But you can get more if the catch was good. 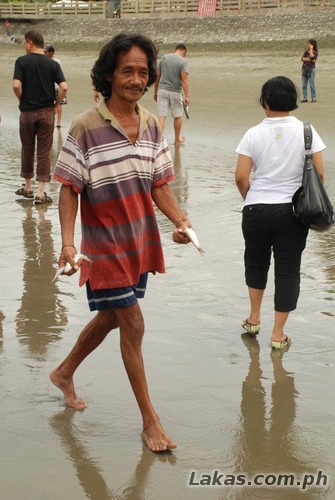 Why do they need to filter the catch?

With the growing number of tourists in Sabang Beach along with it grows the number of trash available. That is why they also filter the trash. 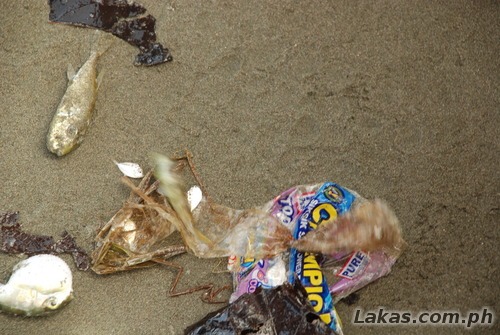 Disposed from the Catch

So why are there fishes in the to be disposed picture? Take a closer look at the fishes, they are actually small puffer fish and is poisonous if not prepared well. 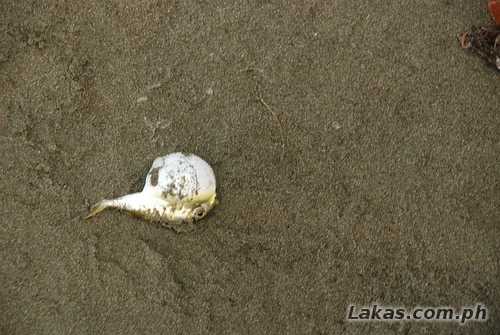 After all the processes are done then comes the cleaning up crew. 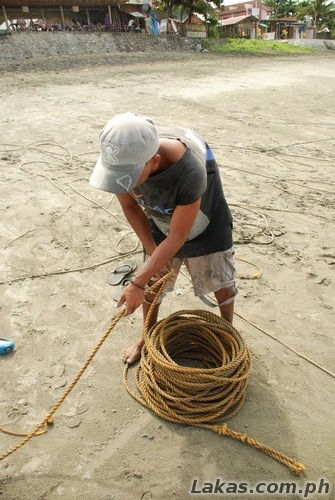 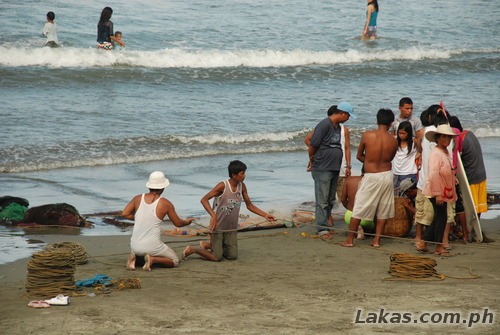 Does Pukot happen all year round?

Nope. They only do this during Habagat monsoon or when the waves are not strong. Thus if it’s surf season, it is not Pukot season. This is according to my trusty tour guide/tricycle driver Kuya Ramir.

According to him, the Pukot usually got good catch before, that not even one of the buckets are enough to fill them up.