I was taking photos last year at the Banaue Imbayah 2011 opening when me and my friends saw wood bikers gathering together. We approached them, took photos of their bikes and requested some of the wood bikers to pose for us. 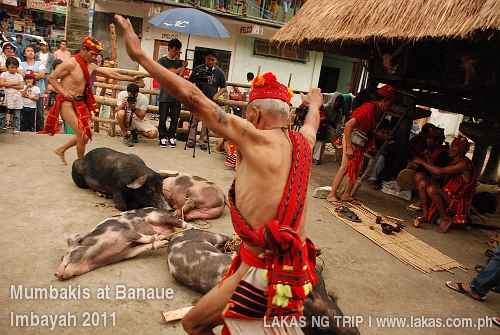 They posed. We took pictures. One of the wood bikers approached us and asked if he could get a copy of the picture we took with him.

I asked if he had facebook, he said no. I asked how can I give it to him. He told me in detail how and it was what I was afraid of, in print and through snail mail.

I was reluctant to say yes as it would really be a hassle to give a copy to him. I was afraid he would get insulted if I say no. I said “Sige po. Padala ko nalang po sa inyo.” just to avoid any conflict that would arise if I said no.

I tried sending the photo, unfortunately mail forwarders do not offer services to Banaue. I was afraid that I would not be able to keep my end of the promise.

Late April of 2012, I was walking on the 4 kilometer route up the view decks of Banaue. I was not doing it to see the world famous Banaue Rice Terraces but I was walking with a printed photo on my hand and asking people where I could find the man in the picture. 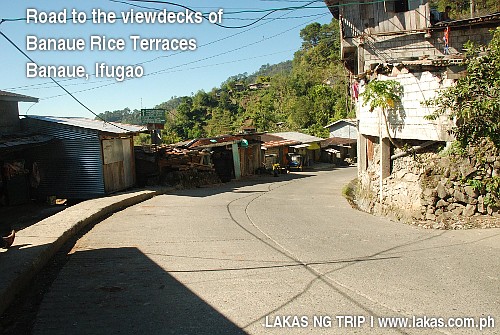 They kept on saying that I should keep going uphill until I found a place to take a break and buy halo-halo.

I asked the lady where I could find the man nicknamed Lawin. She pointed me to a person 50 meters up the road and told me that that person is her sister.

When I approached the lady she told me that I should go down by the stairs on the side of the road and keep going until I see the last house before the rice terraces. I went down the stairs and it was seriously steep!

I reached the last house and shouted “Tao po!” Children viewed the window and I asked if the man on the picture was there, they told me he was tending his part of the rice terraces.

I asked if he was their father, they said yes. I told them I had a picture of him and if it was okay if they could give it to their father. They took the photo, said thanks and went back inside the house.

It felt good that I kept my end of the promise.

The truth is I specifically picked Hungduan, Ifugao as the April leg of my 12 for 2012 Travel Project because I want to give Lawin his photo.

The truth is this is not the first time I said yes to a local who asked for a copy of a photo. Every time someone asks me for a photo I would always apathetically say yes. Then I willingly forget about the yes I said and move on with my life.

But here are some of the events that made me go back to Banaue just to give the photo.

I attended a talk before where I saw great photos of how people lived in a dumpsite. I approached the speaker and asked how does he handle the situation where a local asked a copy of his photo. He blatantly said “Sinasabi ko nalang na oo para wala na gulo. Pero hindi ko binibigay sa kanila, hindi naman nila ako kayang habulin.” (I say yes to avoid conflict. But I don’t give a copy of the picture, they can’t catch me.)

I saw myself with his words and I knew that I do not want to have the same attitude he has for saying yes.

A friend who also does mountaineering told me that she encountered some people in the mountains asking them if they saw a white man, with a beard and was wearing a white shirt and brown pants who went there some years ago. They told her that that man promised to give them a copy of his photo.

I was shocked that people would remember the promise made by some random stranger who passed by many years ago.

When Iligan City was in a state of calamity when Typhoon Sendong hit earlier this year. My brother and I visited one of our relatives who was badly hit by the floods. I saw a pile of wet pictures on a table. When I looked at the photos I identified that some of the people in the photo were no longer alive. That’s when I realized that I have taken for granted what photos were. 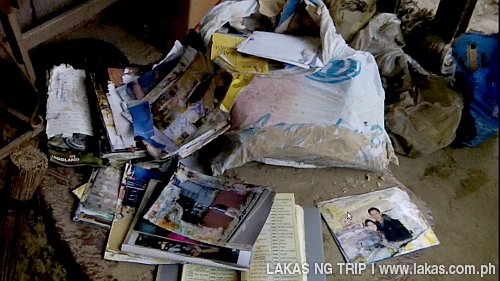 When photos were not digitized everybody would want to have a copy of their photo. When I was in grade school, whenever I saw a set of pictures from our recent school field trip, me an my classmates would ask for a copy of the photos. Some would even write who asked what photo to copy just to keep track.

Photos were not as abundant and easily accessible as today where even telephones have built-in cameras. To many who are out in far flung places a copy of a photo is a treasured possession where they post it on their wall and proudly show it to visitors even to strangers like me.

I may not have given personally the photo of Lawin, but I know that when he gets back home he will have a reason to smile and hopefully, he would be proud of his photo and post it on his wall.