Expense
Menu
Location
Contact Information
Operating Hours
How To Get There

After the day tour in Underground River with sidetrips to Ugong Rock Cave and Cora Palawan Pearl and Souvenir Shop, definitely we want to SLEEP!!!

We just got back in De Loro Inn and there was no way we were going back to Manila again without trying the famous Tamilok. Besides, we were having dinner with our new found friends from the tour and we all decided to eat at Kinabuchs Grill and Bar.

And after a shower and a change of clothes we were knocking on the doors of our tourmates who were also staying in De Loro Inn and off we went to Kinabuchs!

First on our mind’s menu was the Tamilok. Quoting from the Jovial Wanderer – “Meet the tamilok. These creatures are Mangrove worms that are often mistaken as a worm. I read from another site that itâ€™s actually a mollusk â€“ falling under the same classification of squids, snails and clams.”

It costs P115 per plate and one plate can make 8 of us experience the Tamilok. 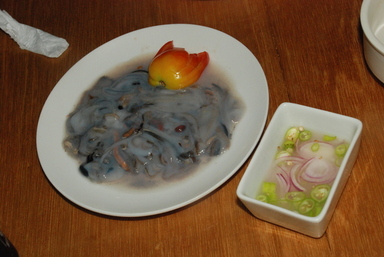 A plate of Tamilok and vinegar 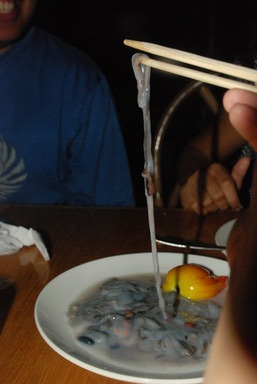 The suggested way of eating the Tamilok is to dip it first in the vinegar or as other says “lutuin sa suka“.

It did taste like a squid’s fresh tentacles! This is definitely a must try when you go to Puerto Princesa, Palawan.

According to the waiter, there’s only a limited stock of Tamilok and sometimes they do not have it. Better call Kinabuch to check if there’s a supply of fresh Tamilok before heading there. 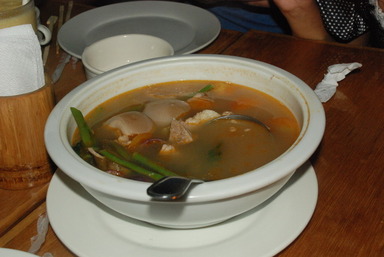 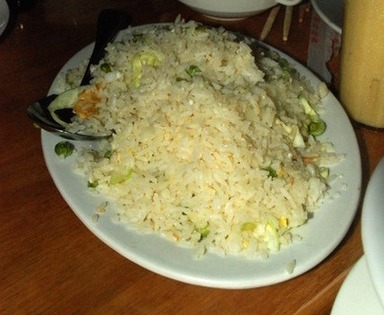 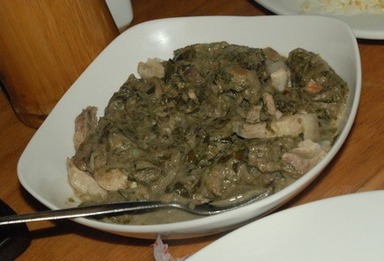 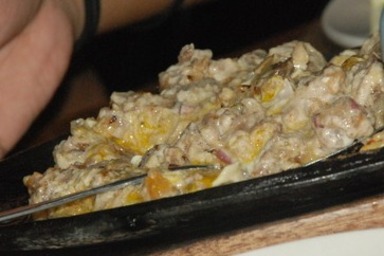 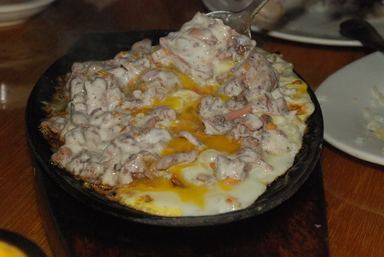 Sizzling Seafood Sisig (Is there any difference with the Sizzling Pork Sisig?)

With all the food that we ate, lots of stories and laughter shared. We all went back to our respective lodging and ready to sleep. Until next time guys, I wish to see you again. 🙂

Dining with a new cool friends from the tour, priceless! 🙂

Operating Hours: Daily 5PM to 3AM

How to get there: Kinabuchs Grill and Bar is accessible via tricycle within Puerto Princesa City. If your coming from the city proper the fare would be P7 per pax.