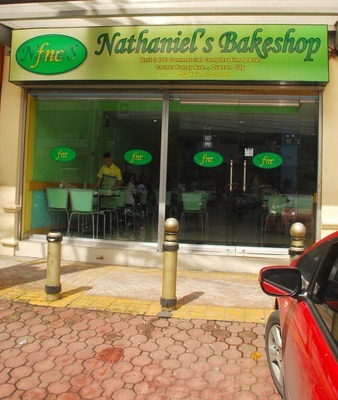 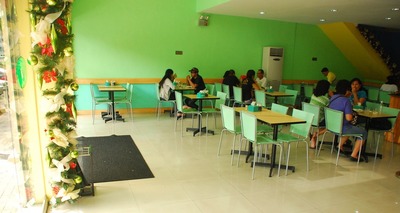 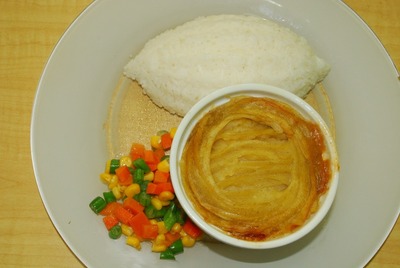 Kring’s father ordered Fried Chicken (P110) and it took ages to cook and be served! There were only a few customers and we were wondering maybe they were still catching the live chicken. Unfortunately, I never get to taste Nathaniel’s Fried Chicken because it was my first time seeing Kring’s father, thus I must put a certain space between my fork and his deliciously looking Fried Chicken. The least I could do was ask him how it was, according to him it was good and I shall trust his opinion. 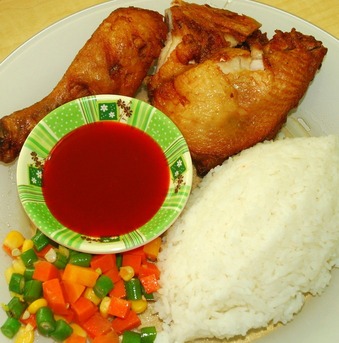 My brother, Kuya Dane, and cousin, Koo, ordered Beef Caldereta (P115). This time there are no space between my fork and their Beef Caldereta. 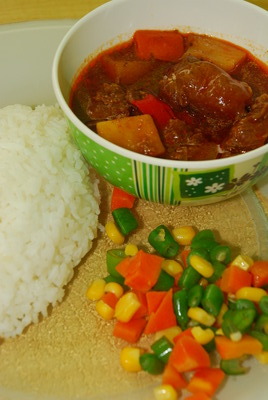 I wanted to try something different so I asked the waiter what would he recommend, he said adobo. Thus I ordered their Adobo with Egg (P120) without batting an eyelash.

Then my cousins Kezia and Diane arrived, they were running late because of household chores that they quickly ordered for a BBQ Liempo (P125) and Beef Caldereta.

Kezia and Diane’s orders arrived but there’s still one question in my mind. Where is my Adobo with Egg?!?!? We followed up the order and the waiter said that they forgot to include my order and they are working on it. There was nothing I could do so I politely said okay and went on tasting Kezia and Diane’s food. 🙂

When my Adobo with Egg finally arrived I quickly dove-in and surprisingly it was bland. Even the egg that looked like it was marinated with the broth of adobo was bland too. 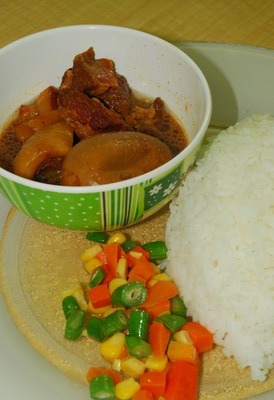 Going back to Kezia’s order, when her BBQ Liempo arrived she was too hungry so she ate it immediately. Unfortunately, she forgot that I need to take a picture of the BBQ Liempo before she could subdue it. Fortunately, I wasn’t satisfied with my Adobo with Egg and I refuse to go leave the place unsatisfied, making me order a BBQ Liempo. 🙂 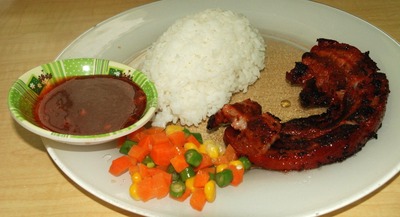 We also ordered their Lasagna (P80) and according to my cousin Diane, who worked as an assistance chef that their lasagna was good. Thus we all tried it, slowly but surely we consumed their tasty and cheesy lasagna. 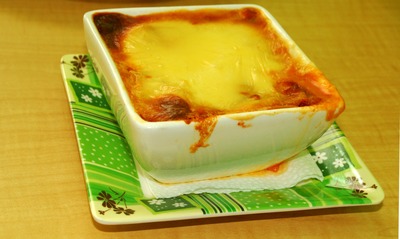 Each of us ordered a Pandan Juice for our drinks and I highly recommend that you try it when you’re dining there. It was refreshing and sweet with just the right amount of flavor that does not overlap with the taste of their dishes. 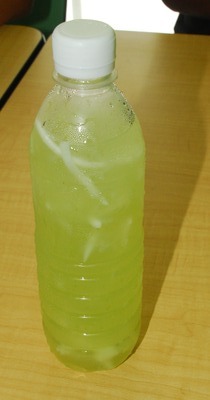 For the finale, we ordered their famous Buko Pandan (P235), packed just like your regular ice cream but better and healthier. Though I do have to disagree with some who says it’s life changing. Maybe because it was still hard as a rock that we ate the Buko Pandan since it was just taken out from their freezer, I could’ve enjoyed it more if it was thawed. Maybe next time. 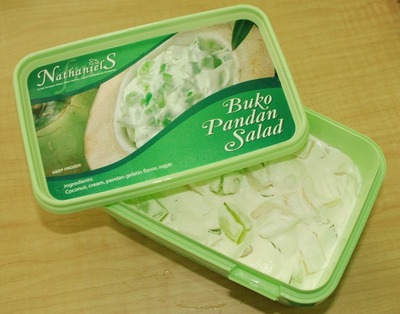 According to KooKoo’s friend we should try their siomai, puto’s and other pasalubong items. They say that it was good, another good excuse to go back. Their food was good and my stomach was filled, definitely I’ll visit here an nth time. 🙂

From Quezon Ave corner EDSA, ride a jeepney headed for Quiapo. Tell the driver that you are going to Delta (Intersection of Quezon Ave, Timog Ave and West Ave.) Cross to the other side of Quezon Ave via the footbridge, then walk along Timog Ave. Nathaniel’s Bakeshop is approximately 200-250 meters from Quezon Ave. 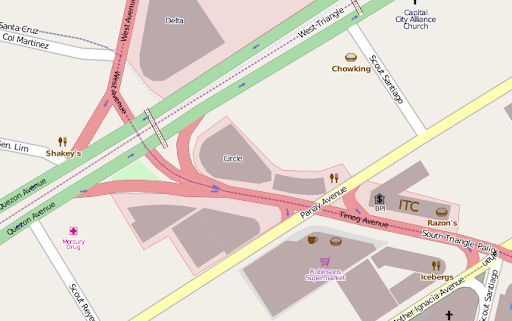