Parties, street dancing, parades, concerts and many more occasions that creates a surge of people to converge on one spot is not really my thing. I prefer crowdless travels. Travelling with two or three people. Conversations while doing long slow walks without hearing the boombox on the background. Sitting by the beach while hearing the waves. I prefer meeting a few people and getting to know them well than meeting a lot and the amount of attention varies from person to person. I look for quality than quantity. 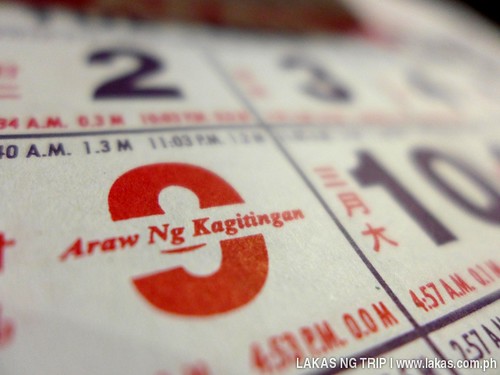 How does a guy in a country who has a festive spirit all year round go?

I frequently do short travels since 2006. It’s been more than 6 years and I’ve observed the dates when there’s really a lot of travellers. Stressing on the local travellers. Here are a few notes I had to achieve a high probability of crowdless travels.

Travel on a non-holiday weekday. If you’re a person that has a flexible schedule then you should try travelling on a weekday. Most people have a 9 hour job on weekdays and they spend their time travelling on weekends. To avoid the other travellers, travel on a non-holiday weekday. The only con of this is that most of your friends can’t travel with you, but if you’re comfortable enough, then travel solo.

Travel on a Manny Pacquiao Fight. The amount of people on the streets lowers during a Manny Pacquiao fight, lessening the crime rate of the whole Philippines and the amount of travellers too. I’ve done this twice. One when we went to Abe’s Farm in Pampanga and the other when we did the 1,000 Pesos Bataan Overnight Challenge. The disadvantage of this type of travel is that when you need to find your way, there will be less people to ask on the streets.

Avoid Fiestas. Festivities are fun and has a lot of activities but that’s also where the crowd goes. That’s why I avoid festivities. Also it’s good to travel on a non-festive date as you can support local businesses even without the jolly jumping spirit. You can talk to locals more too as they’re not busy preparing for a dance number or trying to get ahead of the crowd to see the happenings. The disadvantage of this is that there are festivities where you can only see or experience things there like the Hot Air Balloon Festival in Clark, Pampanga. I attend some festivities if there’s something really special about them, but in general I avoid them.

Travel two weeks before the Christmas break and two weeks after the New Year. The longest possible holiday one can achieve if you know how to play your leaves well. People save their leaves and finances for the Christmas break to have a very long vacation up to the New Year break. After that most people had already spent their leaves and money, most probably they miss their work too, there’s this two week interval after the New Year when people travel less.

Travel two weeks before the Holy Week. Same reason as the Christmas and New Year break. People are saving their leaves and money for a long vacation. 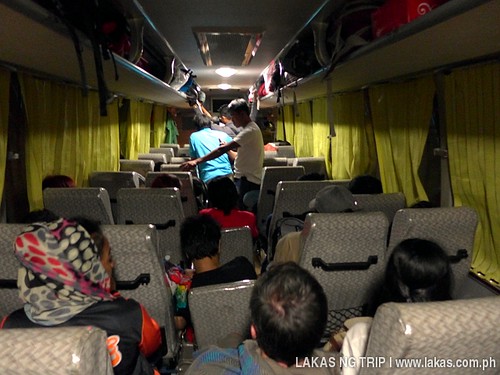 Not on a long weekend. I admire the person who thought of Holiday Economics. It enabled a lot of Filipinos to travel and spend a longer time with their family by moving the non-working holiday on a Monday creating frequent long weekends. If you want to have a crowdless travel, avoid long weekends. You can create a long weekend if you like by using your leaves. Just don’t change the definition of SL from Sick Leave to Surprise Leave.

Not on a semestral break. Students are people too. They also want to explore the world and they have that chance to travel without worrying about exams and projects during the semestral break. A week or two of freedom. So there’s this surge of students that will travel during those times.

Go off the beaten path. Dare go only where few ever goes. Most people prefer to travel where there’s so much convenience in transportation and lodging. If they hear about 6 hours bumpy ride on unpaved road then they usually say no. The harder it is to get to a place, the fewer people visit and the better those places will be.

There’s still those places that I enjoy being cramped up with all the people and that’s when I’m on the bus, jeep or on boats. I just prefer crowdless travels. But whether crowdless or not, I still travel. Everyone has limited time and opportunities in their lives, spend them well.

Keep on moving even if the crowd is against you.