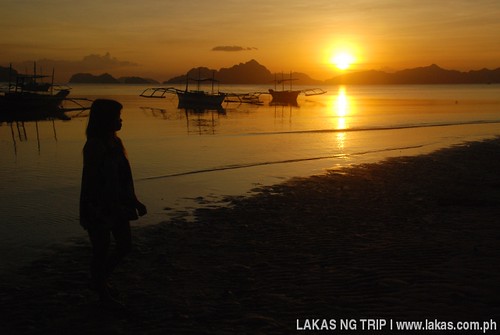 I arrived at around 5:24PM at the market terminal of El Nido, Palawan. I called Paula and asked where they were, she said that they were waiting for the sunset at Corong-Corong Beach. I said that I would follow them even though I still do not know where it was. My main concern was first to drop off my stuff at our lodge, so when Paula said that it was near the terminal I never thought of going there immediately.

I rode the tricycle going to the town proper of El Nido, Palawan. Quickly located our lodge then dropped my stuff first, and rode a tricycle to Corong-Corong Beach.