Ever since I moved here in Palawan, I’ve done the Island Hopping Tours of El Nido for as many times as I can remember. Different dates with different sets of people and friends. But with the same excitement for me to be able to visit and see the beauty of El Nido. 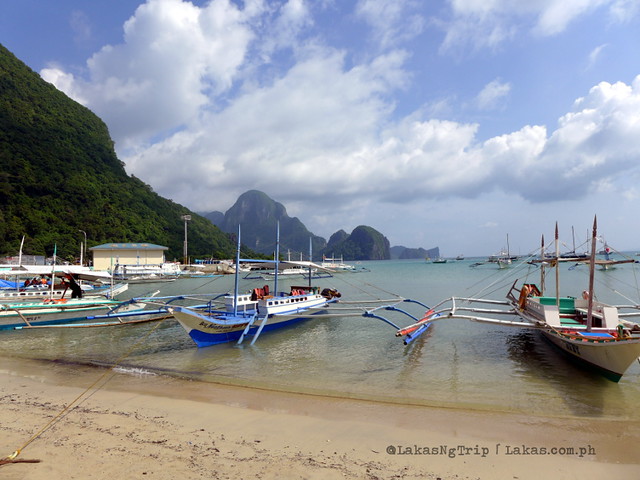 At the beach of El Nido Town Proper.

Ever since November 2013, there had been a lot of changes from what I experienced on my first visit here.

Though I’m happy for the increase because the guides and boat staff would get a better pay, what I did not like was the steep increase in prices and the abrupt increase without proper information dissemination. Thinking back on my very first Island Hopping Tour in El Nido, I did thought that even if the price of the island hopping tours will be around 1,500 Pesos/person, the beauty of El Nido is definitely worth it.

Ever since I moved here in Palawan, I’ve been to El Nido more than what my fingers could count and just recently I noticed that I still do not have a collective post on what you could really do in El Nido. So here I am writing this post so you would know what I like to do there.

In order of my preference. Starting from the least to the my must do things in El Nido, Palawan. 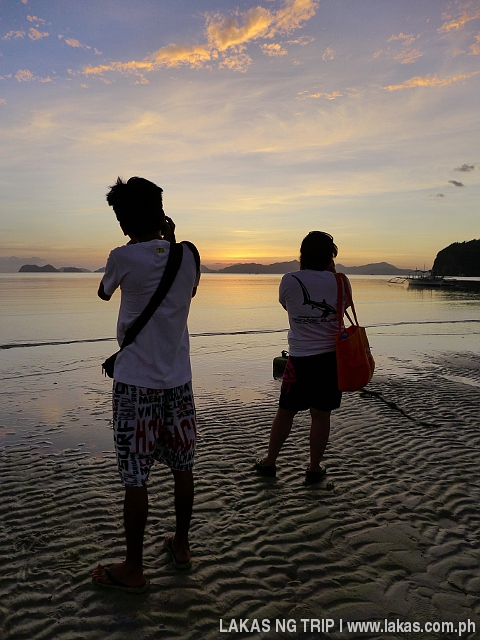 Since the Taraw Cliffs blocks the sunset view in the Town Proper of El Nido, one could visit the beach of Corong-Corong during the sunset for minimum fare with a tricycle (10 Pesos/person). The beach has a gradual depression which makes a wide beach during low tide where we walked around during the sunset.

Updated November 28, 2014: Combination Tours are no longer allowed in El Nido. I have also updated the details below. 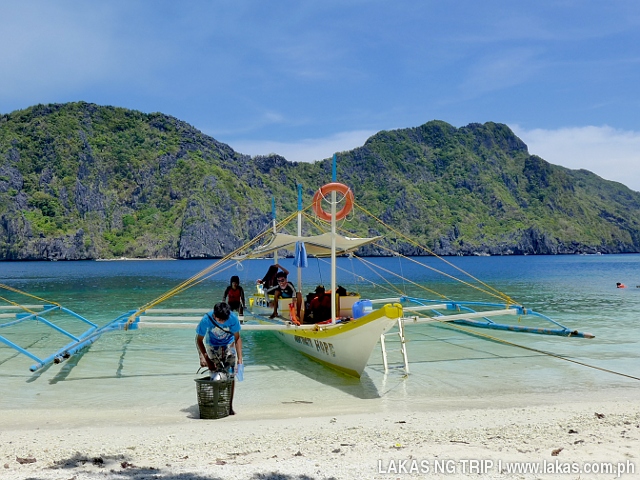 Our boat at Talisayen Beach

I was a bit reluctant to join Paula of ponderingpaodaolei.net and Marx of marxtermind.com in their island hopping tour as I’ve done all the tours except for tour D. I thought about getting bored to death without any activities for a whole day while the two are out having fun under the sun. It became an easy decision… Take me with you!!! Please!

I’ve done the Island Hopping Tour A on my first visit to El Nido, Palawan. On my second day of my second trip to El Nido I’ve done Tour B and at the third day I’ve finally done Tour C.

Woke up at 7AM, had breakfast, booked the tour around 8AM and off we go at 9AM.

Our itinerary for Tour C includes Helicopter Island, Hidden Beach, Star Beach, Matinloc Island Shrine and Secret Beach and just like what happened in Tour B, there were some awesome change of plans along the way.

For this tour we decided to try Servant Tours for a change and I was surprised on how well they handled their guests on the tours.

Right after we left the shores of the town proper of El Nido our boat’s engine suddenly quiet down and Kuya Rogie, our tour guide, spoke in front of us and explained what islands we will be going, how long will we stay in each island, what activities we will be doing and what time our tour would end.

Our first stop, Helicopter Island. The name of the island comes from it’s shape from afar, it looks like a helicopter. Upclose it’s actually a nice beach to just sit back and relax, but since it was the first stop for the day I needed to warm up. So off I went for some skin diving.

The beach of Helicopter Island

Too bad I do not have a waterproof camera, I could have shown you many different kinds of corals and fishes including a stick fish with the size of an adult arm. Also for the first time in my life I saw a group of squids swimming. This was thanks to one of our tour guides who guided me on where I should go and where I should look.

There’s this possibility that when a traveller visits a place for a second time it would not be as magical as the first time. I’m glad to know that on my second time in El Nido, Palawan it was still as beautiful as it used to be when I went there for the first time.

I was fortunate to join Marky Ramone Go of Nomadic Experiences and my new friend Pam Bringino on this trip. They got there a day ahead of me, which is good as they could do El Nido Island Hopping Tour A without me. For the next 2 days I’ll be joining them for Tour B and C.

Me, Marky and Pam at the sandbar of Snake Island

Wake up at 7AM then breakfast, around 8AM we’ll book for an Island Hopping Tour B, at 9AM we’ll ride the boat and start hopping.

Our itinerary for Tour B was to visit Panggulasian Island, Snake Island, Cudognon Cave, Cathedral Cave and Pinagbuyutan Island. But due to some circumstances going around El Nido there were some modifications to the itinerary.

First stop would be Panggulasian Island. I thought we were going to an island and lay on the beach for a while but there was a resort being built on the island so we were not permitted to go there but we can do snorkeling at nearby shallow sea in front of the island.

Next is my personal favorite for Tour B, the Snake Island. We went up to the top of the hill which showed superb view.

View of the Sand Bar from the top of the hill

Then went down and since our lunch was not still ready, we decided to experience why the island is named Snake Island. A long sandbar connects this island to another island where we walked during the low tide.

Then I saw another unique sea creature and I shall call it a Sea Dog. According to our boatman/tour guide the dogs from the other side of the sand bar would swim across the sea around 11AM because they know that people will be having their lunch at the Island.