After picking up my pre-ordered Lemon Pie from Lemon Pie House in Sagada, Mountain Province around 6AM I was hurrying back to my lodge to pick up my stuff and run to the bus station to reach the 7AM trip to Baguio. I’ve heard stories of people unable to ride the bus due to many travellers wanting to go out of Sagada that’s why I went to the bus station early but since I was going down on a Saturday there were only a few people. 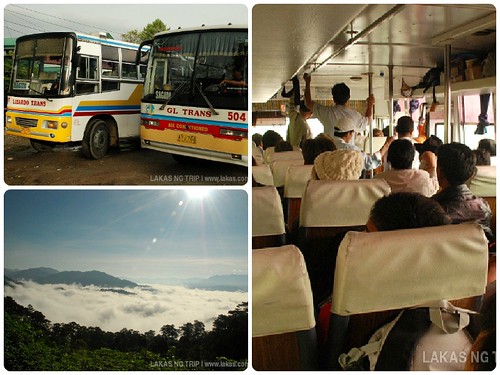 Bus to Baguio at Sagada

The Lizardo Trans Bus started moving at around 7:15 AM and I loved the view of the clouds being lower than us.

Then it changed to the rice terraces and rivers. 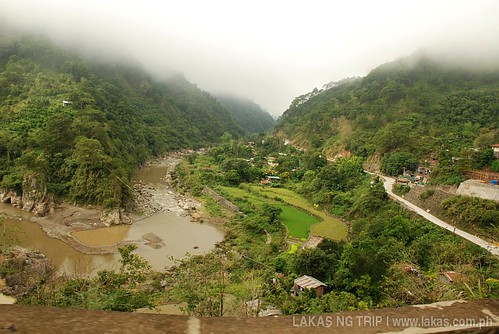 Then after some time the crops turned from rice to mountains of cabbage.