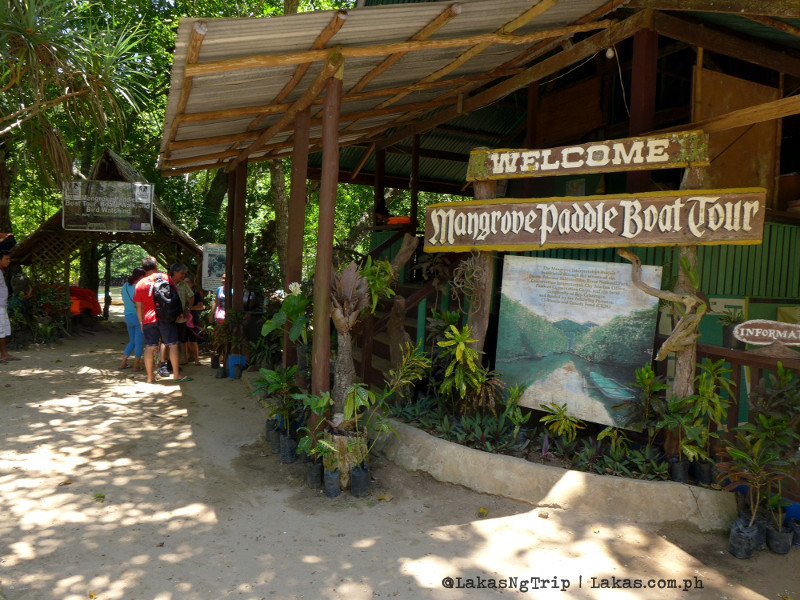 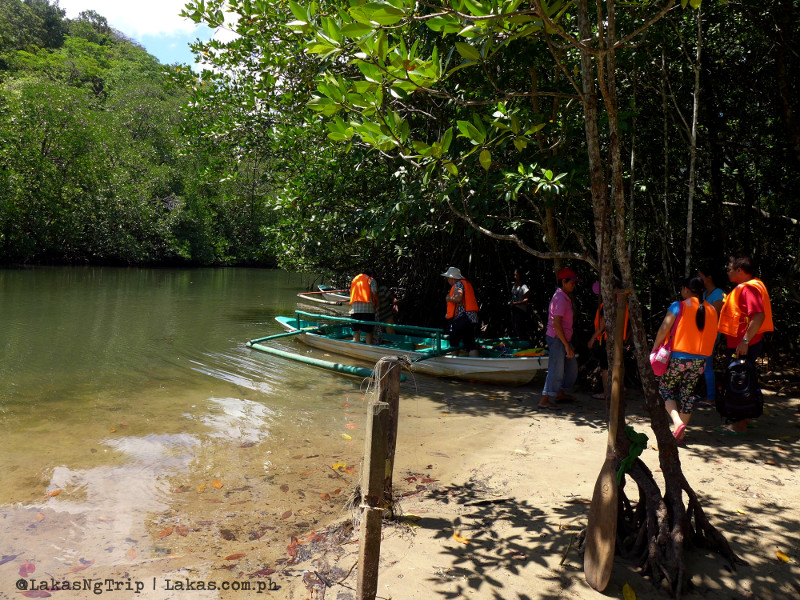 My brother and I were documenting the eastern side lodging of Sabang when we saw the jump-off for the Mangrove Paddle Boat Tour. We were planning to do the tour early next morning but since we were already there, might as well go on with the tour.

We paid 150 Pesos each on their office, wore the life vest they gave us and rode the boat.

Ate Cristina during the start of our tour

We were accompanied by Ate Cristina and Kuya Cristofer as our tour guides, which was really fun because they explained almost all the detail of the Mangrove Forest and why they were proud to have it in Sabang.

Did you know that the Mangrove Forest serves as a filter and protective covering from the sea and the land?

The Mangrove Forest breaks the waves before it reaches the land. It also serves as a blocker for the strong winds during a storm. In fact, the tour still operates during a storm but not during a very strong typhoon.