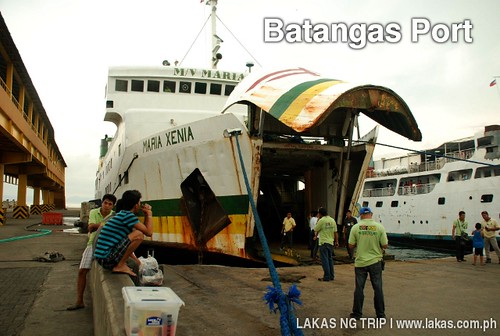 Note: This service is no longer available. Details on the boats ferrying people from El Nido to Coron and Vice Versa can be found here.

I was waiting for the last trip of the RORO Bus to El Nido leave last night when someone when someone went up and stood in front of the bus. I was getting bored and hoped that he would perform a special number before we leave but he told details about a new way to get travel from El Nido to Coron, which I found really entertaining.

He presented that Montenegro Lines starting today will be ferrying people from El Nido to Coron and Vice Versa via their fast craft.

Fare is around 1,760 Pesos per person. This is verified by Izah Morales of Tripadora.

You can call them and reserve by contacting the following numbers