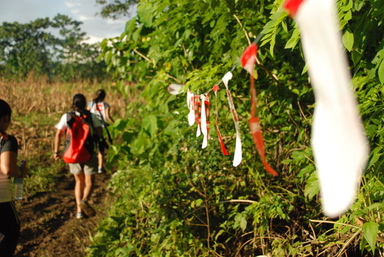 Registering for the Trail Run

When TNF Megamall texted me that the race packets can be picked up, I excitedly went to the store, gave my receipt, took my race packet and viewed the map. NOOOO!!! The race route was not going up the Chocolate Hills. I already had a plane ticket to Bohol, there’s no turning back now even if my dream was not going to come true.

I flew to Bohol, rode a 3 hours bus provided by the organizer and I was now in front of the starting line. 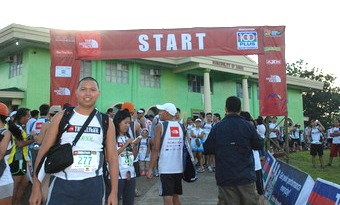 My goal was simple, run and take pictures. No worrying about the time. For me it was a 11km trail fun run. 😀

Guess what the 11km trail fun run had in store for me?

It was the most awaited day of the year of each couple in the world. This is the time when the couples could have a whole day for themselves and celebrate the month of hearts. But how about the single people, like myself, who are seeking for another way to celebrate the Valentineâ€™s Day? Well, we opted to join the much awaited TNF Thrill of the Trail in Nuvali, Sta. Rosa, Laguna.