Below are directions on how you can get to Port Barton in San Vicente, Palawan.

How to go back to Puerto Princesa from Port Barton

Compared to the jeepney’s from Caruray, San Vicente that has a schedule of 9AM but may leave up to 12NN because they are waiting for a cargo, the jeepneys at Port Barton leaves exactly at 9AM, if they don’t leave at 9AM the latest time they leave is 9:20AM.

April 2, 2012 Update: When I went to Port Barton last week, there was now a San Isidro Express Bus (non-airconditioned) that leaves San Jose Terminal, Puerto Princesa to Port Barton at 10AM. The same bus goes back from Port Barton to Puerto Princesa around 2PM, but it does a lot of stops before it really leaves Port Barton. Fare is 200 Pesos per person and Travel Time is 4 hours.

Bus from Bolinao to Alaminos

From Bolinao you may ride a non-airconditioned mini bus going to Dagupan via Alaminos near the St. James the Great Parish Church. There are 2 bus stations that you can go to, Bolinao Express and Boltex Express.

First Trip is 6AM in the morning
Last Trip is 4PM in the afternoon
Bus leaves every 15 minutes and the two bus stations alternate their schedules.

I stand 5 feet and 11 inches.Â  I do not mind when a row in a van should only be 3 people then 4 people gets squished in it. I do mind when they modify a 3-row van into a 4-row van because my knees are already hitting the next row in the front. Imagine that situation for a 3 hour van ride from Tacloban City to Borongan. Still there are those who are commendable for not modifying their vans like the van from Iloilo City to Iloilo Airport.

Knees hitting the seat at the front seats from Balangkayan, Eastern Samar to Tacloban City, Leyte

I stand 5 feet and 11 inches. I do mind how expensive airfare is in the Philippines but I also know how much time I can save with them. I also mind on how weirdly the seats are closely spaced apart that it gives me the same knee problem as the vans. Where being at the window seat may also become a curse when I wanted to get to the lavatory. Maybe I should try accepting the 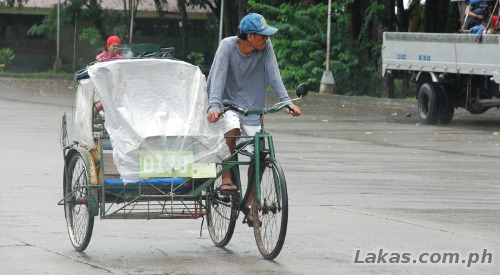