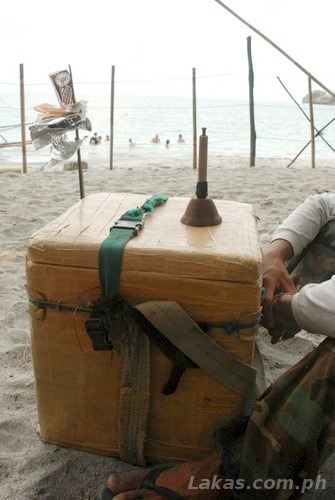 He opened the cover of the styrofoam box, took a piece of what he was selling and extended his hand to give me the Ice Drop. I reached for the plastic on the Ice Drop but he does not let go. He instructed that I should get the stick of the Ice Drop without the plastic wrapper which I did.

Why does he not give me the plastic covering of the Ice Drop?

He explained that the plastic covering of the Ice Drops were being thrown by irresponsible tourists on the sand and not on proper trash disposal sites and was a serious problem in Anawangin Cove. Actually, it is not the only trash problem in Anwangin Cove but to clear their conscience they do not give the plastic wrappers. Even if it is just a small help at least they are keeping the environment clean and at the same time they are making the tourist enjoy by selling Ice Drops. 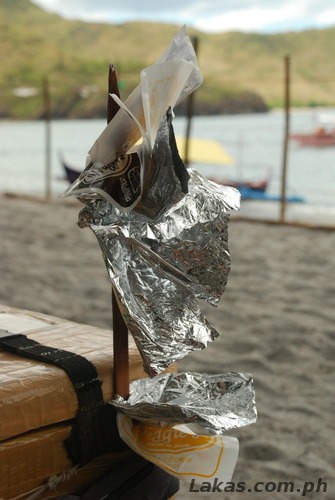 By taking care of the environment they are also taking good care of their livelihood.

I finished my Ice Drop and to help them with their cause, I gave back the stick and they placed it inside the used plastic wrappers.

Be a Green Traveller. Throw your trash on proper places. If there is no proper trash disposal sites around then have the responsibility of carrying your trash until you find one.