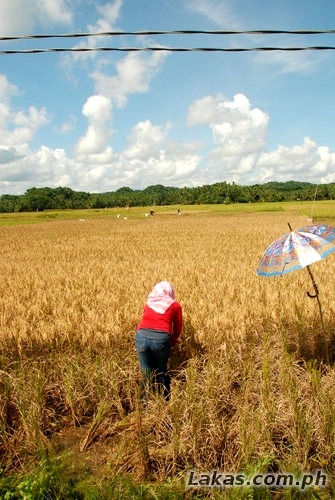 Heading back home from Minasangay Island, my cousin decided to take a different route that would go through a couple of rice fields. If you have travelled many times you might find the rice fields monotonous and boring, except if you are on a topload through mountains. But this time the town of Balangkayan showed me something unique when they harvest rice and that was their Rice Dance. 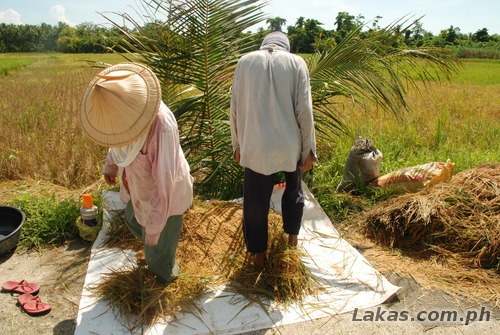 I call it the Rice Dance because when I saw them doing it I though they were actually dancing with steps like sweeping their feet from outside to inside. When I got close they were actually stepping on the harvested rice stalks. Locally, the movement is called Gi-uk. 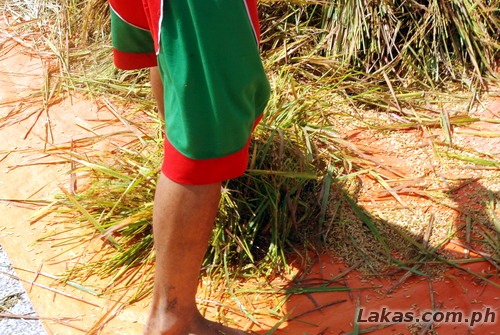 The process is done by stepping on the newly harvested rice stalks and slowly adding friction side-to-side separating the grains from the stalks. Why do they do the moves like sweeping their feet from outside to inside? Stepping on the pile of rice stalks separates them from each other so they would do the sweeping move to pile up the stalks again. This movement is also helpful to bring the rice stalks at the bottom up. 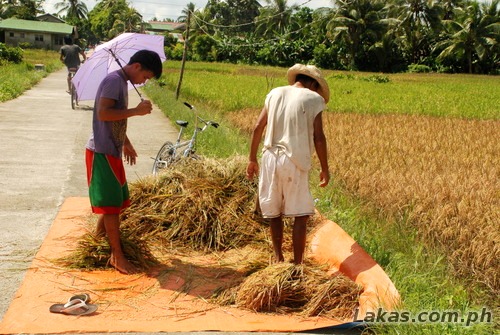 Real men can dance with a lavender umbrella 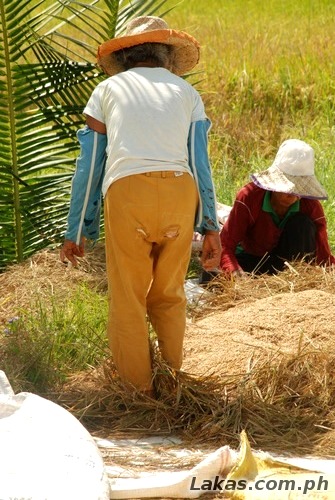 This was my first time seeing the manual method, I usually see the process of separating the rice grains from the stalk via a machine. I wanted to try Gi-uk, unfotunately I had a knee injury. 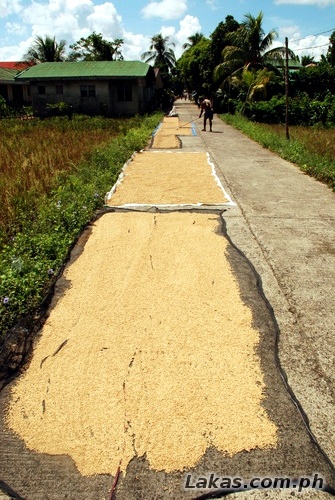 Drying the rice on the road after performing Gi-uk