You already know that Iligan City has many awesome waterfalls. And you know that one of the best Lechon in the Philippines can be found there. You have seen the pictures. You know you want to go there, in fact, you have decided to go there. The question now is how do you get there? And where is Iligan City in the first place?

This post will list down the things that you need to know about Iligan City so that you would have the knowledge on your travel there. In short, this is an Iligan City Travel Guide.

Anyways, here they are. 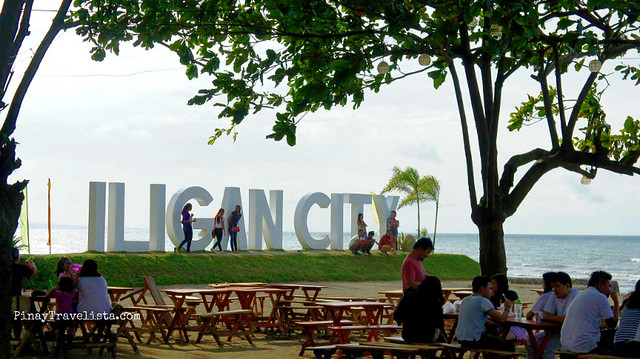 This photo is used with permission from PinayTravelista.com.

1. Where is Iligan City?

Iligan City is not really that famous when it comes to tourism here in the Philippines. I bet most of you would not even know where Iligan City is.

If you want to see a map on where Iligan City is located here in the Philippines, visit its Wikipedia entry here. 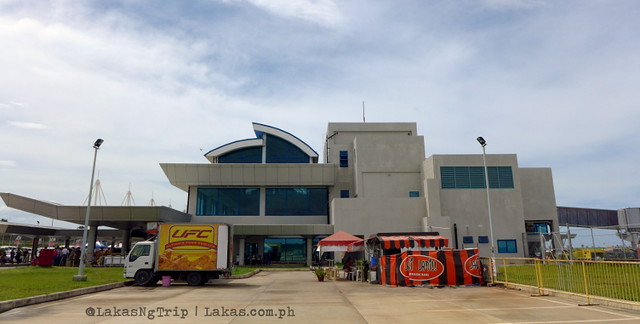 2. Where is the entry point of Iligan City?

If you’re from Metro Manila or from the Visayas Region, you first have to fly to Cagayan de Oro. 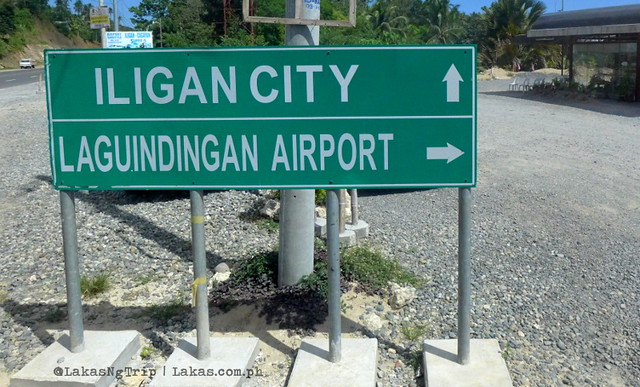 When you exit the Arrival Area of Laguindingan Airport, you will see a lot of booths. These booths are for the van transfers heading to Iligan City and Cagayan de Oro.

The rate for the van transfers from Laguindingan Airport to Iligan City is 200 Pesos/person (one-way).

Since I’m really not that much in a hurry traveling from Laguindingan Airport to Iligan City, I always opt to ride Super 5 Transport. It’s a connecting van-bus ride which would take around 1 hour and 20 minutes (195 Pesos). I prefer this option because I like to have the comfort of seating on a big seat on a bus than on a cramped up van. For more information on Super 5 Transport visit my post about it here.

The bus would stop at the Terminal of Iligan City where you can ride a jeep or taxi to the City Proper where most accommodations are located. 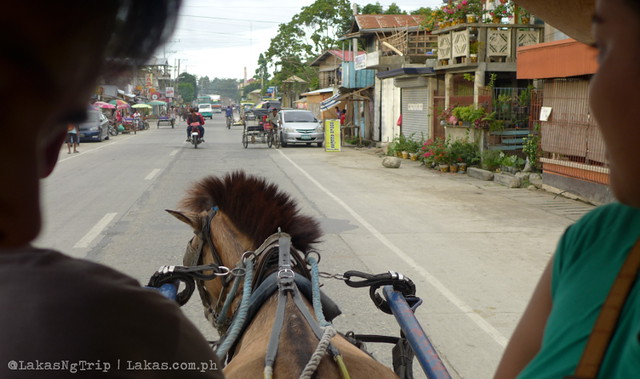 The options to go around Iligan City are somewhat few. There are only the following.

Jeepneys are the most common way of going around. When I was there the minimum rate was 7.50 Pesos/person/ride. This would increase the longer you go. They do have a route that they follow so ask around if you’re going somewhere on which jeepney route should you take.

Taxis are okay. Not well maintained, non-airconditioned but it does the job, especially on rainy days and when you’re bringing a lot of stuff. The rate from the bus terminal to Iligan City Proper where accommodations are located was around 100 Pesos/ride. Locals sometimes call taxis PU.

A note on Taxis, do not ride Taxis that does not have signs in their body. For safety reasons.

Tartanilla (Tartanilya) is a horse drawn carriage. Its equivalent in Tagalog is ‘kalesa’. But if you’re traveling as a tourist in Iligan, their route will not help you. I’m just putting it here so that you would know that this still exists here, only few places in the Philippines still has these. The rate when we rode once there was 5 Pesos/person.

Sikads are popular if you’re heading to inside places where there’s not route of the jeepney. Sikads are human pedaled tricycles. We rode one of these when we went to Dalipuga Falls.

So far there are no tricycles around the city. When we say tricycles, it’s a motorcycle that is fitted with a sidecart.

In the City Proper we usually just walk around to get to places. 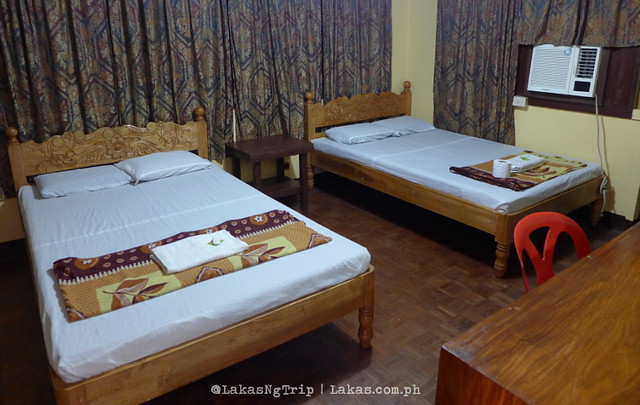 There are a lot of accommodations in Iligan City and most of them are budget accommodations with the range of 300 Pesos to 600 Pesos per room per night. We’ve documented 4 of them… I have yet to make a blog post about this, but I shall update this item when I published it.

But you can still go to Agoda.com and check their hotels in Iligan City. 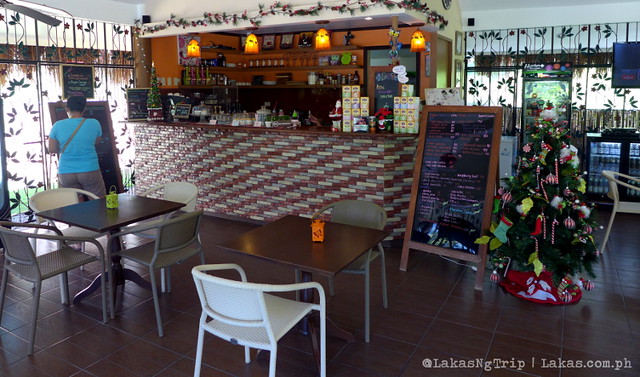 Iligan City, is a… city. So there’s a lot of stores and shops in the City Proper. There’s also a boom of a lot of restaurants in recent years. Lots of groceries can be located there too.

There’s Gaisano Mall, so far the biggest mall in Iligan. This was where we watched movies and did some shopping when I was there. If you’re entering here with a portable computer or a camera, you would have to register your laptop and camera. Also when watching a movie, you would have to surrender them while you watch a movie. Don’t worry, they will put it metal lockers, with lock of course.

In the outskirts of Iligan City there are fewer stores, so when visiting waterfalls at least you would know to be ready. 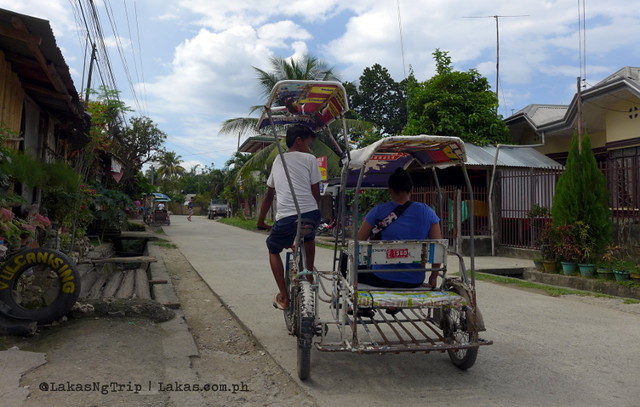 Having a conversation with out sikad driver.

The Filipino dialect that Iliganons use is Bisaya. Though you can go by with just using Tagalog as almost everyone could understand Tagalog (thanks to broadcast entertainment), not all can confidently engage in a conversation using Tagalog. Even those who work in offices and hospitals are not used to speaking in Tagalog, but they could understand.

I like Iligan to be that way. That most residents could not confidently speak Tagalog. It’s one of the unique things about the place and as traveller’s we are the the ones who should adjust to the places we visit, not the other way around.

Anyways, here are a few words that you would find useful.

It would also be great that you learn the Bisaya dialect as you would need this when you visit Cebu, Davao… actually most Mindanao provinces. 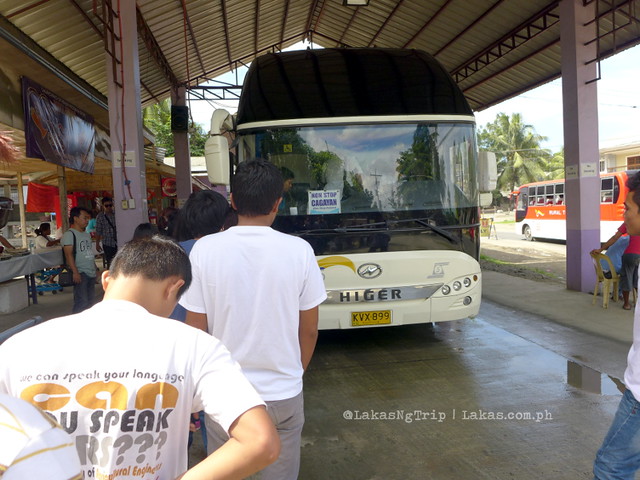 At the Veterinary Quarantine Area in Misamis Oriental.

I’m putting this on the list so that you would not be shocked. During our transit on the bus from Iligan City going to Laguindingan Airport/Cagayan de Oro, the bus would stop along the way and they would require all passengers to go down and walk on a wet mat. This is the Veterinary Quarantine Area of Misamis Oriental.

They said that the Veterinary Quarantine Area prevents the spread of diseases of animals. I do not know how this works though. But it’s a good stretch and there are food and drinks that you can buy from at this area.

It’s a quick stop and the bus will leave immediately when all have you have passed through the wet mat, so don’t go in shopping or wandering mode when you are here. 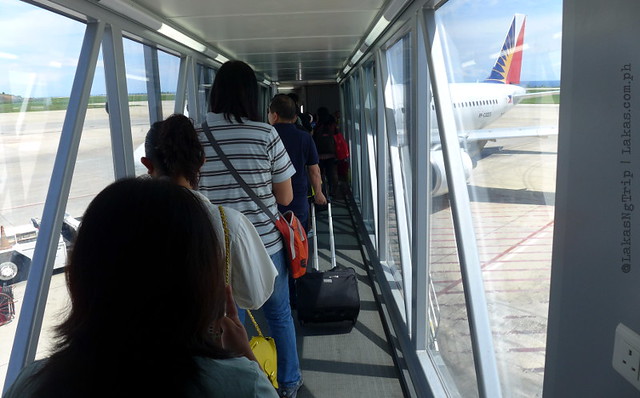 Aside from your airfare ticket, when you get to Laguindingan Airport, you would still need to pay for the terminal fee of the airport. As of writing, the current rate is 200 Pesos/person. So do not forget to add this to your budget. 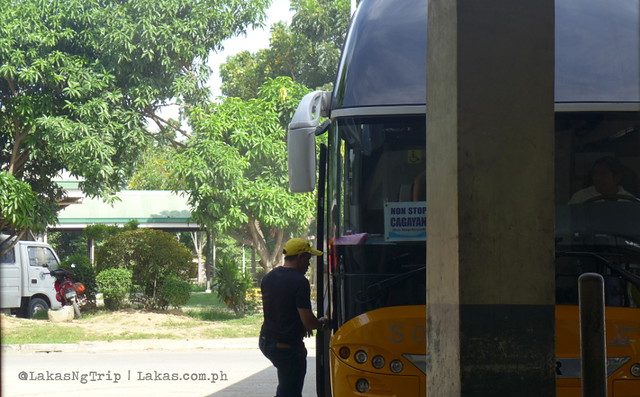 At a bus terminal in Iligan City.

Let’s say that you’ve finished going around Iligan City and since you’re not in the mood to go home yet you would like to visit other places. You’re in luck as Iligan City is actually a gateway to other places in Mindanao.

There are two bus terminals in Iligan City.

Just choose where your next destination will be after you have traveled around Iligan City.

Anyways, I hope the above list would help you on your travel to Iligan City.