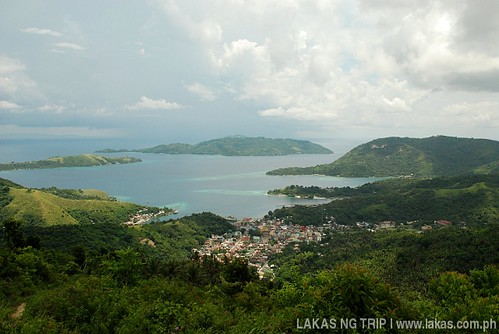 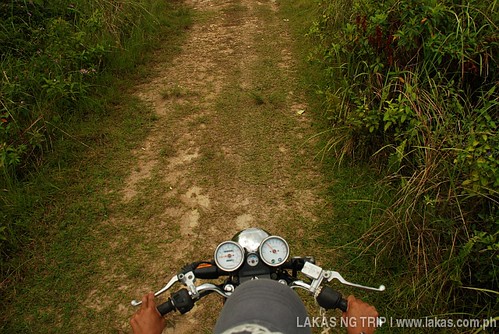 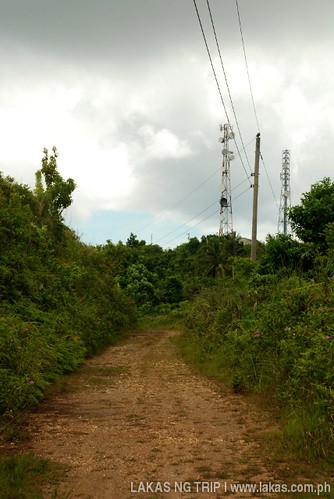 Nearing the top of Romblon Island 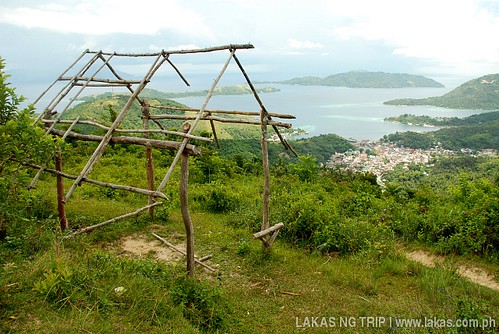 A fainter color of blue on the seas shows how shallow the waters were there. It also answered my question why the ferry to Batanas Port and going to Sibuyan Island and Tablas Island would not take a straight line as its route out of Romblon Island Port.

We did not take long on the top as the feeling of hunger was upon us (11:05AM). But I would not rob me of the chance of taking a picture of Romblon Island from the passed chance I had earlier. 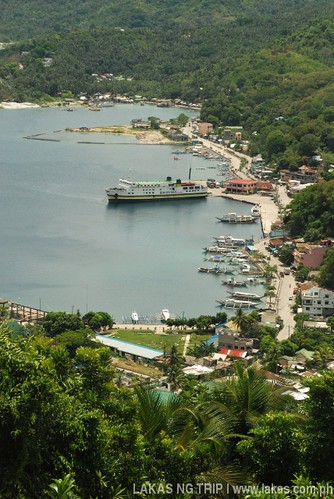 View of the Port of Romblon Island

Then we went straight to Tiamban Beach where it took us a long 20 minutes motorcycle ride. We passed by a compound fenced with strips of Bamboo and went down a flight of stairs to reveal cottages where I quickly located Dazl and food on the table under some trees. They were still cooking the food and I decided to check on the beach. 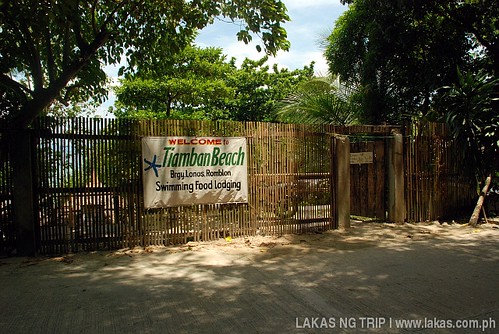 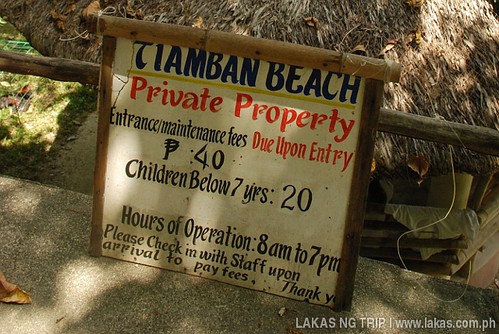 Dazl’s children were having fun when I saw them on the clear light blue waters. Some were building sand structures and some were just running and splashing around. Who would not have fun under the a sunny yet cloudy sky, a fine white beach that could easily compete with Boracay’s sands and clear waters. Every element would spell fun on the beach. 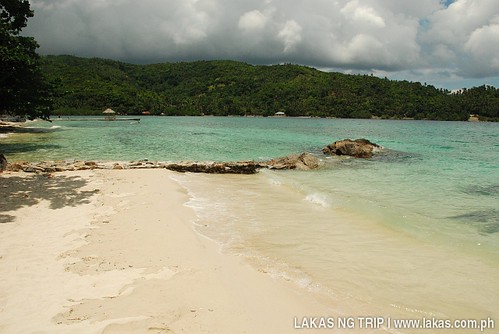 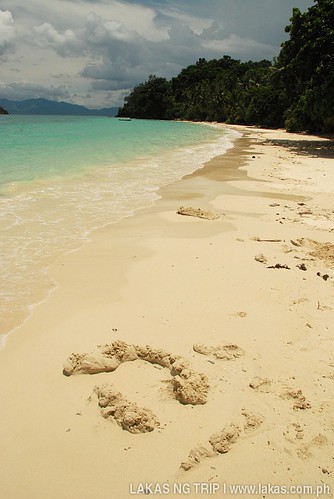 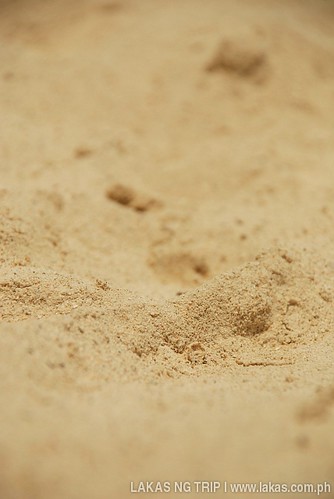 Around 2PM, we went back on the road leaving Dazl and company on the beach to continue our tour around Romblon Island waterfalls.

We then stopped by a bridge at Baranggay Agbaliga that I could easily remember from our motorcycle tour around Romblon Island and asked around on where we could locate Agbaliga Falls. They pointed us to a path in between the houses across the road. Dogs were barking as we passed by the path, which quickly became steep burning my shins. I slowed down to regain my strength and after enduring the steep climb for 10 minutes. I was rewarded by a small waterfall on the rocks. The rush of water was not grand, as to be expected on the rainless month of May, but still it was a good waterfall with a deep basin. I loved how the rocks were arranged around the waterfall. One could climb from the side and go to a different level and further upward was another basin on the rocks. 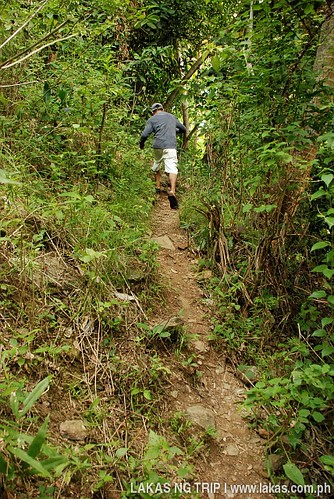 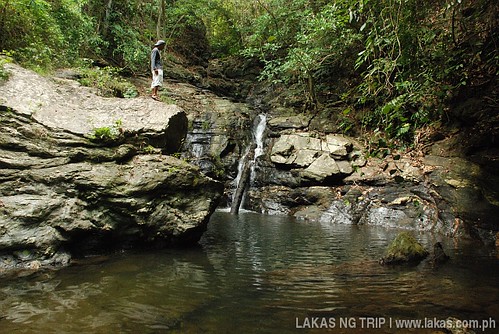 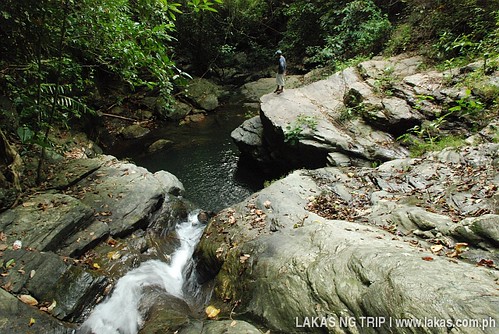 From the top of Agbaliga Waterfalls 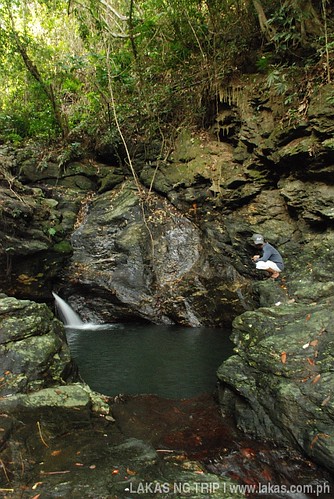 It was 4PM when we decided to go down and go back to Tiamban Beach where we spent a little more time before heading back to town.