I remember my elementary and high school history subjects teaching about the famous lines “I shall return” that was said by General Douglas Macarthur. Frankly, during those days I never gave much attention to the subject. Only memorizing the dates and names only to pass exams and avoid embarassment if I fail to answer the question by the teacher then I quickly forget and go on my life.

By chance, I remembered those two things, the words “I shall return” and the name General Douglas Macarthur. It was enough to make me excited when I heard that my relatives were going to take me to the statues that I only saw in pictures. 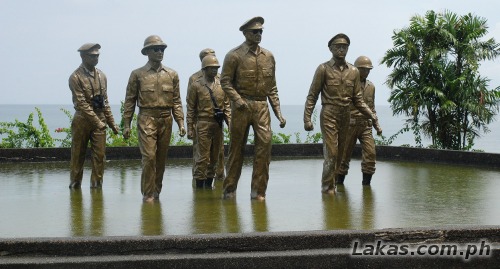 No, they are not midgets

Also my first time to learn that General Douglas Macarthur was accompanied by Former President Sergio Osmena. And on the video below I learned that this statues were not just for tourism purposes but it marks an important part of the Philippine history. In the past we were at war and now we are at peace, let’s make all effort for us to stay this way.

It’s never too late to learn Philippine history again, this time I will enjoy it.

How to Get There

From Tacloban City ride the jeep going to Baras via Government Center and ask the driver to drop you off at the Macarthur Landing Memorial Park. Fare is P12.

An alternative route is from Tacloban City ride a multicab going to Campitec and tell the driver to drop you off at the Government Center (P10), then ride a pedicab to the Macarthur Landing Memorial Park (P10). 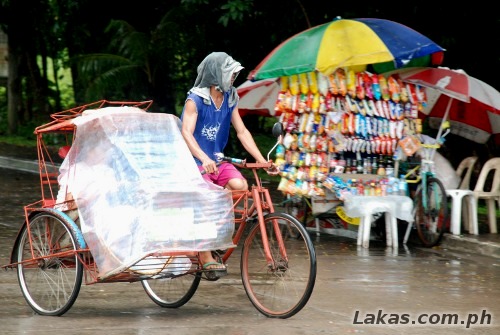 To those who know. Did General Douglas Macarthur really tripped when he landed in Leyte?