Arriving at Basey, Samar we were looking for their famous weaved banigs (mat) at the National Highway but we could not find one. Desperate, we asked the first person we saw and she explained that the shops are inside the town. She also told us that she was actually a weaver. 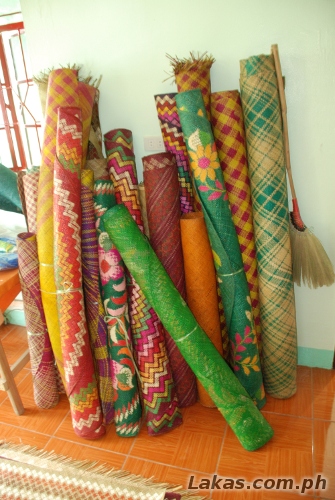 As we invited her into our vehicle she explained how the whole community is involved in making their banigs. There are two processes to make one banig before it is sold, lara (weaving) and burda (embroidery).

The naglalara (weaver) buys raw materials from Tacloban City and weaves the whole mat making the base layer. Then the naglalara sells what she made to the tagaburda (embroiderer), and they design the mats to be sold. 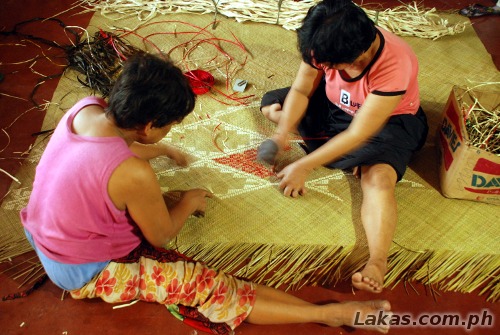 Effects of Physical Progress of the Town

I told her that I wanted to see how they weave the mats then she took us to a part of town near the rivers. Construction was all over the place. While taking pictures a random person approached me and asked if I was from the government. I told her that I just love taking pictures and share them with my friends. I learned that the place was being renovated by the government to be a boulevard and she was to be relocated along with many others but she does not want to. I wanted to sympathize with her but I also wanted the place to be neat and clean where you can see the mangroves. 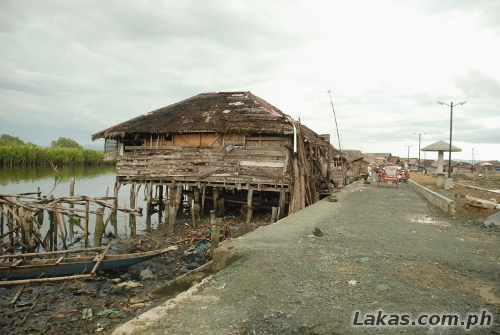 After a few moments of going through the houses we finally found a weaver. Unfortunately, she was busy doing something else so I did not see her doing her work. We proceeded to going to the shops.

It was a good thing we had someone to guide us around town as the shops looked like the usual houses! 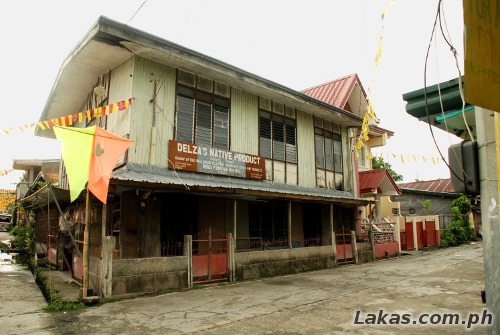 A shop that sells banig

Inside I saw embroiderers and sewers designing the banig. They need the sewers to design the weaved banigs into bags, fruit baskets, table runners and coin purses. 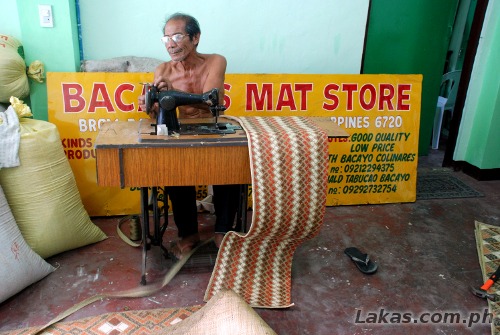 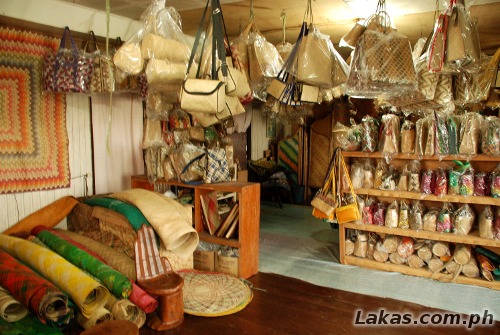 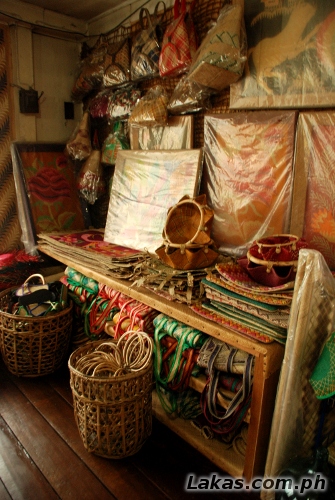 As we left we said goodbye and thanks to the kind citizen who toured us around the town of Basey. Due to lack of time I never went to the Church of Basey and Rawis Cave. Maybe next time.

Basey is pronounced as Ba-say not Ba-sey. The town is also the record holder of the world’s longest mat in Guiness Book World of Records.

How to Get There

From Tacloban City there are Buses that will be going to Basey. You can also ride a van going to Borongan and Guiuan in Eastern Samar and tell the driver to drop you off at Basey.